Artificial retinas and synthetic spider silk are among the lab breakthroughs

In early December, California-based Bolt Threads launched its latest product, a knitted hat. Designed by its partner company, Best Made, the “Cap of Courage” looks similar to many winter hats. However, what makes the hat unique is its combination of wool with a bioengineered spider silk produced using genetically modified yeast that, when fermented, generates proteins that can be spun into a fibre. The company says the material makes the hat ‘soft yet durable’.

Dan Widmaier, Bolt Threads’ chief executive and founder, believes replicating materials made in nature will unleash a wave of innovation. “Right now, what you see is spider silk,” he says. “But we are looking at the vast array of things that nature makes possible.”

However, while copying nature in biomimetics or biomimicry, as it is known, has resulted in breakthroughs in the lab, the challenge will be taking the prototypes and manufacturing them at scale.

In addition to imitating natural materials, work is also being done to replicate the function of human tissues. At Oxford university, for example, Vanessa Restrepo-Schild, a doctoral student and researcher, is leading the development of a synthetic retina that mimics natural human retinal processes.

The synthetic retina consists of a cell membrane containing aqueous droplets. “Inside those aqueous droplets we added the minimal biological components necessary to detect light and generate an electrical signal,” she explains.

Still in the early stages of development, the retina could one day allow those with retinal degeneration to regain their sight. The synthetic retina’s natural, biodegradable materials would make it less invasive than other implants and less likely to trigger an adverse reaction.

Moreover, the synthetic retina could even outperform the human version. “We don’t need to be restricted by the colours that humans normally detect,” says Ms Restrepo-Schild. “We could incorporate proteins that could detect more colours.”

As with the synthetic retina, materials produced by copying nature could have enhanced capabilities. This is because of the way nature combines the limited palate of resources it uses. While individually the components it uses may be weak, they have tremendous resilience as a composite.

One example is nacre, or mother-of-pearl, in which a biopolymer bonds together tiny plates of calcium carbonate.

“That’s blackboard chalk, which is hardly a strong material,” says Robert Ritchie, professor of materials science and engineering at the University of California, Berkeley. “But when nature makes this structure, the resulting toughness measured in the energy needed to break it can be 2,000 times greater than its individual components.”

Another example is Shrilk, developed by Javier Fernandez and a team of scientists while Prof Fernandez was at the Wyss Institute for Biologically Inspired Engineering at Harvard University. Using chitin — extracted from discarded shrimp shells — Shrilk has the strength and toughness of aluminium alloy, but at half its weight.

The biodegradable material, which replicates the strength, toughness and versatility of insect cuticle, could replace plastics in consumer products and be used in healthcare applications. And since chitin is an abundant shrimp waste product, Shrilk can be produced very cheaply.

What excites many of those looking to nature for inspiration is the potential to reduce dependence on natural resources and create more environmentally sustainable materials.

“Nature causes minimal harm to the environment,” says Andrew Parker, founder and chief executive of Lifescaped, a company that is using ideas from nature to produce new commercial products. “We need to understand why that is and try to copy that — that’s the real game changer.”

While today’s manufacturing involves everything from high energy and chemical use to the complex transportation systems that support global supply chains, nature makes everything from locally. “Nature needs to work with components that are abundant everywhere,” says Prof Fernandez. “The only way to do that is to organise those components in the most efficient way possible.”

Replicating that efficiency could result in materials that need very little energy to manufacture. “We use high temperatures to melt alloys while nature uses virtually room temperature,” says Prof Ritchie.

While progress is being made in understanding and replicating the way nature creates materials, however, developing materials that can be produced commercially will be harder to achieve.

Although additive manufacturing, or 3D printing, could help, these machines need to become more sophisticated.

“A lot of the things we’ve identified that have applications coming from nature involve units that are very small — less than the thickness of a human hair,” says Mr Parker.

“There are 3D printers that can print them, but they’re not quite accurate enough and would be too costly to do it on a large scale.”

Nevertheless, Prof Fernandez argues that progress in developing biomimetics is likely to accelerate. “Natural materials are going to bring in a completely new age,” he says. “I think we are going to see really big changes in 15 to 20 years.”

Get alerts on Harvard University when a new story is published 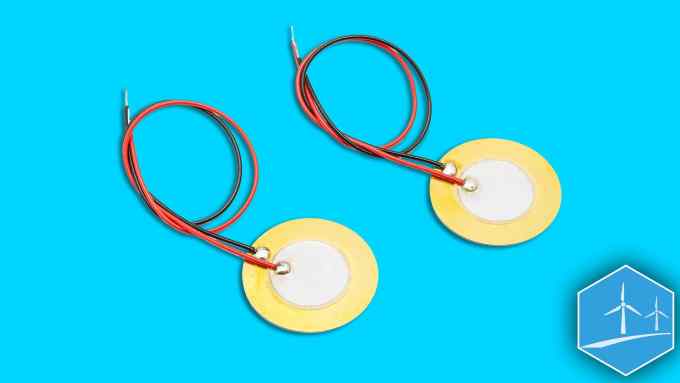