The ability to transform the energy of the sun into electricity has already changed energy markets around the world. Last year more than 90 gigawatts of solar power were installed globally — equivalent to the energy generating capacity of Turkey.

However, researchers believe that in coming years solar power could become even more efficient and cheaper than it is now. While most solar cells today are made from silicon, a key area to watch is the development of new materials for solar cells.

One of the most promising of these is a family of crystals known as perovskites (named after the Russian geologist Lev Perovski). Certain perovskites are very good at absorbing light, and have been shown to have a power conversion efficiency of 22 per cent, on par with traditional silicon cells.

Perovskites have so far outperformed other new solar materials — such as dye-sensitised solar cells or organic photovoltaics — in their ability to absorb the sun’s power efficiently. The rapid pace of improvement of perovskite solar cells since they were first tested less than a decade ago has left many scientists optimistic for their progress.

There are still some significant hurdles to overcome before perovskites are suitable for commercial deployment. Because the crystals dissolve easily, they are unable to handle humid conditions and must be protected from moisture with sealed glass plates. Also, while scientists have achieved high efficiency with very small perovskite cells, they have not been able to replicate the effect with larger cell areas.

“The perovskites are certainly not as stable as silicon,” says Michael McGehee, professor of materials science at Stanford University. “So that’s the main challenge. The other is just that it is so new — it hasn’t been scaled yet, and factories haven’t been built. It will take some time.”

The academics and small companies researching perovskites will, for the time being, struggle to match the high levels of funding going into silicon research.

“It is hard right now to go head to head with silicon and beat it,” says Prof McGehee. “The reason is that they already have massive economies of scale.”

In the near term, one solution advocated by Prof McGehee is the use of “tandem” solar cells, which layer a perovskite on top of traditional silicon. The perovskite cell, which is semi-transparent, captures certain wavelengths in the visible spectrum of light, allowing other wavelengths to pass through and be captured by the silicon cell underneath.

Prof McGehee’s research has shown that a tandem cells are 10 per cent more efficient than silicon cells alone. It could be a way for the new material to break into the silicon-dominated market.

“If you go on top of silicon, you are essentially upgrading something that is a $30bn per year market and offering silicon companies something that can improve [their output],” he explains.

If the hurdles of scale and stability can be overcome, perovskite solar cells have the potential to change the economics of solar power, as they are much cheaper to produce than silicon cells. Perovskite crystals can be produced at relatively low temperatures, unlike silicon which requires a tremendous amount of heat to make a wafer.

“The hope is to make [the cost] pennies per watt. That is the goal of these solar cells,” says Nitin Padture, director of the institute for molecular and nanoscale innovation at Brown University. “The versatility and the possibilities of these materials are quite exciting.” 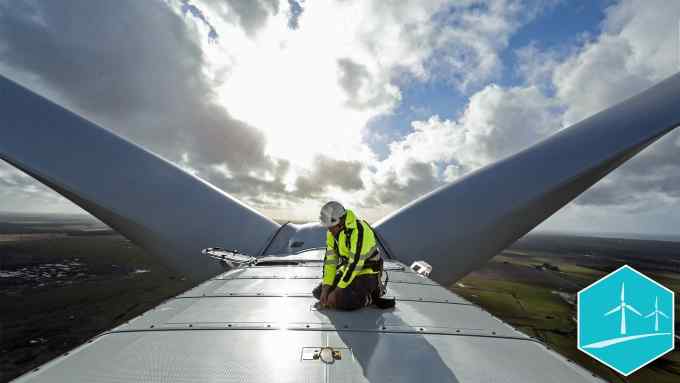