The Internet of Things (IoT) is growing rapidly, as huge numbers of connected meters and machines come online, all bristling with sensors to measure the world around them. But what will power all this electronic gadgetry?

It is this kind of question that is driving the Towards Zero-Power Electronics initiative at Fraunhofer-Gesellschaft, Europe’s largest institution for applied research.

“The way we tackle electric power consumption in the internet of things has got to change,” says Erik Jung of the business development team at the Fraunhofer Institute for Reliability and Microintegration (Fraunhofer IZM) in Berlin.

The term ‘zero power’, he adds, denotes a direction of travel in this research, and remains a distant prospect today. The real focus is on low-power electronics and on achieving incremental improvements in energy efficiency.

“Whenever you rely on electronics to do some number crunching or to transmit some data, energy will be consumed. There is no escaping that fact, but there is still much we can do to minimise power needs in the IoT,” he says.

According to the US National Science Foundation, the IoT will comprise 50bn smart ‘things’ by 2020 and one trillion sensors shortly after.

For some sensors, attached to machines with their own power supplies, power is not a problem. Where wireless sensor terminals are deployed over wide areas and in remote locations, as in agricultural or smart grid applications, concerns over battery life and maintenance costs quickly arise.

One area of Fraunhofer’s research, focuses on the development of ‘wake-up receivers’. These devices use ultra-low currents to monitor wireless sensor networks and only fire up components from a sleeping state when they are required to handle an incoming request or instruction.

Another Fraunhofer focus is the development of on-chip batteries; this looks at using nanotechnologies to etch minuscule cavities on the back of semiconductors or microcontrollers, capable of holding an electrolyte or a capacitor to power that component.

A third area of interest for Fraunhofer, and for a number of other organisations worldwide, is energy harvesting, whereby power-generating elements are incorporated into electronic systems. These might include solar cells, piezoelectric elements and thermoelectric elements, for example, to turn sunlight, vibration and heat energy, respectively, into power.

The hope here is that energy harvesting could help to extend battery life, where it is used in conjunction with batteries — or potentially, to eliminate the need for batteries entirely. The problem is that the amount of energy ‘scavenged’ from the environment can be variable, if temperatures drop or the sun does not shine, making this unsuitable for IoT systems which need to gather and transmit large amounts of data frequently. At Fraunhofer, work is under way on investigating materials that offer the best power conversion rates for use in energy harvesting.

Energy harvesting might soon be seen in a number of everyday items. In the UK, for example, Drayson Technologies has developed Freevolt, an energy harvesting technology that harvest the ambient radio frequency (RF) energy from created by mobile phones and WiFi transmissions. Drayson has already used FreeVolt to power its Cleanspace tags for monitoring environmental pollution, but now it’s working on bringing the same technology to credit cards.

“Smart cards are becoming more secure, but like many technologies, they need more energy to achieve the increased levels of security and privacy demanded by the market,” explains company founder Lord Drayson, a former Labour government science minister. A credit card equipped with Freevolt, for example, could capture RF energy when placed on card readers and smartphones, and then use that to run on-card security functions such as biometrics, he says.

Similarly, researchers at the University of Washington in the US demonstrated a batteryless smartphone this summer, which can run on power harvested either from ambient radio signals or light.

According to Shyam Gollakota, associate professor in the university’s Paul G Allen School of Computer Science & Engineering, this could be the first functioning mobile phone to consume almost zero power: “To achieve the really, really low power consumption that you need to run a phone by harvesting energy from the environment, we had to fundamentally rethink how these devices are designed,” he says. 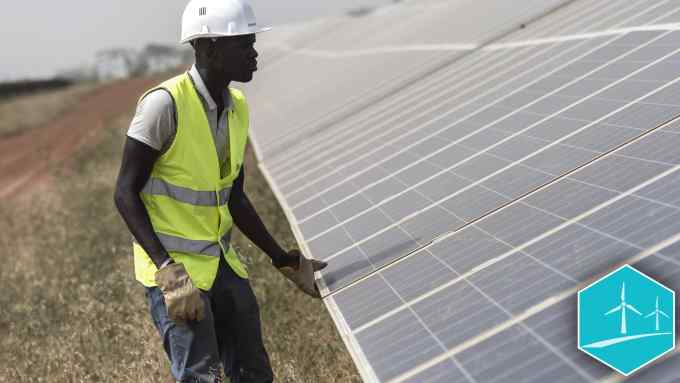