We’ll send you a myFT Daily Digest email rounding up the latest Graphene news every morning.

The physics sensation of the 1980s was the discovery of “high-temperature superconductivity” by Georg Bednorz and Alex Muller at IBM’s Zurich Research Laboratory. They discovered a novel ceramic material that conducted electricity with zero resistance at 35K (35 degrees above absolute zero) or -238C. That was about 15C above the previous decades-old record.

The discovery, recognised with a Nobel Prize in 1987, set scientists’ imaginations racing about the prospects for developing room-temperature superconductors that would transmit electricity without loss.

Imagine a shop assistant asking “regular or superconducting?” when you walk into a hardware store

In the event, progress has been much slower than the optimists had expected. Yes, the temperature at which electrical resistance sets in has been raised to around -135C in some exotic oxide compounds containing copper and other elements such as barium and bismuth. This means that they can be cooled with liquid nitrogen rather than the colder and more expensive liquid helium required to maintain superconductivity in metal circuits.

Unfortunately the ceramic materials of today’s best high-temperature superconductors are not easily manufactured into wires or cables for practical use. As result most applications, such as the ultra-powerful magnets in scientific equipment, still use low-temperature superconducting wires — particularly alloys of niobium and tin, cooled by liquid helium.

However researchers are gradually pushing up superconductivity temperatures, and there is still hope of a breakthrough towards room temperature, as new materials are tested. At the same time physicists see much scope for improvement in their theoretical understanding of the resistance to the flow of electrons through solids, which should enable them to design better superconductors.

A surprise came in 2015 when a team at the Max Plank Institute for Chemistry in Germany subjected hydrogen sulphide, the simple compound of hydrogen and sulphur notorious for smelling of rotten eggs, to extreme pressure (1.5m atmospheres). It was superconducting up to -70C, the highest proven temperature so far.

Computational modelling leads scientists to suspect that other hydrides (hydrogen compounds) might lose their resistance when even warmer than that. As the American Physical Society says, this “brings us closer to a reality in which superconductors could be cooled with ice instead of expensive liquid helium or liquid nitrogen systems”.

Pure hydrogen may also be a potential superconductor under extreme conditions. Harvard University scientists created a small quantity of “metallic hydrogen” early this year by compressing the element between two diamond anvils at a pressure of 5 million atmosphere.

Not enough was made to test its properties but theory suggests it should be both superconducting and metastable — meaning that, after the pressure is released, it would retain metallic superconducting properties. Even so, the production of useful quantities of metallic hydrogen would pose a formidable manufacturing challenge.

Graphene, the celebrated wonder material discovered at Manchester University in 2004, is another candidate for high temperature superconductivity. Besides their great strength and flexibility, the two-dimensional sheets of carbon atoms that make up graphene have remarkable electrical properties which may include the ability of current to flow across the sheets without resistance.

Researchers have found it hard to activate this superconductivity in practice, though a Cambridge university team succeeded in 2017 by coupling graphene with a known high-temperature superconductor. If graphene superconductivity can be exploited, this is more likely to be for small electronic devices rather than large-scale applications like transmission cables and magnets.

Computing to the rescue

Looking further ahead, designing high-temperature superconductors is the sort of materials science for which new computer technology will be highly suited. Both artificial intelligence and quantum computing should be able to test an almost infinite number of atomic combinations in silicon and work out which ones are most likely to remain superconducting as they warm up.

To illustrate the possibilities, the American Physical Society invites you to imagine a shop assistant asking “regular or superconducting?” when you walk into a hardware store to buy wire. “This ultimate promise of superconductivity — a practical material with no resistance at room temperature — may never be fulfilled,” it says, “but researchers are hoping to develop a superconductor that will revolutionise our everyday world.”

Get alerts on Graphene when a new story is published 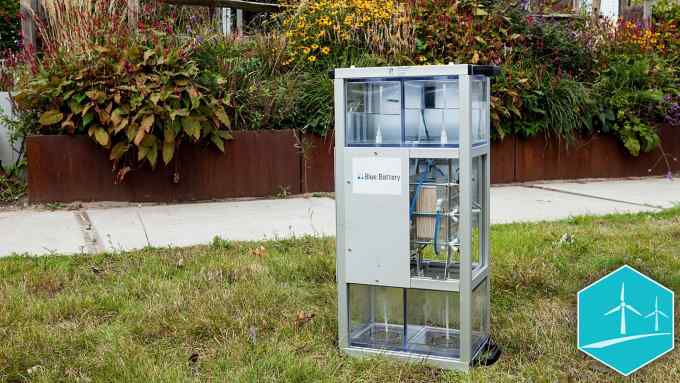