A training course to get 1m mothers coding

Sue Black left home and school at 16, and did not return to education for a decade. “By that time, I was a divorced single parent bringing up three young children on a council estate on my own and living on benefits,” she says.

Convinced that education would enable her to escape poverty, Black signed up for a maths access course at her local college in Southwark, London. There followed a degree in computing at London South Bank University and a doctorate in software engineering, during which time she was appointed to a full-time academic post as a lecturer.

“Gaining an education in technology massively changed my life,” says Black. “It provided me with a career, gave me a huge amount of insight into how the world is changing and benefited my children, too.”

Keen to share the benefits, in 2012 she set up #techmums, a company with a mission to empower mothers with knowledge of technology. #techmums offers mothers short courses — two hours a week for six weeks — in basic skills such as app and website design, social media, staying safe online and coding. A free online version aiming to reach 1m mothers by 2020 will launch later this year.

Black has long campaigned to attract more women into technology. When she began her PhD in 1993 her supervisor urged her to attend conferences and network with people, but she found her motives were often misinterpreted. “In those days, most delegates at tech conferences were men and when I tried talking to them, they thought I was chatting them up,” she says.

Being shy, she blamed herself for not knowing how to speak to people. Then, in 1998, she went to a women in science conference in Brussels. “That was a completely different experience, because everyone was talking to each other and we were all so excited,” she says.

She came back keen to find a way of helping women in technology have conversations with colleagues and avoid the risk of their intentions being misinterpreted. The result was an online network for women in technology under the auspices of the British Computer Society — BCSWomen.

“The idea was that women could ask their peers questions or seek advice on anything from going for a job interview to a complicated technical question,” says Black. “It was a roaring success. Some 130 women signed up immediately and there are about 1200 members now.”

Between 2008 and 2011 she also led the campaign to save Bletchley Park — the second world war code-breaking base near present-day Milton Keynes — and highlighted the fact that more than half of its 10,000 staff were women.

Five years ago, Black started running coding workshops for children. But when she tried to get parents involved, she noticed it was usually fathers who responded. She realised that mothers can lack confidence with technology as well as being too busy to spare the time to learn. Many of them see technology as a threat rather than an enabler, she says. “I don’t think everyone should be a software developer, but I do think that learning the basics of coding helps demystify computers.”

The course changed my life, and has helped my business grow 10-fold

That was when she set up #techmums. “I wanted to create female role models, because only about 20 per cent of people in tech are women. Also, the educational level of mothers has a direct bearing on the achievement of their children, so their lack of knowledge could be holding their kids back.”

The first #techmums courses took place in Tower Hamlets, east London, where Black found a school that had pupils from diverse backgrounds, families on low incomes, and was enthusiastic about the idea. The headteacher was happy to provide classroom space for the course during the day, so that mothers could learn while their children were occupied in school.

“From the beginning, we had some great results, with people saying it had changed their lives, sometimes very quickly,” Black says. Some 200 women have now taken the course in London, Dublin, Nottingham and Essex.

Ahmina Headley, an early participant, says that gaining confidence with computers was a big advantage. She runs Ocean Designs, a London-based clothing retailer specialising in uniforms. Aged 56, she did not learn about technology at school.

The course fulfilled her expectations of being straightforward and non-threatening for a person without a computer background. “It changed my life, and has helped my business grow 10-fold over the past five years,” she says.

Headley realised that instead of having to post samples of logos and badges to schools and businesses, or make visits in person, she could take photographs and email them. The process of design and development became much more efficient overnight. “In addition to basic skills, the course gave me the confidence to experiment, using trial and error for tasks such as producing my own leaflets,” Headley says. “I used to think you had to be an expert but computers are second nature to me now. The course has opened so many doors.”

Putting the #techmums course online will widen access. More than 800 women have signed up in advance of the launch. “We want to test it with some of those people before we go live,” says Black, whose ultimate aim is to educate mothers in technology worldwide. “With an online course, that’s a lot easier than in the classroom.”

In a separate venture, #techmums is targeting 500 young mothers aged 16 to 24 across the UK in an initiative funded by Nominet Trust, a charitable foundation, and run in partnership with Home-Start UK, a charity that supports families with young children. Over the next few months until March 2018, this will involve “Tech Extravaganza” days that mothers can attend with their families and participate in workshops to learn skills such as creating an online CV.

At present, all #techmums courses are free to mothers and paid for by sponsorship, donations and organisations such as Nominet Trust. But Black is open to business models including funding by advertising, and paid-for or follow-on courses for those who can afford it. She plans to work with other organisations, such as councils and housing associations.

“So we’re looking for a scalable model that is not too expensive to run,” Black says. With interest coming in from the US and countries in Europe and sub-Saharan Africa for the #techmums programmes, scale may soon be needed.

This article has been updated. The BCSWomen network has 1200 members rather than 200. 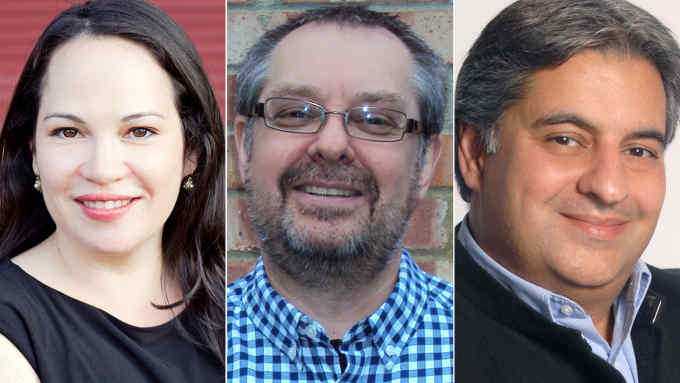