Start-ups are stepping in to help with housing, translation and education

When, this July, French president Emmanuel Macron called for “no more people in the streets and in the woods”, he found an unexpected ally for his call to house homeless migrants: Airbnb, the San Francisco-based online accommodation company.

Airbnb’s normal business is to help people let out their homes to tourists and holidaymakers, but its new initiative, Open Homes, connects hosts with charities that are trying to house refugees. The service is available worldwide, but Airbnb has so far set up agency partnerships in the US and Canada, as well as France, Germany, Greece, Italy and Spain — which have sometimes struggled to accommodate large numbers of new arrivals.

In July, a few weeks after Open Homes’ launch in France, more than 600 Airbnb accommodation providers had registered to host a refugee. The company’s aim is to have facilitated shelter for 100,000 refugees by 2025.

Emmanuel Marill, head of Airbnb France, believes that because the whole of Europe is facing the challenge of the refugee crisis, companies such as Airbnb are well placed to help. “What we are good at is connecting people — we know how to do it; we are experts at it. We wanted to transfer this knowledge to help refugees,” he adds.

We do a lot of education. Some of the start-ups have never met a refugee — we give them an opportunity to do so

Other companies, including many from the technology sector, are also getting involved in managing the biggest flow of displaced people since the second world war. The Migration Policy Institute, a Washington DC-based think-tank, says that since the crisis started in 2015, there has been “an explosion of social and technological innovation” to address it.

Various start-ups and tech initiatives have emerged to help refugees at almost every stage of their journey, from route planning and identity processing, to translation, accommodation, job hunting and integrating into new societies. When it comes to housing, organisations such as Refugees Welcome, Home4Refugees and CALM are offering a similar service to Airbnb.

Joséphine Goube is chief executive of Techfugees, a London-based social enterprise that is co-ordinating services offered by tech businesses internationally to help refugees. Techfugees also says it “exists to empower the displaced with technology”. Goube says many technology businesses and entrepreneurs have expressed an interest in helping non-profit organisations to automate their processes.

“We were dismayed how a lot of charities were struggling with responding to the needs of refugees during the summer of 2015. Technology can scale quickly and that is why it can be useful in these situations,” she says.

Techfugees is helping to enable collaboration between charities, people from the technology sector and refugees by organising hackathons, meet-ups and conferences. Its biggest event so far — the Techfugees Global Summit — is taking place this week in Paris at Station F, a vast start-up campus.

“We do a lot of education,” Goube says, adding that charities can learn from the resourcefulness of technology companies. “At the same time, some of the start-ups have never met a refugee — we give them an opportunity to do so,” she says.

Co-ordinating the efforts of refugee-centred tech start-ups is essential. Goube notes that many similar ideas are implemented separately in different countries. Coding schools are one example: as the refugee crisis developed, many European entrepreneurs offered to help migrants by teaching them how to code.

“We gathered all of them [coding schools] together: it turned out they have similar experiences, and that they face similar challenges,” she says. “We decided to set up a consortium called Room7, where 14 of the schools teamed up. Now they are planning to go fundraising together because together we have immediate scale and greater impact.”

Louisa Mesnard, a French entrepreneur, attended a hackathon in Paris organised by Techfugees. Together with seven other international volunteers she came up with the idea of TextFugees, an application that aims to facilitate communication between refugees and charities.

Charities and tech people often do not talk the same language. Charities are afraid their everyday efforts will be replaced by robots

TextFugees allows charities to send group text messages to refugees, according to their interests and needs — for example, on job vacancies, rooms to let or asylum application updates. The organisation is currently testing its service, with the aim of launching it first in France.

TextFugees is similar to text-based projects such as Refugee Text and Nowall, but Mesnard does not see it as a competition. “We do not want to earn money on the project — we simply want to make an impact, make a change,” she says.

Goube says it can be difficult to get non-governmental organisations to adopt technology. “Charities and tech people often do not talk the same language. They [charities] often don’t master the technology. They are afraid that their everyday efforts will be replaced by robots and machines,” she says.

Mark Howie, financial director at asylum centres in Hemsedal, Norway, agrees that sometimes people in his sector are afraid of new technologies. “They are worried of small changes — those that eventually make a big change,” he says. Nevertheless, the pressure of the refugee crisis is forcing many organisations to turn to technology. In 2015, when a large wave of refugees arrived in Europe, Howie ended up with seven additional facilities to manage. It meant dealing with people who spoke 12 different languages, and finding a good translation service became essential for his everyday work.

He tried TikkTalk, a start-up co-founded by Rodney Boot, a Norwegian entrepreneur. It is a platform that matches stakeholders, such as charities, with translators. “The platform is very easy to use and you can choose interpreters you like. The traditional interpreting agencies were sending us random interpreters, often of very low quality,” Howie says.

Helping refugees was exactly what Boot had in mind when he came up with the idea. “The [traditional] market is very inefficient, interpretation agencies still work in an old-fashioned way, and we automate the whole process,” he says.

So far, TikkTalk has only operated in Norway but plans to extend its activities to other countries, such as Italy and Greece. “I don’t think that the main refugee crisis is over — we believe that there will be new waves of newcomers and we will be there to help,” Boot says.

Get alerts on Global migration when a new story is published 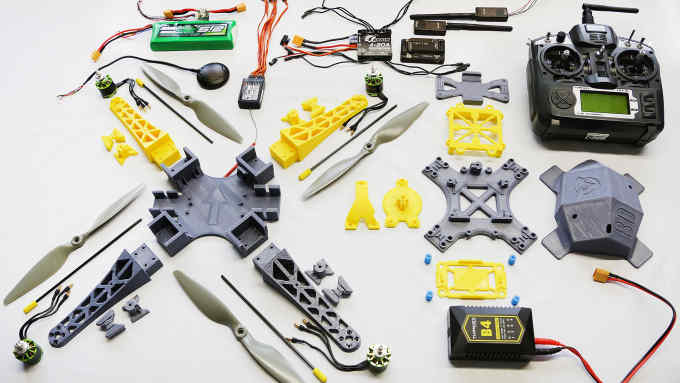