Capturing the interest of students in maths and science classes can be tricky, but a Catalan start-up is hoping that drones might be the answer.

BonaDrone, started by five childhood friends in the small town of Vallbona d’Anoia, an hour’s drive from Barcelona, is developing kits that allow students to design, 3D-print, assemble and finally fly their own drones. The team wants to encourage the next generation of engineers by democratising access to skills such as coding and robotics. Josep Tomàs, chief executive, says the company was started with an ambition “to bring technology closer to the people”.

A central part of the process is empowering teachers. Many educators lack the practical skills and resources to teach students about new technologies such as 3D printing and drones. BonaDrone is attempting to bridge this gap with an all-in-one package.

Getting more students interested in science, technology, engineering and maths (Stem) is a Europe-wide issue. The European Centre for the Development of Vocational Training, an EU agency, has pinpointed Stem professionals as a “priority mismatch occupation”. Not enough young people are studying these subjects, entry requirements and dropout rates are high and female participation is low. Several EU countries also suffer from brain drain, with skilled citizens leaving for better jobs elsewhere.

The reasons for low numbers of students following Stem pathways are varied. Pep Martí, BonaDrone’s head of product design, argues that teachers lack the resources to introduce topics in ways that appeal. “They know what they want, but they don’t have the tools to make it happen,” he says. A BonaDrone kit costs about €300 and comes with materials tailored to the class being taught.

“We present ourselves as a bridge between the educational world and the technology world. Teachers want tools that excite their pupils, so we have given the drone an extra purpose. It becomes something different than a toy.” Martí says that within a day or two, the pupils working with a drone “will know more than the teacher”.

José Cabrera Lozano, founding partner of extracurricular centre Edukative in Barcelona, is trialling BonaDrone’s teaching kits. The package, he says, takes students through a process lasting several weeks “from the printing of the plastic pieces to learning how to fly the robot, through assembly and understanding its electronic operation. All these challenges help our students work as a team, learn from their mistakes and get out of their comfort zone.”

BonaDrone is not the only company to have discovered that drones are a good way of attracting the attention of a young audience. Ocean Alliance, a marine conservation charity, is using drones to humanely collect whale samples as part of its SnotBot programme.

Iain Kerr, chief executive, says this has helped generate interest in the organisation’s work. “We are using drones in a way that is profoundly changing how we do marine mammal science. And yet we have given it a silly name, SnotBot, to engage kids,” he says. “New technologies mean that science is no longer going to be a prerogative of the privileged. It is our job to be creative with them in a way that inspires the researchers of tomorrow.”

To date, BonaDrone has been funded by its founding partners. However, with several trials under way in Barcelona, including ones with a private school and the Polytechnic University of Catalonia, the team is seeking outside investment and is in talks with several accelerators. Having just launched a slightly smaller, more classroom-friendly version of the drone kit, BonaDrone is looking for help in marketing and scaling the business.

Martí remains coy about BonaDrone’s prospects. He offers a Catalan phrase his grandmother was fond of, “Qui compta endavant, endarrere cau”. It suggests that those who spend too much time looking forward will quickly fall back.

Fortunately, the BonaDrone team spends most of its time looking up. 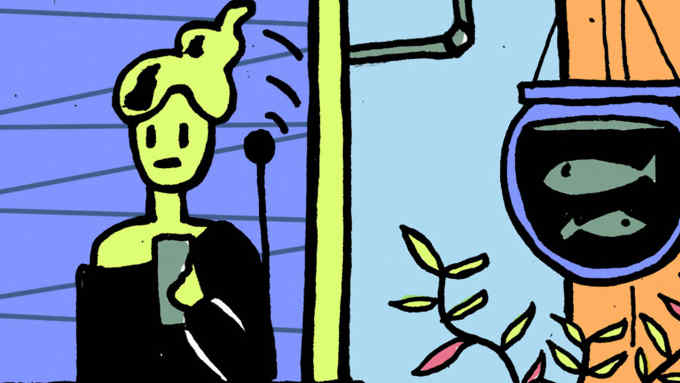