Open data is shaking up civic life in eastern Europe

I often imagine how different the world would look if citizens and social activists were able to fully understand and use data, and new technologies. Unfortunately, the entry point to this world is often inaccessible for most civil society groups.

At TechSoup, a global network which manages technology philanthropy programmes, we are trying to reduce such barriers by connecting unlikely collaborators, such as hackers, designers, government and local authority officials and social activists. In our work, innovation starts with merging online and offline worlds. Just providing access to technology is not sufficient. Non-profit organisations, activists and individuals need to be educated in how to use it.

One of our areas of focus is civic technology. The concept of open data has revolutionised thinking about citizens’ participation in civic life. Since the fall of communism, citizens across central and eastern Europe have been fighting for more transparent and responsive governments, and to improve collaboration between civil society and the public sector. When an institution makes its data public, it is a sign that it is committed to being transparent and accountable. A few cities have opened up data about budget spending, for example, but these remain the exception rather than the rule. Open data provides citizens with a tool to directly engage in civic life. For example, they can analyse public expenses to check how their taxes are used, track their MP’s votes or monitor the legislative process.

In Warsaw, TechSoup launched one of the first open data platforms in central and eastern Europe. This included data from Warsaw’s public procurement ledger, municipal property for sale, noise and air pollution maps, public transport timetables and demographics. We organised an open data app competition for citizens, crowdsourcing then incubating the best ideas. We brought IT specialists, activists and officials together for real-world meet-ups, camps and hackathons. One of the winning apps was Warsaw Ninja, which allows public transport users to share information about delays in real time. Another example is the Curtain Up! app, which lists Warsaw’s cultural events.

Innovation needs space for failure. Only by taking risks can you have a real impact

We have run similar challenges in Ukraine and the western Balkans. One of the successful projects in Ukraine is the Open School app, which provides reviews and ratings of secondary schools based on indicators such as the number of pupils who go on to university, school subject specialisations and accessibility. It allows students and parents to make informed decisions about their educational path.

This year in Ukraine we are focusing on helping cities open and publish their data — on health services, education, culture, procurement plans, budget reports, public transport and playgrounds — on a national portal. Fifty-five cities have applied to work with us on this — we had originally only planned to involve five. We are working with Opora, a non-governmental organisation focused on civil society, to see how the data can be used in local communities. Citizens will be encouraged to contribute to the debate. This approach has the potential to fundamentally change the way we respond to social needs and challenges.

Video: Is social media empowering us or manipulating us?

Another example comes from the Serbian city of Pancevo, where a maths teacher and a tax inspector have worked together to help people navigate the tax system. The idea is simple: the more people know about taxes, the less likely they are to unconsciously violate the law. Open Taxes is a free, web-based, interactive guide to key national and local taxes.

Hackathons, web contests, camps and workshops have been a crucial part of our work in creating and empowering ecosystems. Some people argue that hackathons aren’t worthwhile because they hardly ever result in a perfect technical product or ready-to-use solution. TechSoup believes, however, that innovation needs space for failure. Only through trials, risk-taking, learning and collaboration, with no fear of failure, can you have a real impact. In this way we hone not only the final product but also the process of implementing it. Events like hackathons are not only about building a tech product but about putting people in the centre of the process. Many small bricks eventually become bridges, decrease gaps in societies, increase cross-sector co-operation and empower both citizens and social activists. 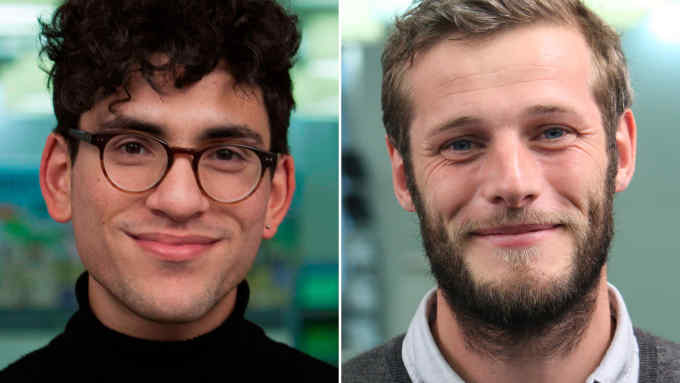