It is Saturday evening in the 14th arrondissement of Paris and people are gathered for an outdoor party. The event has one distinctive feature, however: the booming speakers and turntables playing the music are powered entirely off grid, by two large solar panels and two bikes linked to generators, pedalled by partygoers.

“We can party all night, after the sun has gone down,” says Cédric Carles, founder of Solar Sound System, the collective that has put on the gig. “If the pedalling stops, it means people don’t want any more music.”

Carles’ ambitions stretch far beyond entertainment. He wants to create a viable business model for eco-friendly music events, which would pay for research into sustainability. He created the Solar Sound System concept in 1999 in the Swiss city of Lausanne, and has since opened five permanent branches — in Paris, Berlin, Marseille, the Basque country and Tel Aviv. He plans to keep expanding, with London and Hong Kong in mind as the next locations. Each branch, except for the main Paris location, is set up as a franchise and pays 20 per cent of its profits back to Solar Sound System.

Each Solar Sound System site hosts public parties, which are often free, paid for by the profits they make from hiring out the technology for private events, from drinks proceeds and from sponsors such as Enercoop, a renewable electricity co-operative. There are currently 15 such DJ systems across Solar Sound’s branches, each of which costs about €25,000 to make.

Profits from private functions are also used to finance other sustainability projects, such as an internet radio station whose server is powered by solar energy, research into repurposing green technologies of the past and a device for recharging disposable batteries, called RegenBox. The projects are overseen by Atelier21, a think-tank that Carles runs with Thomas Ortiz, his project manager and the co-founder of Solar Sound’s Paris branch.

The founders want their gigs to make the idea of alternative energy feel concrete rather than theoretical. The choice of venue, too, often reflects an ethos of community and sustainability. The Paris event is taking place at a former hospital complex that is home to several social enterprises and an emergency shelter for people in need. In Tel Aviv, parties are put on near the central bus station, an area in the south of the city with a large community of refugees from Sudan and Eritrea. A group of these refugees played Sudanese music at the most recent event, explains Rubens Ben, co-founder of Solar Sound’s Tel Aviv branch.

The collective also takes the technology to schools and to international events, such as the 2015 United Nations Climate Change Conference in Paris.

“Most rhetoric and campaigns about energy are anxiety-inducing,” says Carles. “They make people afraid, with talk of climate change and taxes. Here the idea is to have a celebration, to inverse this tendency we have to associate energy with feeling pressured. For us, energy is a party.”

The group’s founders insist that their events are not mere raves for part-time bohemians and that they encourage people to use renewable energy. As they finish cycling, several people at the Paris event say the process has made them think more about energy consumption and alternative sources.

“You see before your eyes how much energy the cycling and solar panels are producing and it plants an idea in people’s heads, which they then think about later,” says Mickael Rodrigues, a computer engineer, enjoying a beer next to the bikes.

Some admit they are struggling to imagine how the technologies on show are viable energy sources for everyday use, while others flirt with using the bikes at home in a limited way.

“It’s never going to power the electricity in my whole apartment, but even as a supplement it’s a good idea,” says Nadim Bel Lallahom, a design consultant, following a cycling session. “I have quite a few friends who like biking, but in the winter it’s so cold that they do home training and that is exactly the same system.”

“We have the power to plant the seeds,” Carles says. “It is about showing people that this is one of the avenues. We don’t say ‘we have the solution’, but we do say ‘this is part of the solution’.”

Carles concedes that producing larger quantities of energy by bike is both expensive and inefficient compared with some other renewables. Solar energy, in conjunction with an array of other renewables, is where he has real hope for the growth of a viable alternative to carbon. Wind and solar power are predicted to go from producing 5 per cent of the world’s electricity today to 34 per cent by 2040, and the cost of electricity from photovoltaic panels is predicted to fall 66 per cent by then, according to estimates by Bloomberg New Energy Finance.

Storing generated energy for later use remains a significant challenge, Carles says. Energy is lost during the electricity conversion and storage processes, which is where he is focusing Atelier21’s research. “[Storage] is the key,” he says. “It’s what’s missing and what’s very costly.” 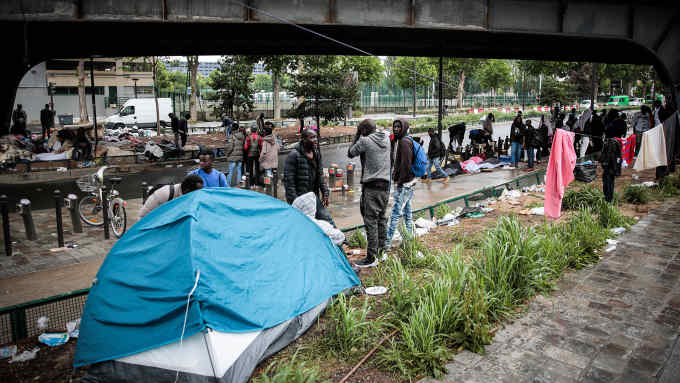