Orkney project shows potential of hydrogen as a fuel source

The gas may be best option for heavy transport such as trucks, ships and trains

Orkney, a sparsely-populated archipelago 10 miles off the northern tip of mainland Scotland, is not an obvious place to go looking for the future. Yet the windswept islands have become one of Britain’s foremost centres for innovation in renewable energy — including the use of hydrogen as a cleaner alternative to fossil fuels.

Orkney’s focus on hydrogen stems from its need for a way of storing energy from the islands’ prolific wind and tidal resources, which frequently generate more electricity than the local power grid can accept.

A range of public and community investors, from the EU to Orkney Council, have financed an electrolysis machine to turn surplus energy into hydrogen. The process works by splitting water into its component parts — hydrogen and oxygen — with an electric current.

The resulting hydrogen is stored as compressed gas to be used at a later date in fuel cells which reverse the electrolysis process to produce electricity. The power is used as a substitute for fossil fuels in ships docked in Kirkwall, capital of Orkney, reducing local pollution and carbon emissions.

“If we do not use [surplus wind and tidal power] it just blows or washes past so we may as well do something with it,” says Neil Kermode, managing director of the European Marine Energy Centre, based on Orkney. “We’re trying to take energy out of the sea and use it for things like transport and heat.”

The project is a small-scale example of the role which enthusiasts believe hydrogen can play in decarbonising the world economy. As wind and solar power generation rapidly grow as a share of global electricity generation, the problem of balancing intermittent output is becoming ever more acute.

Hydrogen has so far lagged behind battery technology in the race to become the dominant form of energy storage. Increasingly large batteries are being integrated into power grids to mitigate the volatility of renewable generation. The growing global fleet of battery-powered electric vehicles could also help balance supply and demand — if recharging is done when power is plentiful.

Yet, hydrogen has several advantages. Whereas batteries are heavy and require supplies of scarce lithium and cobalt, hydrogen is the lightest and most abundant known element in the universe. It produces nothing but water as a byproduct when used to produce electricity.

Hydrogen’s flammability was made notorious by the 1937 Hindenburg airship disaster but advocates say the risk can be managed, just as it is for fossil fuels. Nasa, the US space agency, has used hydrogen as a rocket fuel since the 1950s.

Why, then, are more places not rushing to embrace hydrogen in the way that Orkney has? Elon Musk, founder of Tesla, the electric vehicle (EV) company, has dismissed fuel cell technology as a “scam” and “mind-bogglingly stupid” because separating hydrogen from water through electrolysis consumes more electricity than the resulting hydrogen can produce.

Mr Musk is winning the argument so far, at least in terms of road transportation where fuel cell vehicles are struggling to compete with EVs. Global carmakers have been investing in both technologies but, whereas global EV sales have reached about 3m, only a few thousand fuel cell vehicles have been sold, mostly in Japan and California. The majority of these have come from Toyota which says it remains convinced there will be a role for hydrogen-powered cars because of their greater range and faster refuelling than EVs.

Sceptics cite obstacles including the lack of hydrogen fuelling infrastructure and the costs of storing and transporting the gas. Enthusiasts say that, even if EVs end up dominating the passenger car market, the greater energy density of hydrogen will make fuel cells a better option for heavier transportation, such as trucks, ships and trains. Trials of a hydrogen-powered train developed by Alstom of France started in Germany last year.

Hydrogen also has wider potential uses as a source of heating in homes and industries. A pilot scheme is planned to substitute hydrogen for methane in the local gas network of Leeds, in northern England, with an aim of cutting carbon emissions from heating by almost three-quarters. Hydrogen will be extracted from existing natural gas supplies and the carbon removed and stored underground. Planners say only minor modifications of existing gas infrastructure and appliances will be required. The scheme aims to be operational in the late-2020s with a view to nationwide rollout if successful.

Hydrogen could account for almost a fifth of global energy consumption by 2050 and contribute a similar proportion of the carbon abatement needed to meet international climate targets, according to the Hydrogen Council, an industry group which promotes use of the gas. Achieving such a scale would require investment of about $280bn by 2030, the council estimates.

Advocates are counting on technological advances to make the electrolysis process more efficient, as the growing frequency of renewable power surpluses creates strong incentives for investment in energy storage. “If you have lots of cheap energy it is inconceivable that people will not come up with smart things to do with it,” says Albert Cheung, head of analysis at Bloomberg New Energy Finance, a research organisation focused on green technology. “Hydrogen could be one of the areas that benefits.” 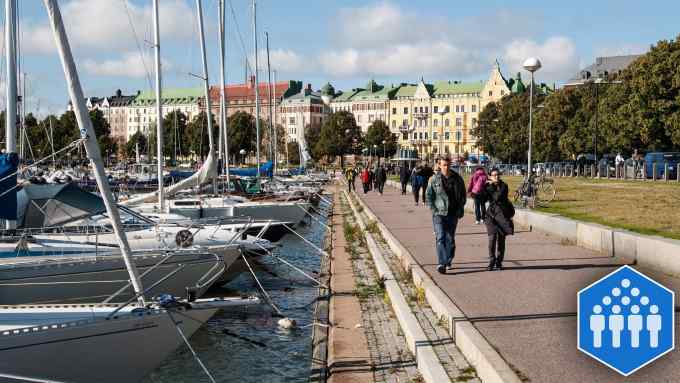