Finland, California, Canada and Netherlands are among the countries staging trials

Interest in universal basic income — the idea that all adults should receive small, no-strings-attached stipends from public funds — has waxed and waned for centuries.

Now, 500 years after the philosopher Sir Thomas More suggested it in Utopia, the radical proposal is enjoying a renaissance that may bring it closer to realisation.

Why now? UBI has long shown a remarkable ability to draw support from otherwise different groups. It has advocates both on the left, who see it as a just alternative to welfare schemes, and the right, who value it for its efficiency and promotion of individual liberty.

Due to a confluence of distinct social and political changes, support suddenly seems to be aligned from all sides.

The rise in inequality in rich countries since the 1980s, coupled with the economic damage of the global financial crisis, has strengthened a sense that the traditional welfare state is no longer fit for purpose. Meanwhile, the life-long industrial job has become a thing of the past, and precarious employment and the “gig economy” are on the rise.

“The interest [in UBI] comes from the failure of the current system and the recognition that it is outdated,” says Heikki Hiilamo, a Finnish professor of social policy. “Most of our social programmes derive from industrial society, designed to protect the average production worker, but now most people work in service sectors,” he adds. “The dominant discourse has been welfare to work [with] sanctions and bureaucracy that are not very helpful. Many people are long-term unemployed and excluded [from labour markets], struggling with administered benefits.”

In the US, labour leaders and tech billionaires are finding common cause in promoting UBI as an answer to the threat of automation, which they expect to further strain worker security and the employability of those without the right skills. On top of it all, strained public budgets have meant that governments are eager to find new forms of benefits that would incentivise people to work.

In the chart below the OECD has quantified the budget implications of introducing a universal basic income at the existing minimum social assistance level in four European countries. The calculations assume that the reform is funded by removing most existing benefits (but not disability or housing aid, nor pensions except early retirement pensions), and by removing zero-rated bands in income taxes and employees’ social security levies. The chart shows the budget savings such a reform would involve, the cost of the basic income, and the amount left over or extra funding required for the scheme. The level of the monthly basic income payment is indicated next to the country name.

All these developments have brought UBI in from the intellectual periphery to the heart of public policy debate.

The most august guardians of economic policy responsibility, such as the Organisation for Economic Cooperation and Development and the International Monetary Fund, have this year undertaken serious modelling of a hypothetical introduction of UBI in certain countries, even as they have scrupulously stopped short of recommending, or rejecting, the idea.

National governments, too, are taking a deep interest. The Indian government is debating it. Trials are under way under the aegis of governments (often local governments), non-governmental organisations or philanthropic donors, in Canada, California and the Netherlands, as well as in poorer countries such as Uganda and Brazil.

Most attention has focused on Finland, whose centre-right government is running a large trial of UBI for unemployed people. In January, the first monthly payments of €560 started going to 2,000 people, randomly selected from those receiving unemployment benefits in November last year. This basic income is tax-free and will not be reduced should the recipient find work in the two years the experiment will last.

According to Mr Hiilamo, it “is the first nationwide randomised field experiment based around this idea”. If successful, it may be rolled out at full-scale. Mr Hiilamo says both the government and the electorate are pragmatic and could endorse welfare reforms in the direction of UBI if it an evaluation showed that recipients were more likely to enter work, for example.

The main argument against UBI is its cost, and the fear that it provides poor value for money. Universality is essential to the proposal: advocates worry that means-testing creates punitive effective tax rates at the income levels where benefits are normally withdrawn. If additional labour income is not just taxed but reduces benefits, the final take-home pay may not increase for someone who finds more or better-paid work, thus creating low-income traps.

Without means-testing, however, the budgetary cost of UBI is necessarily huge if the benefit is to be set at a meaningful level. If Finland were to pay the experimental UBI unconditionally to every person in the same age group, for example, it would amount to 7-8 per cent of national income.

A nationwide UBI would be an enormous undertaking but costing studies show that it is feasible. Hidden costs in existing systems, which involve large tax exemptions a long way up the income distribution, could be eliminated in a shift to UBI. Steep tax rises would typically be required of the higher-paid, however, as would cuts or the elimination of some existing benefits.

The OECD calculates that a substantial minority of lower-paid people could be made worse off by the introduction of an affordable UBI in several European countries.

What no one knows for sure is how the labour market and the types of jobs on offer would change with such a radical overhaul. Advocates think UBI would give workers more bargaining power, forcing employers to create better and higher-paid jobs. This in turn could create a virtuous cycle of greater work participation and efforts to improve skills. Sceptics doubt the realism of this.

The studies under way should provide solid answers to these questions for the first time since More’s proposal. If they are promising, UBI may be an idea whose time has come. 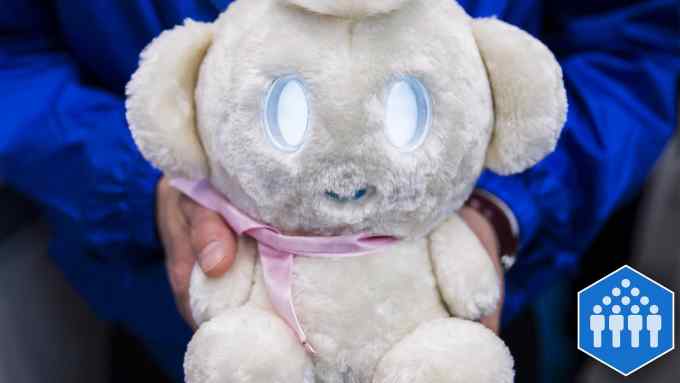