Hyperloop work begins before a business case is made

Rivals vie to be first to put in place a new system, but technology is unproven

It has been called the future of travel, but hyperloop — a transport technology that promises near-supersonic speed at ground level — still has to prove it can find a market and a business model.

The idea came to popular attention in 2012, when Elon Musk pitched it as an alternative to a high-speed rail link for the 375 miles between Los Angeles and San Francisco. According to the Tesla and SpaceX chief executive, a system that propels capsules through a vacuum tube supported by concrete pillars would be cheaper to build and move people more quickly than a rail link.

Since then, the same set of technologies, or parts of it, have inspired rival visions, including short-distance links to carry containers from a port to an inland transport hub, tunnels to ferry cars beneath urban traffic jams and a tubeless system for commuters living in large metropolitan regions.

Besides finding the right business case, the backers of schemes like these have yet to prove they can build a system that is reliable and safe — and which passengers will trust with their lives.

There are considerable technical challenges. The idea relies on a rail technology known as maglev, that uses magnetism to lift transport pods above a track, removing friction. Though proven decades ago, only one commercial maglev system is in use, in Shanghai, while an inter-city link under construction in Japan is turning out to be cripplingly expensive.

Technology developed since these links were designed has made maglev much cheaper, says Josh Giegel, president of engineering of Virgin Hyperloop One, a US company that recently won backing (and naming rights) from Richard Branson’s Virgin Group.

“This is not your grandfather’s maglev,” he says. Like a rival company, Hyperloop Transportation Technologies, VHO plans to use permanent magnets to lift its transport pods, dispensing with the costly need to power the rail. The technology also removes the requirement for high-precision rails, which brings down construction costs.

A second key technical problem is how to maintain low pressure in a tube over long distances. VHO has already shown off its hyperloop running over 500 metres, and plans to disclose data soon. “Leak rates are significantly less than we first modelled,” says Mr Giegel.

Convincing regulators that low pressure can be maintained over long distances, when any failure would be catastrophic, will be one of the toughest challenges. One answer is to get rid of the tubes altogether.

That is the choice made by Brogan BamBrogan, a former Hyperloop One chief technology officer. His company, Arrivo, signed an agreement with the state of Colorado to build a test system in Denver. This would have a top speed of 200mph, compared with the 700mph that VHO is aiming for. Arrivo is betting, however, that for its target market — commuters travelling up to 60 miles — the increase in speed would be compelling enough.

Mr Musk, meanwhile, who opted out of building his own system five years ago, has rejoined the race. His venture, called the Boring Company, is pursuing the idea of tunnelling, bringing hyperloop systems into densely built areas. In his vision, cars would be shuttled through tubes, surfacing at strategic points.

The business case for each system has yet to be proven. According to Mr Giegel, the technology is best suited to distances of 50-200 miles, filling a gap in the market that will exist between driverless cars and air travel. His company, however, projects that a high-speed rail link could be built for two-thirds of the cost of hyperloop, with similar running costs.

The lure of being associated with a space-age technology has brought a wave of interest from governments worldwide, and VHO is selecting potential partners. It hopes to start building in 2019-20, but these projects have yet to show they can attract the billions of dollars that will be needed.

Not the least of the challenges for the hyperloop companies will be proving to regulators that their engineering can stand the rigours of real-world use, including defending elevated tubes against terrorism.

Mr Musk boasted on Twitter this year that he had won “verbal government approval” for a 225-mile system that would link New York and Washington DC in 29 minutes. The state of Maryland has since confirmed approval for one 10-mile tunnel.

After all the hype around hyperloop, it is a sign that work is under way. There is, though, still a long way to go before Mr Musk and other dreamers show they can wrestle a promising transport idea from the pages of science fiction.

Please note that the hyperloop diagram in this piece shows an older design. Hyperloop One’s current pod design has no air compressor and instead uses electromagnetic energy for propulsion.

READ MORE50 Ideas to Change the World
Lessons on road congestion from Oregon, Singapore and London 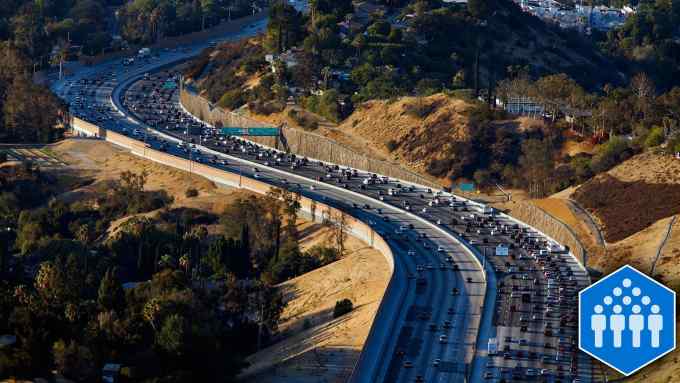