Lessons on road congestion from Oregon, Singapore and London

As economic development has spread, cities in many emerging economies have repeated one of the key transport-policy mistakes of western countries — they have allowed space-inefficient private cars to become an important mode of transport in dense cities. The result, from Shanghai to Mumbai to São Paulo, has been the proliferation of traffic jams to rival the notorious snarls of Los Angeles.

The problems in emerging markets have come as many wealthy countries continue to grapple with the challenge of curbing car use. Vehicles’ growing fuel efficiency has meant that the traditional way of charging for use, by taxing fuel, is bringing in less revenue and providing less incentive for drivers to switch to the metro or ride a bicycle.

Governments are looking for new ways to charge for road use to try to solve congestion. Many efforts are inspired by the charges in Singapore, which keeps traffic flowing smoothly, and London, where the initial big falls in congestion have been partially reversed. The position in the UK capital has shifted mainly because so much road space has been reallocated to other uses, although campaigners also complain about the effect of exemptions for low-emission vehicles.

The US state of Oregon has been one of the pioneers in testing road-charging technologies, running pilot schemes to see whether a per-mile charge could plug the gap in the state’s road budget and, perhaps, manage congestion.

The state’s most recent experiment uses a transparent green plastic dongle that is plugged into the diagnostics port that is obligatory on all modern US vehicles. The dongle gathers information from the car computer about the distance it has driven and the fuel consumed, which is then used to calculate the road-user charge.

Instead of paying Oregon’s 30 cents a gallon fuel tax, drivers enrolled in the scheme pay 1.5 cents per mile driven. They receive a monthly rebate or are presented with an invoice depending on whether their road-charging bill is higher or lower than the tax paid.

Oregon’s main motivation is replacing fuel-tax revenues. However, versions of its cheap, simple technology with a global positioning system (GPS) locator could also be used to levy differential charges in busier areas at peak times of day as a way to tackle jams.

A previous pilot, run for a year from March 2006, charged users more to drive in the congested area around Portland, the state’s biggest city. In that system, GPS beacons fitted to vehicles told a meter inside the vehicle whether it was inside Oregon and the meter calculated the distance driven from the vehicle odometer.

Progress in Oregon towards making per-mile charging mandatory for all vehicles has been delayed partly by privacy concerns about the use of GPS. Users of the current system, known as Orego, can opt not to use GPS on their dongle and simply have their mileage recorded.

David Begg, a former chairman of the UK government’s disbanded Commission for Integrated Transport, says GPS-based charging systems — which are cheap and use well-understood software — are likely to be the best technical solution for enforcing road-user charging. Other existing systems — such as London’s central London congestion charge, Singapore’s ERP and Germany’s toll for trucks on motorways — often rely on cumbersome and expensive cameras or detectors.

Oregon’s system has excited sufficient interest that four other US states — California, Colorado, Hawaii and Washington — are testing similar technology.

Progress in rolling out road charging has been slow, however. Oregon has only a few hundred drivers — in a state of 4.1m people — signed up for the programme. Michelle Godfrey, public information officer at Oregon Department of Transportation, says it is “hard to say” what the scheme’s future will be.

“It will have to be evaluated and considered by our legislators because it is a tax programme,” Ms Godfrey says. “There was a bill introduced in 2012 from the road-user fee task force that they recommended that the programme be made mandatory for all new vehicles from 2025. That ultimately did not pass.”

Mr Begg, a long-term advocate of the virtues of charging for road use, says that while the technology to curb congestion exists, the political will is often lacking. 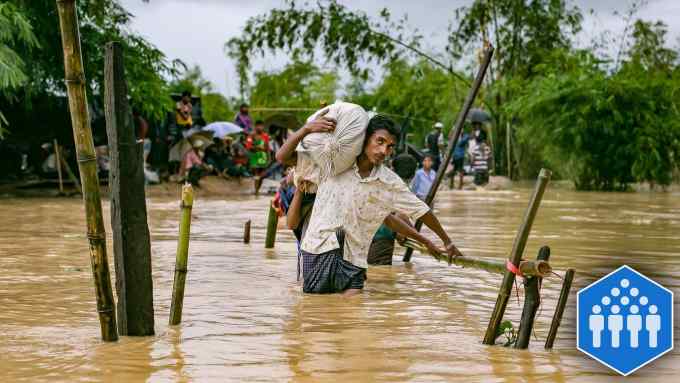