Less than three weeks after missiles and drones struck at the heart of Saudi Arabia’s crude industry, about 100 analysts gathered at Saudi Aramco’s headquarters for a presentation about the long-awaited listing of the state oil company.

More than half of the kingdom’s oil production was knocked out by the assault, and repair work was continuing at Abqaiq, the world’s largest oil processing facility, and Khurais oilfield, the targets of the September 14 strikes, as Aramco worked to return output to its pre-attack levels.

But the message from Saudi oil officials was clear: the partial privatisation of Aramco would move ahead as planned. And there was never any doubt that the analysts would attend: the on-off initial public offering has been the dominant theme for the region’s bankers since 2016, when Crown Prince Mohammed bin Salman first hinted at plans to sell off a sliver of the kingdom’s national champion. “It’s the big one,” says a bank executive. “Everybody wants to be on this.”

With Prince Mohammed pushing for a listing of up to 3 per cent of Aramco on the kingdom’s Tadawul exchange as early as this year, the company last month selected nine international and local banks as joint global co-ordinators. Riyadh has been seeking a valuation of $2tn, although analysts say $1tn-$1.5tn is more realistic.

Yet away from the hype of the IPO, the region has been enduring tough times. Sluggish growth has subdued oil prices, forcing the Gulf’s crude exporters to slash state spending and delay or cancel projects. And the macroeconomic outlook is lacklustre, with the risk of a global economic slowdown looming.

Investor sentiment in Saudi Arabia has been fragile since Prince Mohammed launched an anti-corruption drive in November 2017 in which some of the kingdom’s top businessmen were among the more than 300 people detained at Riyadh’s Ritz-Carlton hotel. It was further damaged by the murder of Jamal Khashoggi, the veteran journalist, in October 2018, which triggered the kingdom’s biggest diplomatic crisis in years.

In the wake of the killing, many top financiers, including Jamie Dimon, chief executive of JPMorgan Chase and BlackRock’s chief executive, Larry Fink, pulled out of a flagship annual conference organised by the Public Investment Fund, the kingdom’s sovereign wealth fund.

Yet the lure of Aramco’s IPO and other deals have meant that while other businesses halted investment plans, the bankers never really left. “If you don’t show commitment to Saudi Arabia, you are cut out of the short-term deals. The commissions on Aramco [could] be massive,” another banker says.

There’s a lot going on in the region in terms of M&A, debt and equity issuance

In April, Aramco received huge demand for its debut $12bn bond. The PIF has also been a big draw for financiers as it has become the main vehicle spearheading Prince Mohammed’s economic diversification plans.

There has also been a trickle of IPOs in the region, consolidation in the banking sector across all six members of the Gulf Cooperation Council, and sovereign and corporate debt raising to keep bankers busy.

GCC bond issuance, primarily by sovereigns and quasi-sovereign entities, hit a record $40bn in the second quarter with Saudi Arabia accounting for $26.8bn, according to the National Bank of Kuwait. “There’s a lot going on in the region in terms of M&A, debt and equity issuance,” says Miguel Azevedo, head of investment banking for the Middle East and Africa at Citigroup.

“One cannot say business activity in general is booming, but there’s a lot of investment repositioning and consolidation.”

In Saudi Arabia, second-quarter economic growth slowed to 0.5 per cent year on year, from 1.7 per cent, as the oil sector contracted due to Opec production cuts. But non-oil growth recorded a healthier 2.9 per cent as government spending rose, the struggling construction sector rebounded, and the retail, finance and transport sectors performed well.

The IMF downgraded it growth forecast for Saudi Arabia to 0.2 per cent in 2019 from an earlier estimate of 1.9 per cent.

The attacks on Aramco’s oil facilities also underlined the geopolitical risks in the Gulf as the stand-off between the US and Iran heightens regional tensions. The US and Riyadh have blamed the Islamic republic for the attacks, which Tehran denies.

It is not just Saudi Arabia that has been struggling. Growth in Qatar — which is enduring a more than two-year regional embargo led by Riyadh and Abu Dhabi — contracted 1.4 per cent in the second quarter, with real estate and retail struggling.

In Dubai, the region’s trade and finance hub, there has been a marked slowdown in the property sector — prices are down by at least 25 per cent since 2014.

Dubai’s gross domestic product decelerated to 1.9 per cent in 2018, its slowest rate in eight years. Capital Economics, a consultancy, forecasts it will dip to 1 per cent this year. Its hosting of the Expo 2020 international trade fair is likely to deliver a fillip, but fears over a growing property glut and a global slowdown could dampen any pickup.

The Middle East’s best economic performer has been Egypt, with GDP expanding by more than 5 per cent last year. But an eruption of rare protest against President Abdel Fattah el-Sisi’s autocratic rule triggered a sharp stock market sell-off and put a spotlight on the simmering social pressures in a nation where a third of the 98m population lives below a poverty line of $1.45 a day.

“Failure to deliver reforms and create a sufficient number of better-paid jobs for the country’s burgeoning population means that the threat of further social unrest will linger,” says Jason Tuvey, an emerging markets specialist at Capital Economics. 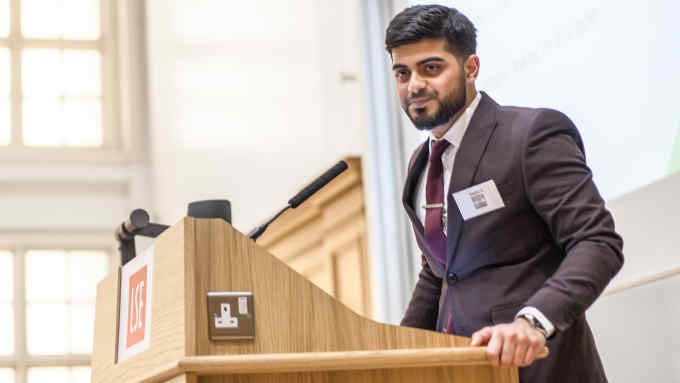