We use cookies (opens in new window) for a number of reasons, such as keeping FT Sites reliable and secure, personalising content and ads, providing social media features and to analyse how our Sites are used.
Manage cookies
Accept & continue
Special Report Arab World: Banking and Finance
Qatar

Doha’s newly opened metro system whisks travellers at 100km/h below the gnarly traffic that bedevils the streets of Qatar’s capital.

The Japanese-built carriages serve 13 stations on the part-opened red line, the first of three that will connect the city centre to far-flung suburbs including the new city of Lusail, where the final of the Fifa World Cup will be held in December 2022.

If neighbouring Dubai’s 10-year-old metro is any guide, next year’s opening of the full three-line, 76km Doha network should eventually prove a success and de-clog the road network. For now, however, the carriages serve joyriders rather than commuters.

The empty, cavernous metro stations are a vivid portrait of excess supply in the tiny, gas-rich state as property prices tumble despite hefty government spending.

“The private sector is suffering, retail is suffering,” says one Qatari banker. “The World Cup assured everyone to keep building — and then the blockade came. We have built 20 years’ worth of infrastructure in two years.”

Yet assuaging concerns, he adds, is the government’s willingness to spend gas riches on protecting the economy. Qatar’s fiscal muscle has helped shrug off the trade and travel embargo launched by Saudi Arabia and the United Arab Emirates in June 2017. Riyadh and Abu Dhabi accuse their neighbour of fostering extremism, a charge Doha denies.

Qatar shouldered the cost of diverting shipping routes for its imported goods away from Dubai through deeper links with Turkey, a new-found ally in Iran, as well as the other neutral Gulf states, Kuwait and Oman. Imports from Iran have increased fivefold between 2017 and 2018, according to official statistics.

Higher oil prices have also improved the government’s finances and boosted spending on infrastructure ahead of the World Cup, says rating agency Moody’s. This in turn supports the banking sector. 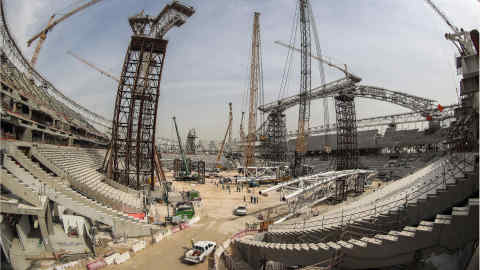 Property prices are down by around 30 per cent on peak levels in the wake of the 2014 oil price crash, according to ValuStrat, a consultancy.

Like other Gulf states, subsequent cost-cutting has seen expatriate staff let go, which has had a knock-on effect on retail spending and put downward pressure on rents.

Further pressure on commercial leasing rates can be expected as the supply of office stock grows an estimated 25 per cent from this year to 2020, assuming no construction delays, according to ValuStrat.

The consultancy says retail supply is also expected to grow by 28 per cent next year, if current building schedules are met. In one Doha suburb, four malls sit within 1 square kilometre, with a half-built “spaghetti junction” of intersecting road bridges blocking ease of access. This stark illustration of surplus mall capacity comes as more customers move online, creating a perfect storm for the industry.

Revelling in their isolation, however, nationalistic Qataris say domestic renewal can lift the economy.

Sheikh Mohammed Al Thani, a former economy minister, acknowledges that the economy is still adjusting to the collapse in oil prices in 2014. “This is a normal healthy cycle to take off the froth,” he says.

Qataris are placing their faith in a recovery led by government spending and growing entrepreneurism.

Plans to expand natural gas production by more than 40 per cent by 2024 are also expected to feed economic growth. In the meantime, the government has eased restrictions on industrial permits and banks are looking more favourably on entrepreneurial activity, the sheikh says.

“We are growing in spite of the blockade — the state is extending real help to the economy,” he says.

Qatar Financial Centre, an onshore financial hub that provides business-friendly regulation, has already benefited from the embargo as foreign firms that used to serve the gas-rich state from Dubai are now finding they need to base themselves in Qatar.

Now, the government is planning to extend the jurisdiction of the Qatar International Court and Dispute Resolution Centre — formed in 2009 to oversee QFC — to other such zones, including Qatar Free Zone Authority, Qatar’s Media City, and Qatar Science and Technology Park.

“Widening our jurisdiction to cover other free zones in Qatar to have similar protections for investors sends a positive message,” says Faisal Al-Sahouti, chief executive of QICDRC.

Qatar Science and Technology Park on the outskirts of Doha, which has attracted more than $1.2bn in international research activity, is another example of the country’s drive to boost foreign investment.

But the embargo has had a devastating impact on foreign direct investment. UN statistics show that inflows of $986m in 2017 turned into an outflow of $2.2bn in 2018.

To boost its technology offering, the park is offering $50m to support start-ups over the next five years to bolster the trend among local firms to seek self-sustaining solutions to see off their neighbours’ boycott.

The country’s most notable success storyhere is Baladna, the homegrown dairy producer, which imported Holstein cows from Europe to air-conditioned sheds outside Doha when Saudi imports ceased. The local poster child for self-reliance is planning an initial public offering on Qatar Exchange.

“Baladna shows that the blockade was overcome, albeit with some costs,” says Laurent Lambert, an assistant professor at the public policy department of the Doha Institute for Graduate Studies. “It is a commercial success, despite the challenges.”

Get alerts on Qatar when a new story is published 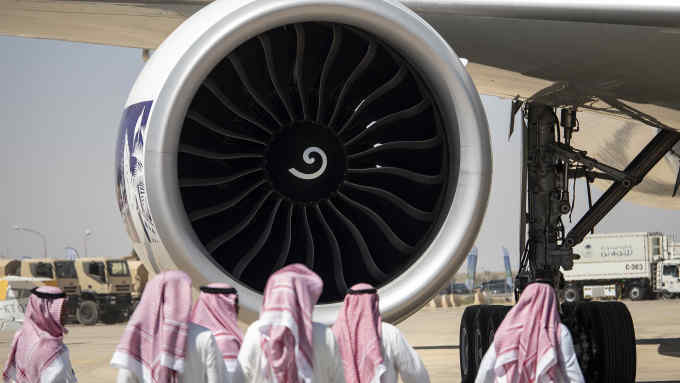