Most business remains tied to the government, despite the kingdom’s push to diversify

As Saudi Arabia pushes ahead with its ambitious socio-economic overhaul to wean the kingdom off its dependence on oil, local and international banks are lining up to seize new business.

The changes are creating opportunities in project financing and debt raising, with the potential privatisation of Saudi Aramco, the state oil company, still to come. But growth continues to be lacklustre, with the private sector reeling from the pain of some of the reforms.

The murder of journalist Jamal Khashoggi by government agents at the Saudi consulate in Istanbul last year sent the kingdom into its worst diplomatic crisis since the 9/11 terrorist attacks, and intensified international scrutiny of the country’s military campaign in Yemen.

Prince Mohammed has denied he ordered the killing but told US television show 60 Minutes this month that he takes “full responsibility as a leader in Saudi Arabia, especially since it was committed by individuals working for the Saudi government”.

Official data indicate the economy is showing signs of recovery, however, as it shrugs off the impact of the austerity measures imposed after the collapse of oil prices five years ago.

The government is very committed to the programme and there is plenty of excitement around privatisation, but in reality these are not easy transactions

While the kingdom’s oil gross domestic product shrank due to the Opec-led production cuts, non-oil GDP grew during the second quarter by almost 3 per cent, the fastest pace since 2015.

Inclusion of the kingdom’s stock market in the MSCI Emerging Markets index has attracted more than $18bn in foreign portfolio equity inflows, with a further $5bn expected in the coming months.

“In the absence of major domestic and external shocks, and further deterioration in EM investment sentiment, Saudi Arabia can count on additional equity inflows from active investors whose portfolios are benchmarked to the MSCI EM index,” Garbis Iradian, chief economist for the Middle East and north Africa at the Institute of International Finance, said in a report in August.

The government hopes that its structural reforms, including the privatisation of public assets and a looser regulatory environment, will help attract more foreign investment.

Chief among those is the plan to list state oil company Saudi Aramco, which is gathering pace despite the attacks on the company’s facilities last month that cut crude production in half. Saudi Arabia blamed the assault on Iran, which Tehran denies.

Yet as bankers and analysts pore over details of the Aramco initial public offering, plans to privatise other government-owned assets have struggled to get off the ground — despite Riyadh’s goal to raise more than $10bn by 2020 through selling government-controlled entities such as the kingdom’s grain silos and water desalination system.

“The government is very committed to the programme and there is plenty of excitement around privatisation, but in reality these are not easy transactions,” says a local banker, who spoke on condition of anonymity. “Everything is overly ambitious but the work being done is not at the same level of ambition.”

One example is the plan to privatise Riyadh airport, which has been put on hold since 2018. Officials at the time described the move as a first step towards “corporatisation” of the kingdom’s second-busiest transport hub. However, people familiar with the plan have said it was halted because it started to look more like a concession, in which a company is granted a long-term lease to manage an airport, rather than selling it to the private sector.

One of the main challenges is the regulatory framework. “Institutional arrangements and regulatory mechanisms with regard to the kingdom’s airport system remain poorly developed and may need reform if the state is to make a success of its proposed airport privatisation ambitions,” concluded a study earlier this year by Mohammed Chaouk, Romano Pagliari and Chikage Miyoshi. 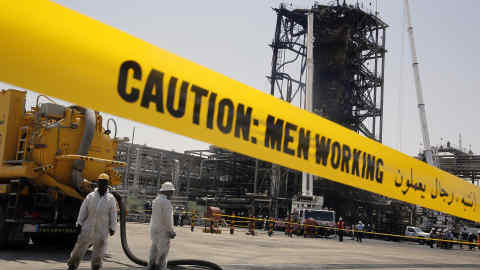 The banker says the process of “corporatisation” has generated good business for local banks but international ones have struggled to win these contracts because “unlike what you see in the US where privatisation is more like an M&A transaction, the process in Saudi involves a lot of management work”.

Banking sector profits rose 10.3 per cent year on year and stood at SR4.5bn ($1.2bn) in August. “This shows that so far performance of the banking sector is healthy and going as expected,” Mazen al-Sudairi, head of research at al-Rajhi Capital, wrote in a research note this month. He added a caveat that the impact of the US Fed rate cut in late September would not show until the following quarter.

Despite this strong performance, the majority of business for banks remains tied to the government. Some international banks have reportedly questioned whether the fees for roles on the Aramco IPO are worth the time and effort, but many decided to pitch out of fear of losing access to other opportunities in the kingdom.

“The banks have fallen into a trap 20 years ago when they let the government be their biggest client,” says a Riyadh-based banker working for an international bank.

“They view it as an investment in [their own] credentials even if they are not making enough money — but they are stuck in this marriage.” 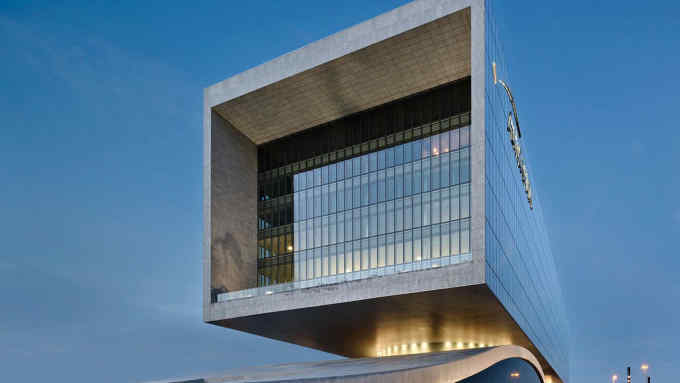