Daniel Ahmed had raised $2.5m from wealthy Gulf investors to create a sharia-compliant cryptocurrency. But as the blockchain bubble burst last year, he reasoned that “it may not be the right time”.

Instead, Mr Ahmed and a co-founder decided to fuse technology and tradition, by matching would-be investors with infrastructure projects funded by Islamic finance.

Fintech entrepreneurs such as Mr Ahmed are hoping to shake up Islamic finance, which has matured in Muslim-majority business hubs in Saudi Arabia, Malaysia and the United Arab Emirates, but struggles to compete with conventional banking elsewhere.

When it comes to making Islamic finance more applicable to other markets and regions, “fintech is going to drive change [that] the banks have been unwilling to push forward themselves”, says Mohammed Paracha, head of Islamic finance at Norton Rose Fulbright, a law firm. “Fintech and Islamic finance are really converging,” he adds.

The global Islamic finance services industry’s value hit $2.19tn in 2018, according to the Islamic Financial Services Board. But growth was slower than the previous year, at a rate of 6.9 per cent rather than 8.5 per cent. The board said geopolitical and economic trends were partially behind the slower pace of expansion.

“In certain parts of the world, Islamic finance has become the default system,” says Mr Paracha. “The [Gulf Cooperation Council] countries, for example, Muslims would prefer to put their deposits in an account that’s closer to their faith.” However it is “less of a success story in Europe and that’s a personal disappointment”, adds Mr Paracha, who worked on the UK’s first Islamic finance laws.

Nevertheless, Islamic banking has performed well against conventional banking. Return on equity at 16.3 per cent in 2018 for the global Islamic banking system was higher than its non-sharia counterparts in the US and EU, which recorded 11.9 and 7.2 per cent respectively, IFSB data show.

Sharia-compliant finance differs from conventional banking in key ways, the most notable being a prohibition on charging interest.

“Comparing it to Christianity, it would be one of the Ten Commandments — that’s how much interest is forbidden,” explains Martin Jaouni, chief executive of start-up Funding Souq, a Dubai-based early-stage crowdfunding platform for smaller businesses.

Instead of making loans to companies that need capital, sharia-compliant lenders in effect partner with businesses by buying the thing they are raising capital for, such as a piece of machinery, and share in the profit or loss generated by that asset.

It gets more complicated when a company wants to borrow in order to pay salaries or other working capital requirements, but an industry of brokers has emerged to smooth those transactions: the lender buys a commodity to the value of the loan and gives it to the business, which then sells it to generate the capital and a profit for the lender.

While sharia law seems like a simple set of guidelines, the regulatory framework governing Islamic finance is not standardised across jurisdictions, meaning specialist knowledge is required.

“We don’t have a pope saying this is how you should be doing this or that,” says Nacim Bounouara, partner at DLA Piper, a law firm. “You don’t have one single authority that can take a view on behalf of the entire Islamic financing community.”

For any companies or governments looking to raise capital for projects, tapping both Islamic and conventional financing widens the pool of investors.

Fintech
Bahrain punches above its weight in Middle East fintech 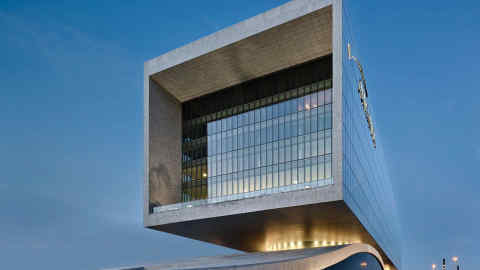 Mr Jaouni also warns that younger Muslims may be less interested in Islamic finance: “My current generation, they are a bit more indifferent as opposed to their parents about sharia compliance.”

“We’re just coming on to the cusp of something pretty massive here,” says Ibrahim Khan, co-founder of Islamic Finance Guru. He says the personal finance advice website aims to be the “Muslim Money Saving Expert”, referring to the popular UK site.

Mr Khan says the Muslim community had often been sceptical of products branded sharia-compliant: “The general thrust is, is it conventional just packaged up as Islamic?”

However, he believes that if Islamic fintech succeeds in giving consumers more choice and control over their finances, attitudes will start to change.