Despite a four-year economic slowdown since oil prices collapsed in 2014, the United Arab Emirates’ banks have fared better than other struggling sectors of the economy, such as retail and property.

Higher US interest rates since 2016 — which the UAE currency follows — have boosted profitability, while cost-cutting and financial buffers have insulated lenders against the downturn: in the first half of 2019, profits at the UAE’s four largest banks were up 16 per cent year on year, according to rating agency Moody’s.

Yet the prospect of lower interest rates, as well as rising provisioning costs on bad loans, point towards rougher times ahead.

“Lower interest rates will have a negative impact on the banks as they will tend to lose revenue,” says Abdul Aziz al-Ghurair, chairman of Dubai’s Mashreq Bank and chairman of the UAE Banks Federation.

The weakening property sector risks deteriorating the quality of assets held by UAE banks, according to Fitch Ratings.

“Weaker asset quality will also put pressure on profitability,” says Redmond Ramsdale, Fitch’s head of Middle East bank ratings. “The impact is likely to vary across banks — smaller banks with weaker franchises are likely to be most impacted.”

With UAE property prices sliding since oil prices collapsed in 2014, a growing number of projects face delays. As a result, loans are being restructured, mainly through term extensions, says Fitch.

Mashreq’s Mr Ghurair says local banks have been preparing for the economic slowdown.

“Every single bank is looking at his own portfolio and clients, and trying to accommodate as much as possible to their financial needs, including repayment programmes,” he says. “Banks are more reasonable and will give a break if there is a genuine need from the client.”

UAE banks have not recovered fully from the global financial crisis, when widespread restructuring took place, especially in debt-ridden Dubai. While banks have not seen a material rise in impaired loans, Fitch forecasts an increase over the next 12-18 months.

There could be pressure on smaller banks to grow. Hence consolidation is a de facto continued theme

Property accounts for around one-fifth of UAE banks’ gross loans, though the true exposure is higher when retail mortgages and lending to companies that finance development are taken into account, according to Fitch.

State-related debt could also become problematic as a result of government-tied entities being exposed to the property sector.

A significant portion of the $23bn in loans to Dubai government-related entities, due to mature by the end of 2021, may need to be restructured again, “considering the soft performance of the operating environment and the drop in real estate prices”, says Mr Ramsdale.

As Dubai looks to clear up legacy issues from the last crisis, the authorities earlier this year stayed legal proceedings against government-owned Meydan — the master developer for swaths of desert around the city’s horse racecourse — which has billions of dirhams in disputed contracts. The cases have been placed under a special judicial committee as the government seeks to streamline their resolution. 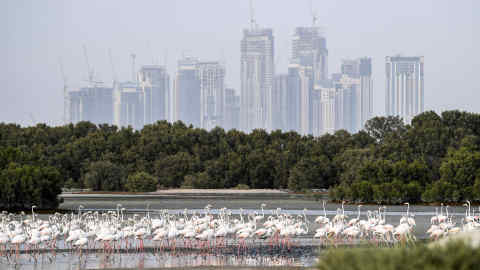 Contractors working for Meydan are likely to suffer further payment delays since legal claims against the company have been halted, according to Fitch.

As evidence grows of a cash crunch for state-related developers, for suppliers, delays on the settlement of their invoices is becoming a more pressing problem — especially for companies tied to the property sector.

Euler Hermes, a trade credit insurer, says more than 80 per cent of Gulf Cooperation Council companies have receivables overdue, while payment terms are extending from an average of 120 days to more than 150 days.

While companies look to extend their credit terms, access to financing is becoming tighter, says Jean Claus, the firm’s Dubai-based chief executive for the Middle East.

Overarching risks, such as lower interest rates, trade tensions and geopolitics, are colliding to raise the risk of a global recession next year.

“The UAE is quite resilient, but the regional impact of the expected 2020 recession is going to depend on its intensity worldwide,” he says.

The bleaker macroeconomic outlook is another cause for concern for the financial sector, which could face another round of consolidation. 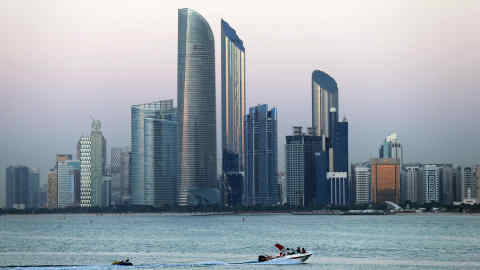 “We are not concerned about the UAE banking system per se, especially the large banks, but there could be pressure on smaller banks to grow,” says Wadih Boueiz, Bank of America Merrill Lynch’s global head of sovereign wealth funds and public pensions. “Hence consolidation is a de facto continued theme.”

Two major UAE banking mergers over the past couple of years — most recently a three-way combination of Abu Dhabi Commercial Bank, Union National Bank and Al Hilal in May — have prompted a wave of negotiations for further rationalisation.

Abu Dhabi has been leading the way in consolidating state-owned assets, from lenders to sovereign funds. The capital has also embarked on an overhaul of state-owned oil company Adnoc, including part-privatisations of some of its operating companies.

“By far, the UAE government has been at the forefront of consolidation and rationalisation of different players in the economy,” says Mr Boueiz.

“That is the trend — any sector where it makes sense will see consolidation.”