Brexit: we need to talk about staff concerns

“There’s not enough information and detail about the impact. The challenge is we don’t know what is going to happen — and that makes planning very difficult.”

Nonetheless, businesses need to help their staff through the uncertainty surrounding the departure of the UK from the EU, he says. “Companies are made up of people, and many of them are deeply anxious — 40 per cent of our [100] employees are non-British and we all work in King's Cross.”

One initiative Green Man took was to engage a firm of immigration lawyers for advice. “We had a senior partner come along and do a two-and-a-half-hour Q & A session, which helped a lot of people,” says Mr Sulyok.

In some cases, he says, the most useful thing business leaders can do is make information available to staff who might not otherwise know where to turn. But employer and employees may need more specialist advice: “One of the guys who has been married for 20 years has a German wife. She had never got round to taking out a British passport because there was no need.”

It is a bit like waiting for someone to tackle you on a sports field . . . you’re just bracing yourself

At global professional services firm PwC, 8 per cent of the workforce in the UK are EU nationals and the organisation also has large numbers of British citizens working in the EU. “We’ve gone through a comprehensive programme looking at the implications of various scenarios for our people,” says Andrew Gray, the firm’s head of Brexit.

In the event of a “no-deal” departure, he says, “some business in the UK may need to change and work may need to be managed differently”.

PwC has issued information through its internal communications channels: “If there are questions we have a help facility staffed by immigration experts.” He adds that around 5 per cent of cases are complicated by factors such as dependent relatives.

Ben Willmott, head of public policy at the Chartered Institute of Personnel and Development, says companies must look at the make-up of their workforces.

As well as taking account of the EU citizens working for the organisation, they should consider the demographic profile, who is near to retirement and what skills they are likely to need in future.

“In the short term, there could be a shock to the economy,” he says, with implications for staff numbers and required skills. If a no-deal Brexit transpires, the Bank of England has suggested, there might be an 8 per cent fall in gross domestic product.

Mr Willmott notes that the fate of UK staff in the EU is potentially complicated. “If you look at a no-deal scenario, UK nationals in Germany will probably have a three-month grace period, while in the Netherlands it’s 15 months.”

Along with practical information and legal advice, companies can take other measures to prepare, says Ian Symes, executive vice-president at talent management specialist Right Management: “You need to foster a culture of openness and transparency and provide the reassurance that all employees are still valued within the organisation.”

Mr Willmott says: “There’s a big role for line managers here. They are the first people many frontline staff turn to, so HR needs to ensure they have the information and tools they need.”

In the confusion ahead of the March 29 Brexit date, it is easy to focus on the short term. But PwC’s Mr Gray says it is important to keep an eye on what the longer term might hold. “The UK will still be a home of global standing for professional services,” he says. “What we can’t control is that individuals may view the UK as a less desirable place to be based.”

Mr Sulyok is taking the lead on Green Game’s Brexit preparations because “it’s of the utmost importance to our business”.

However, with so much still unknown, it is hard to prepare fully. “We’re a small agile company which sells globally and whose product is entirely digital. I fear to think how difficult it would be if we were a larger, less nimble company,” he says.

“It is a bit like waiting for someone to tackle you on a sports field,” he says. “You are waiting for the impact but in this case you can’t take any evasive action so you’re just bracing yourself.” 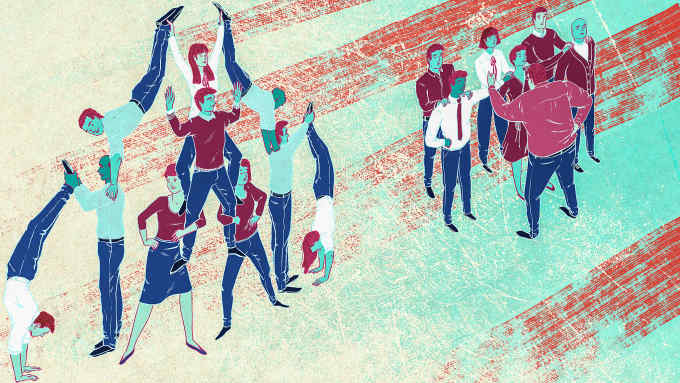