Europe, data and diversity — and HR’s own changing role

Human resources experts identify top priorities for the profession in 2019

The effects of Brexit on recruitment and retention; the need to focus on underlying barriers to greater diversity; the power of employee data; the future for HR practitioners: executives in companies across the globe outline their priorities for the year ahead.

Recruiters are already seeing some of its effects, he says. “Since the referendum [on leaving the EU], Brexit has made people hesitant to look for new jobs until they have a better sense of what the future holds. As a result, recruiters have found it even more challenging than normal to recruit talent and need even more creative ways to attract them.”

This is likely to intensify when Britain leaves the EU, he adds.

“Sadly, because we are dealing with people, too often the default human behaviour reverts to subjectivity and personal experience,” she says. Yet in other parts of a business, managers typically collect data before making decisions.

Angela Mahoney, vice-president, human resources at Otsuka America Pharmaceutical, a global pharma company based in Japan, agrees. “The insights now available to us are great and having data-driven conversations that lead to better outcomes and decisions is a no-brainer.”

Widespread allegations of sexual harassment in the workplace have had companies looking at their organisational culture.

David D’Souza, membership director of the Chartered Institute of Personnel and Development, a body for HR professionals, predicts increased action in the UK around the gender pay gap and consultation on the push for ethnicity pay gap reporting. “HR professionals need to maintain a focus on shedding light on the systemic causes for diversity gaps, and fixing the cultures that allow such gaps to exist,” he says.

Tracy Keogh, chief human resources officer at HP Inc, the California-based maker of printers and PCs, says companies must ensure that work on diversity and inclusion is “not just a walled garden around HR — it has to be truly embedded at all levels of the company”. In 2017, HP launched its ReinventMindsets campaign to champion diverse recruitment. This included a video campaign developed jointly between HR and marketing that focused on under-represented groups, with the tagline “HP is hiring and talent is our only criteria”.

By leaning into data, HR teams can focus on a number of diversity workplace trends

“By leaning into data, HR teams can focus on a number of diversity workplace trends such as attrition and promotion of under-represented groups, pay parity [and] leadership succession planning,” she says.

Are HR roles likely to change? “I hope so,” says Ms Hornsey. “HR functions have to be agile and adaptive and lead by example.”

They already have changed, says Ms Mahoney. “The HR business partner today has to be the Jack and Jill of all trades — coach, strategist, organisation designer, change manager, strategic communicator.”

She sees technology playing a greater role in recruitment and retention, thanks to innovations such as apps that can mine data sources and social media at speed for information, or recruitment tools that embed games for use in assessments.

Ms Goldsmith expects new roles to emerge that “focus solely on [employee] experience”. She cites her own workplace’s example at Workday of wellbeing staff who organise programmes encouraging employees to join cooking and fitness classes and outdoor activities as well as mental health campaigns. 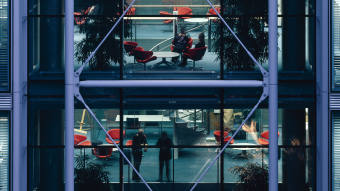