Why flexible workers keep turning up at the office

Companies and staff are still figuring out successful strategies

Flexible working presented UK mobile network operator O2 with a problem one Christmas. Too many staff at its call centre in Bury, near Manchester, were using the facility to vary their hours to book days off at one of O2’s busiest times.

But flexible working provided the answer too: Muslim colleagues offered to swap shifts in return for time off at Eid.

This kind of approach to flexible working, which includes remote working, is critical to attracting and keeping the best people, says O2 human resources director Ann Pickering: “To achieve a motivated and responsive workforce, you need to embed flexible working into the culture of an organisation.”

The buzz around flexible working shows no signs of abating. A steady flow of surveys suggests it not only helps recruitment and retention, but also boosts motivation and diversity while reducing absenteeism and overheads.

Part-time contracts and job-sharing sit at the heart of the UK government’s latest strategy to prevent teachers from quitting. Science foundation the Wellcome Trust is considering moving all head office staff to a four-day week — New Zealand insurer Perpetual Guardian has already made that switch.

Management
Rethink forced by the loneliness of long-distance work 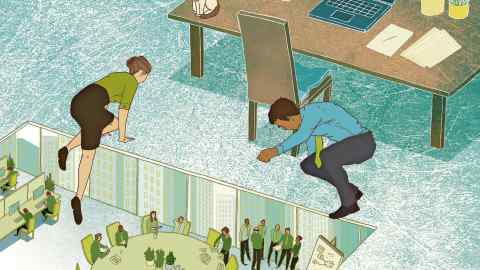 A recent LinkedIn survey suggests 75 per cent of HR leaders in the UK believe al­low­ing staff to work re­motely or set their hours is very important. Half say it is affecting hiring strategies.

In the UK, employees have had a legal right since 2014 to ask once a year for a change to hours, time or location if they have worked with the emp­loyer for at least 26 weeks.

Yet the Chartered Institute of Personnel and Development (CIPD), an association for HR professionals, says uptake of most types of flexible working by employees has plateaued.

In some cases, it is employers putting a foot on the brake. A survey of medium-size businesses, commissioned by professional services firm RSM, pinpoints IT security as employers’ biggest worry about remote working. The LinkedIn survey shows 46 per cent of HR professionals believe flexible working hinders collaboration, while a third say bonding is a challenge and 29 per cent say it is harder for line managers to oversee work.

“Workers initially saw flexible and remote working as a favour granted by employers and so expended greater ef­forts while working outside of the office environment,” she says. “But now employees tend to consider such allowances as a basic right of their employment . . . and don’t work any differently.”

O2’s Ms Pickering agrees that flexible working requires a subtle change to the “psychological contract” between employer and employee, where flexibility is two-way.

But staff with the freedom to work flexibly are discovering other challenges.

One is that they find they work longer hours than those with more defined shifts, according to new research from the University of Kent and Vrije Universiteit Amsterdam.

Employees tend to consider [flexible and remote working] allowances as a basic right . . . and don’t work any differently

Remote workers can often feel isolated and lonely and employees who job-share or work part-time complain they are overlooked by employers when it comes to promotion. “Part-time working remains the most popular type of flexible working but there still aren’t enough senior positions that accommodate part-time roles,” says Claire McCartney, diversity and inclusion adviser at CIPD.

While the CIPD advocates formal availability of flexible working across organisations, the Federation of Small Businesses says employers must be free to tailor arrangements that work for an individual and the business as a whole. “We don’t want an overly prescriptive approach to how flexible working should operate in case it takes away that freedom,” says Sonali Parekh, head of policy.

Ms Canonico’s research also found that many workers — particularly younger ones — still prefer to work from the office most or all of the time because it helps them learn more quickly and they enjoy the social aspects.

UK-based software house Claromentis develops software that facilitates flexible and remote working — but even here, owner Nigel Davies has noticed that many staff still prefer to work in the office. “The key is to trust people to decide what’s best for their own productivity,” he says. 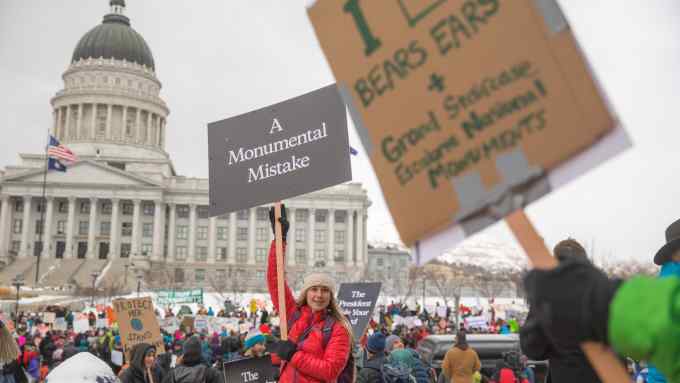