A view from the inside: Taipei’s art scene

Home to Art Taipei, Asia’s longest-running art fair, and arguably the best biennial in Asia, too, Taiwan is known for its liberal and diverse culture. The arts scene is concentrated in the capital city, Taipei, which is also home to many of the tastemakers in the region.

Asia is seen by many as the place to cultivate opportunities in an international art fair calendar that is becoming increasingly saturated. The debut of Taipei Dangdai is a pivotal moment for Taiwan — an opportunity to showcase its robust art market and thriving contemporary scene.

“Yayoi Kusama’s works were not famous in Japan in the beginning; her market really started in Taiwan in the 1990s,” says Hong Ping Tao, founder of Caves Art Center, one of the oldest commercial galleries in Taiwan. “A lot of collectors from Taiwan are still buying her works.”

Thomas Duen Lang Lee, founder of Taipei’s Asia Art Center, comments: “The steady growth of the domestic market demand has nurtured art appreciation and collection that has become an integral part of life. The external market is rich internationally. Taiwan’s heavyweight collectors are diligent in doing their research in the world market.”

Since the early 1980s, Taiwan has fostered a collecting culture that is distinct in the region. From Old Masters and Chinese antiquities to Impressionism and modern art, the YBAs and market darlings like Kusama and Ed Ruscha, the range of Taiwainese private collections is extensive — perhaps, to outsiders, surprisingly so. Seasoned collectors like Victor Ma, Pierre Chen, Robert Tsao, Berry Lam, Leo Shih, as well as younger collectors like Jay Chou and Leslie Sun, have put Taiwan on the art market map.

While some are anxious, the majority of local gallerists are eager to see what changes Taipei Dangdai will bring. The prominent local players are glad to welcome the international mega galleries to their turf: for them, the fair is not a competition as such, but rather an exciting platform for greater exposure.

“It’s not about the prices but the quality — this is the reality of the art market,” says Tina Keng, founder of the leading Tina Keng Gallery and TKG+, a branch of the main gallery dedicated to contemporary art. “It is always important to buy what you like — something iconic, with personal visual linguistics and a strong academic background. Taste is confidence and personal style. One should never collect art just for the names.”

The gallery works with the contemporary master Wu Tien-Chang (b1956), who exhibited at the Taiwan Pavilion at the Venice Biennale in 2015.

“The quality of the artworks defines the success of an art fair,” says David Lin, Taipei director of Lin & Lin Gallery, which also has an office in Beijing. Tina Keng used to work for Lin & Lin’s founder, Tim Lin, after they worked together at the now defunct Dimensions Art Center. Between them, Lin & Lin and Tina Keng now have the most sought-after works and artists in the regional market, with enviable inventory, including Sanyu, the late record-breaking Chinese artist, known for his sensual nudes and melancholic floral still lifes; Zao Wou-Ki, one of the most significant 20th-century Chinese abstract painters, who moved to Paris in 1948 and befriended Miró and Giacometti; and Wu Dayu, who was Zao’s teacher. These are the names that dominate the top half of the market.

“Dealers should write art histories with expertise, but this is not the case in Taiwan,” says Tina Keng, pointing to some of the underlying issues. There is a lack of professional expertise in various fields of art in Taiwan, she says, such as restoration, art history and authentication. And there is an ongoing battle with fakes and forgeries.

Around a dozen mid-tier galleries in Taiwan closed in 2018; one explanation is the preference among Taiwanese collectors for blue-chip international works. However, this has not deterred local galleries from working with young talents. Indeed they are adapting their business models and diversifying.

Liang Gallery, Caves Art Center and InSian Gallery are known for modern Taiwanese and Chinese paintings, each with more than three decades of experience; recently they have been working more proactively with contemporary and international artists to revamp their images and distinguish themselves from traditional dealers.

“It is not easy to define Taiwan,” says gallerist Michael Ku. “It is a microcosm of mixed economy and eclectic selection. It is an interesting place, a montage of history and culture with multiple exposures to mainland China, Japan and the USA.” Ku celebrated his gallery’s 10th anniversary last year. It has a unique style and a strong roster of established and young artists.

One of the most important artists whom Michael Ku Gallery will present at Taipei Dangdai is Chiang Hsun (b1947). Influential in literary as well as visual art circles, he is considered to be the first Taiwanese writer to make art history accessible to the general reader. His seminal books on aesthetics helped shape readers’ understandings of art, beauty, religion and philosophy.

With satellite fairs lined up — including Ink Now, One Art Taipei and Art Future — visitors to Taipei Dangdai will also be able to catch the latest edition of the Taipei Biennial at the Taipei Fine Arts Museum (TFAM). The Biennial is one of the most important in Asia, not least because it is considered to be free from censorship.

Outside the fairs and museums, visitors to Taipei should not miss Lin Li Ling’s (b1965) third solo show at Caves Art Center. The Paris-based Taiwanese painter has a strong primary market in Asia; she was recently included in a group show at the Asia University Museum of Modern Art in Taichung, with her university mentor Chiang Hsun. Lin’s exhibition, The Effulgent Tiller of Hope, features a dreamlike series depicting suppressed sexual thoughts, alongside her signature paintings of children and flowers.

At Liang Gallery, Chu Ko’s retrospective on abstract ink paintings, will make clear the extent of the modern revolution in ink painting.

And Lin & Lin has given over its space to a solo show by Chen Chieh-jen (b1960) titled After the Financial Crisis and Automated Production. With several works in important museum collections, including the Centre Pompidou in Paris and TFAM, Chen is an artist to be reckoned with — as the recent acquisition of his works by the M+ museum in Hong Kong suggests.

At Insian Gallery, a group show of 33 artists — ranging from the Taiwanese sculptor Ju-Ming (b1938) to the classic painter Sang Lang Yang — will celebrate the 33rd anniversary of the gallery, which recently started working with Jeff Koons’s studio to bring limited edition works to Taiwan.

The gallery represents one of the most important painters in the Taiwanese contemporary art scene, Chang Ling (b1975), a leading figure in the Hantoo Art Group. He is set to have a major retrospective at the Kaohsiung Museum of Fine Arts in the second half of this year.

Another artist to watch is Mindset Art Center’s Tang Jo-Hung (b1975), who will have a solo exhibition at the TFAM opening in August.

Taiwan’s art market needs young pioneers to stir up changes. Both Keng and Ku agree that the taste for Pop art in Taiwan came from Japan’s cultural influences of manga and kawaii culture, with works by street artists acting as a gateway to the art world for the general public. But there still needs to be more in-depth art education.

The Yiri Arts space, founded in 2014, may be the answer to cultivating the next generation of collectors. It has grown speedily, exposing younger viewers all over Taiwan to homegrown art. Young painters like Chen Yun, Lai Wei-Yu, Shih Yung-Chun, Sun Pei-Mao and Wang Guan-Jhen appreciate the symbiotic relationship between young artists and young collectors.

Orton Huang, general manager of Yiri Arts, has the last word: “If the entire art industry is a steam train, young collectors provide the coal that keeps it running and accelerate it.”

The thematic focus of the biennial’s 11th edition, co-curated by Mali Wu and Francesco Manacorda, is “the interconnectivity of ecosystemic structures formed between humans and nature”. It is at Taipei Fine Arts Museum until March 10.

Here are some of the highlights:

Explore the series
READ MORECollecting: Art in East Asia
A view from the inside: Taipei’s art scene 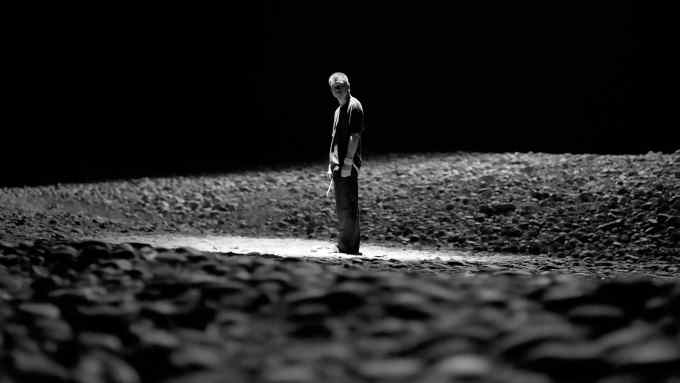