The Salzburg, Paris and London gallerist Thaddaeus Ropac is taking a prudent approach ahead of next week’s inaugural Taipei Dangdai art fair (January 18-20). Echoing many in the industry, he notes “It’s a very different dynamic in Asia. If we were to put this sort of effort into a fair in the US, we would get an immediate reward. Asia is still an important place right now, and is very active, but you don’t know what or when you will get something back.”

Nonetheless, he is building a team committed to the continent and has a staff of 10 going to the Taiwan fair, including new recruit Kyu Jin Hwang, a specialist in Korean art. They are taking a selection of gallery artists ranging from Gilbert and George (the 15-part “Food from the Believing World Series” 1983, £200,000) to Georg Baselitz (“Der Bote [The Messenger]”, 1984, priced about €2m). Ropac has been pleasantly surprised by his efforts in Asia so far, citing “sophisticated and knowledgeable buyers”, particularly from Japan, Korea and Taiwan.

Some cheering news to start 2019 is that a mural by the British street artist Stik will be restored to its former glory at the Laznia Centre for Contemporary Art in Gdansk, Poland this summer. The 45-metre-wide work, painted across two shipping containers by Stik and young local artists in 2011, went missing in 2014 and is now known to have been cut in 29 places. Several sections subsequently appeared in Andrew Lamberty’s gallery in London, some of which had sold privately, reportedly for between £10,000 and £12,000 each. Lamberty did not confirm these figures or how many parts of the work had sold. Stik states that he did not authenticate the sales.

Fittingly dubbed “To Skomplikowane” (“It’s Complicated”), some of its larger-than-life interacting stick figures were pictured holding hands. In an online petition, posted in 2016, the “young people of Gdansk” called on Lamberty to send back the work, which they describe as “about community and being together” rather than “to make money”.

Lawyers were brought in, but Stik and Lamberty have now reached a settlement. “It became apparent to me that this important work needed to be returned to Gdansk, where it belongs,” Lamberty said in a statement. Details have not been disclosed, but the gallerist said “it has been a lengthy process retrieving the components from different sources.”

On the advice of Boodle Hatfield, Stik’s law firm, pieces cut from the work were listed on the Art Loss Register from March 2016. The artist will help restore the mural to its original location at the Laznia Centre, which commissioned it in 2011.

The galleries already share one artist (John Gerrard) and currently on show in one of Dane’s two St James’s spaces (to February 16) are videos and works on paper by Chicago-born Amie Siegel, who is represented by Preston. “It’s very open-ended, but we are pooling our knowledge, resources and network,” says François Chantala, a partner at Thomas Dane.

Such collaboration has long seemed the answer to an increasingly squeezed business environment for mid-tier art galleries, but official tie-ups have been rare. “We had a long relationship already in place, which gives the comfort level that we can work together but won’t encroach on each other,” explains Preston, who first worked for Dane in 2001. The gallerist closed his Lower East Side space last year, when its 10-year lease expired, and he now operates from a nearby viewing space, finding exhibition venues “as required”. “It’s an opportunity to explore new models. I think we are going to see more of it,” Preston says.

Collaboration is also very much on view in London this weekend, which marks the opening of Condo, a space-sharing event that began in 2016 and this year hosts 52 galleries in 18 venues (to February 9). Condo started out as a more limited affair, with 24 young galleries in eight spaces, but its freewheeling, financially friendly format, devised by Vanessa Carlos, founder of Carlos/Ishikawa gallery, was an immediate hit. More established players — though ones still on the cutting edge — soon joined the fray.

These include Maureen Paley, participating for the third time this year with portraits of women by Juliette Blightman, shared with Vienna’s Felix Gaudlitz gallery, and of the sought-after Chelsea Culprit, brought by New York’s Queer Thoughts gallery. Also in her third showing at Condo is Sadie Coles, who hosts Château Shatto gallery from Los Angeles and JTT from New York. Sadie Coles is exhibiting the abstract artist Ryan Sullivan in a separate show.

These days, cutting edge doesn’t necessarily mean contemporary. London’s Modern Art gallery, participating in Condo for the second year, hosts Galerie Mehdi Chouakri from Berlin, with work by the forward-thinking Charlotte Posenenske, who died in 1985. Her rediscovery began in 2007, at Documenta; but, says Stuart Shave, founder of Modern Art, “there are still a lot of people who want to see and know her work.” New York’s Dia:Beacon opens a Posenenske retrospective on March 8.

Of Condo, Shave says, “It really expands our audience in a way that isn’t art fair-focused.” The event now also runs in Mexico City, New York and Shanghai, with smaller versions in Athens and São Paulo.

Since this article was first published, Thomas Dane gallery has corrected the information it originally supplied about its relationship with Simon Preston; the relevant item has been amended accordingly

Explore the series
READ MORECollecting: Art in East Asia
Treasures of Taiwan: inside one of the world’s great art collections 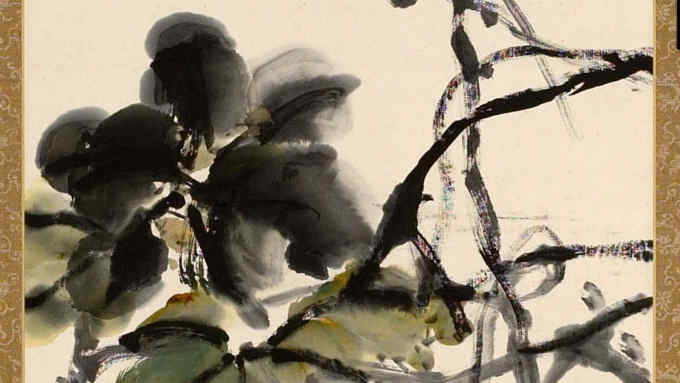