The artist is the first woman to represent Taiwan at the Venice Biennale, but she is ambivalent about her nationality and gender identity

This year, Shu Lea Cheang will become the first female artist to represent Taiwan at the Venice Biennale in a solo exhibition. But Cheang, who was born in Taiwan in 1954, has said she resists “any kind of stereotype”. “My nationality, my gender preference and my being female are not things that I take seriously.” She feels, however, that her selection reflects Taiwan’s “improved” progressive contemporary culture and the “liberated, intricate and generous new generation” she has discovered after over 40 years outside Taiwan, living in New York, Japan, the Netherlands, Germany, the UK and Paris, where she is now based.

Variously labelled as a queer feminist artist and sci-fi cyberpunk, in her work Cheang explores the relationship between technology, gender and the body across an eclectic mix of media — interactive cyber-interfaces, films, installations and live performances. On the phone from Berlin, where she is shooting work for the Biennale, she tells me that the arrival of the internet in the 1990s was a “liberation”. “Right now,” she says, “we talk about 3D, but at the time, the internet was the third dimension for art.”

Cheang enjoys being connected to “different circuits”; alongside her queer, net and political art circles she maintains links with mainstream institutions. “Brandon” (1998-99), her web project exploring the rape and murder of a transgender man, was the first internet art piece commissioned and acquired by New York’s Guggenheim Museum. Her work has also been shown at two Whitney Biennials, the Berlin and Sundance Film Festivals, Minneapolis’s Walker Art Center and the Palais de Tokyo in Paris.

For Venice, Cheang will present her immersive installation “3x3x6”, housed in the Palazzo delle Prigioni, Venice’s ancient “prison palace”, with transgender curator Paul B Preciado. Its title refers to the model for industrial prison cells — three metres long by three metres wide, monitored by six cameras — and the work explores electronic and digital technologies of confinement and control. “The body is our final frontier,” she says, “but the body can be hacked.”

Cheang is aware of the potential paradox in her role as Taiwan’s representative at the Venice Biennale. Due to her international career and nomadic lifestyle, “I had this complex about representing Taiwan,” she explains. But as work for the Biennale draws her back to the island, she says she is “very happy” to have discovered its contemporary art scene. 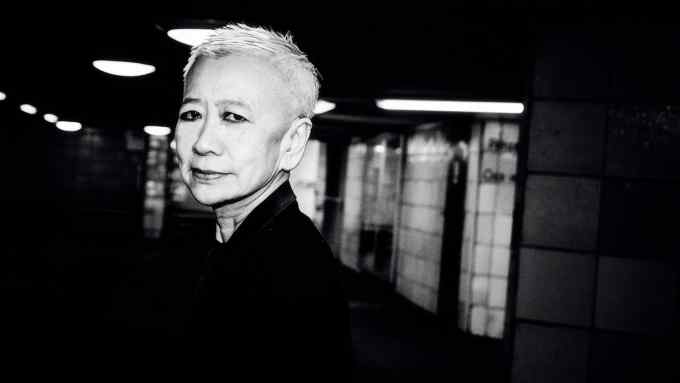