Why the whole world feels the ‘Brussels effect’

One of the most striking features of Britain’s looming departure from the EU is its potential as an indicator of how the battle for regulatory supremacy between the EU and the US is faring.

When the UK finally exits the EU, it will discover that the government’s beliefs that it can leave behind the EU’s regulatory straitjacket to launch itself freely into the world trading system are very much mistaken. Not only will it have to keep complying with EU rules to sell into the continental European market, but in some cases the UK will have to choose which of the mutually incompatible sets of EU and US regulations it wants to adhere to in order to trade.

Moreover, previous experience suggests that whatever regulation the UK chooses, companies operating in Britain may simply make their own decisions based on their need for global compliance.

Since the European single market was launched in 1993, Brussels and Washington have been engaged in a battle for their rules to become the international norm across a variety of fields that include chemicals, food safety and electrical standards.

Sometimes the struggle is fought openly in forums such as trade deals or global regulatory agreements. But often the outcome is determined by their being such large consumer markets that companies are compelled to accept regulation.

This explains why, for all that the Chinese economy has grown exponentially, China’s orientation towards exports means its regulations still come a poor third in the race for global dominance. Although the US may be more aggressive in trying to export its regulatory model, it is often the EU that makes the running.

The broad philosophical differences between the US and the EU, in many sectors, are clear. The way the EU interprets the so-called precautionary principle, for example, has the effect of setting a high regulatory bar to the acceptance of new technologies, such as food crops that use genetically modified organisms, and in new chemicals.

By contrast, the US tends to put the burden on regulators to prove that a substance is risky rather than the manufacturer to argue that it is not.

The US complains bitterly that the EU’s approach leads to products such as beef raised with growth hormones, or poultry washed in chlorinated water, being banned from sale in Europe. Others, such as potentially hazardous new chemicals, have to undergo stringent tests by regulators, including the European Chemicals Agency.

There are some counter-examples, but they reflect underlying social attitudes rather than dispassionate risk management. For example, the EU is much more lenient towards unpasteurised milk and cheese than the US. In general, however, European standards are stricter.

Even more galling for US policymakers is that because companies find it much cheaper to run one compliance system than two, some multinationals adhere to EU regulation even when their operations are outside Europe and the US.

Anu Bradford, a law professor at Columbia University in New York, says this so-called “Brussels effect” — named after the “California effect” in the US, where the Golden State in practice sets the regulation for much of the US economy — is not only big but growing. “For all the talk of the EU economic model being in trouble, the ‘Brussels effect’ is getting stronger,” says Prof Bradford. In chemicals, she says the US’s Dow Chemical Company in effect complies with EU regulations in its global business.

Moreover, there are areas where regulations are mutually incompatible, leaving producers with a choice about which market to target. Canadian beef farmers who had lobbied hard for more access to the EU market in the recently signed bilateral EU-Canada trade deal have discovered that it may all be for nothing. The EU bans carcasses that are sterilised using chemical washes, but it seems that US hygiene regulations imply they will not accept meat cleaned without them.

If Prof Bradford is right, the trend towards a convergence with EU regulations seems likely to continue. But for those areas where one set of rules is not merely stricter than another but actively contradicts it, companies will be forced to choose. 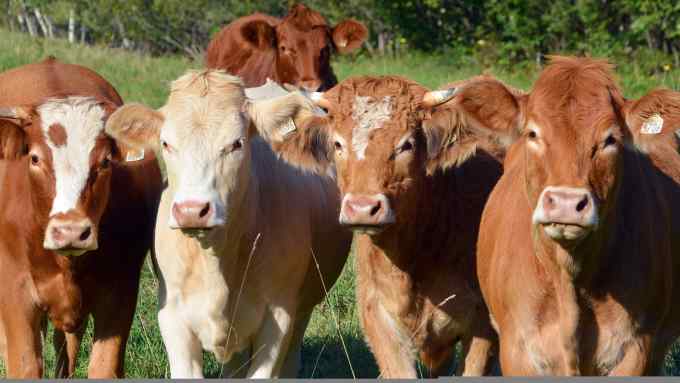