Intellectual property: taking the fight to the fakers

Only cross-border strategies will outwit counterfeiters

Sign up to myFT Daily Digest to be the first to know about Strategy news.

From the executive suites of Silicon Valley to microbusinesses and start-ups across many sectors, one of the most pressing problems for company boards is the protection of intellectual property (IP) assets across borders.

With some intellectual property rights protected on an international basis through global treaties such as the Paris Convention, IP is an area where international law is enforceable law.

Yet there is still considerable tension between international IP rights on one side, and the parochial disregard for enforcement and the rule of law, and blatant copying practices at a local jurisdiction level, on the other.

In view of this global versus local IP see-saw, Marty Wikstrom, a corporate director, says creating a smart global strategy is essential for IP protection. “It is difficult to create and easy to copy. Never before has the volume and velocity of blatant copying been so prolific across the world,” she explains.

From biotech serums, software and aeroplane spare parts to medicines, baby milk powder, mobile phones and car brake pads, some counter­feits are more and more indistinguishable from the real thing. An array of new digital technologies has made close to perfect copies possible at the touch of a button: digital fakes are almost immaculate in appearance.

The product, packaging and presentation on sophisticated webshops and social media platforms are so slick that they fool even the experts.

As if the use of digital copying tools were not enough, those with ill-intent — “bad actors” — have resorted to online technology to market and sell their counterfeit and pirated imitations on the web.

“The current challenges related to the internet are all too familiar — the sheer quantity and speed of counterfeit products offered online, and the anonymity of the bad actors behind those web sales,” says Anne Gundelfinger, former chief trademark counsel at Intel, the chipmaker.

The anonymity problem, in turn, exacerbates the “whack-a-mole” phenomenon, where one webpage is taken down only for another online listing to pop up under a different domain name while the infringers evade identification. Counterfeit listings are typically posted for only a few hours or days, which makes online detection, tracking and tracing very difficult.

The lightning speed at which perfect copies are churned out in a borderless digital world requires company boards to have a strategy and a smart operational process (see below).

At the international level, the rapid development of a backbone of common technical standards may be the only way to fight the bad actors globally and locally. Current measures may be effective but they depend on voluntary, collaborative, technical and legal standards. The key weapons against counterfeiters are in need of evolution because the internet is global.

Last year, Alibaba, the Chinese ecommerce group, launched the Big Data Anti-Counterfeiting Alliance. This is spearheading the use of big-data analytics and machine learning to remove counterfeit listings, identify counterfeiters and potentially reveal manufacturing sources by tracing the movement of funds.

Amazon’s Brand Registry programme offers rights owners powerful tools (including text and image search) and the ability to “whitelist” trusted sellers to act on their behalf for greater control over product listings. In a similar vein, the Motion Picture Association of America has adopted a trusted notifier programme based on white-listing copyright owners to expedite takedown notices.

Jenny Wolfram, chief executive and founder of start-up BrandBastion, which protects brand reputation on social media, says: “We are developing technology that will counter daily postings on Facebook and Instagram.”

2 Consider swapping (public) patents for (confidential) trade secrets
Patents are expensive to enforce, especially against attacks from the more ubiquitous and well-funded international trolls. Not only that, bad actors often view an inventor’s disclosure in a patent filing as an advertisement to copy it in their local jurisdiction. “It is becoming increasingly common for companies to look at trade secret [where information is kept strictly confidential] protection as an equally useful, and lower-cost, IP option,” says Gerry DePardo, a US patent and trade secrets lawyer.

3 Bundle your IP rights
The more IP rights you establish, the better the chances of a bad actor being caught transgressing one of the boundaries. You may have the rights to more than one form of IP, and these can be bundled together. In any IP battle, you need strong, varied weapons, whether you are involved in a full-scale war or an infringement suit, or the more subtle art of settlement negotiations.

4 Develop a good working relationship with the local law enforcement
In many countries, counterfeiting and piracy are crimes — breaches of public interests where customers and economies are harmed. Moreover, bad actors are typically part of organised crime and can be mixed up in activities such as money laundering, tax evasion and drugs. Counterfeiters pique the interest of law enforcement authorities, that are seeking ways to shut down organised crime networks. Working with them, therefore, can be more efficient and less costly than litigating through the courts. Liaising with the New York Police Department trademark infringement unit, the City of London Police’s intellectual property crime unit and customs departments around the world can be highly effective.

Get alerts on Strategy when a new story is published 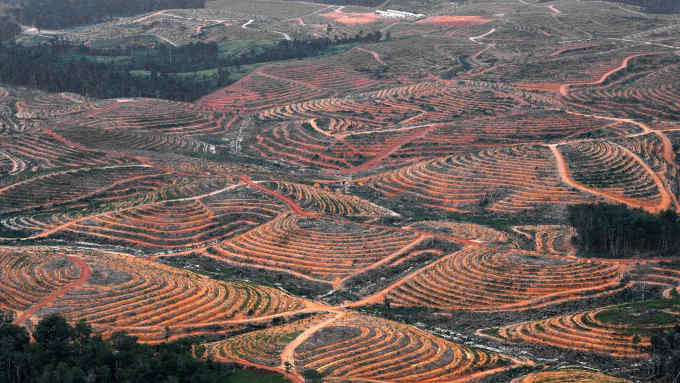