Company policies contend with many shapes and shades of green intervention

This August, environmental legal activists Client­Earth began an action against a coking plant in Silesia, southern Poland, where residents claim its emissions are making them ill. Then in November, the European Commission published proposals requiring carmakers to cut their vehicles’ carbon dioxide emissions by 30 per cent by 2030.

Whether such developments in environmental law are the result of campaigns or government policy, they have implications for companies working across borders. As air pollution or carbon emission standards vary between countries or, in the case of the US, between states, compliance with the law can become complicated.

“For multinationals, it’s a very complex system to navigate, and they end up having to use lawyers that specialise in each of the countries where they have a serious presence,” says John Pendergrass, vice-president of programmes and publications at the non-profit Environmental Law Institute in Washington DC.

In some cases in the US, local jurisdictions are at odds with federal lawmakers. Several states are looking to mount a joint legal challenge to the decision by Scott Pruitt, head of the US Environmental Protection Agency, to cancel the Obama administration’s plans to remove a widely used pesticide from the market. Some studies show it can damage children’s brains.

President Donald Trump has announced plans to reverse US climate commitments, including withdrawing from the Paris Agreement. Some US states, however, have pledged to either meet or exceed the agreement’s carbon-reduction commitments.

None of this is easy for companies to navigate, although most agree on the general direction of policy towards tighter environmental regulation.

“The multinationals we work with know that standards are going to continue to get stronger over time,” says Mindy Lubber, chief executive and president of Ceres, a US-based non-profit sustainability group that works with companies and investors on climate action.

The implications for companies of non-compliance include being prevented from doing business in certain jurisdictions or with certain organisations, as well as reputational damage if they are charged with environmental breaches. In extreme cases, companies face disruption if the courts force them to halt their manufacturing activities.

In 2014, for example, a Californian court granted a request to shut down the operations of Electro-Forming, a metal-plating company, because of alleged hazardous waste violations.

Breaches can lead to fines and pollution clean-up costs. The diesel emissions scandal at German carmaker Volkswagen, which admitted installing software to cheat emissions tests in up to 11m cars worldwide, has so far cost it around $27bn.

“Companies end up with criminal fines and civil penalties, and under US national laws you can have your ability to sell to the US government taken away — that’s an additional penalty,” says Mr Pendergrass.

If the business case for environmental compliance is compelling, how global companies respond to laws and regulations across different jurisdictions is less easy to resolve. When their activities are location-based, businesses can follow local rules.

“Companies are used to fitting in with local requirements; in the US that’s often state-led rather than federal,” she says.

Under US national laws, you can have your ability to sell to the US government taken away

Meeting environmental standards becomes more complex when it comes to products being sold in different jurisdictions. Ms Lubber says: “It’s easier for companies to have one set of rules, and you have to go to the highest one, otherwise you’ll be out of compliance somewhere.”

Where there are no formal international regulations, some companies develop global standards through trade associations — so-called soft-law standards. The Roundtable on Sustainable Palm Oil, for example, certifies that members are minimising the harmful effects of palm oil cultivation on the environment and communities.

Some companies are introducing measures that anticipate regulation; 70 companies have already undertaken to put an internal price on their carbon emissions, according to CDP, a UK non-profit that helps investors, companies and cities assess their environmental impact.

This means that when companies calculate the profits or losses of any investment or product line, they factor in a certain price for carbon emissions, in addition to revenues and expenses. This helps to mitigate the risk of future regulation, thereby allowing companies to assess the relative profitability of different investments in the event of a carbon tax being imposed. 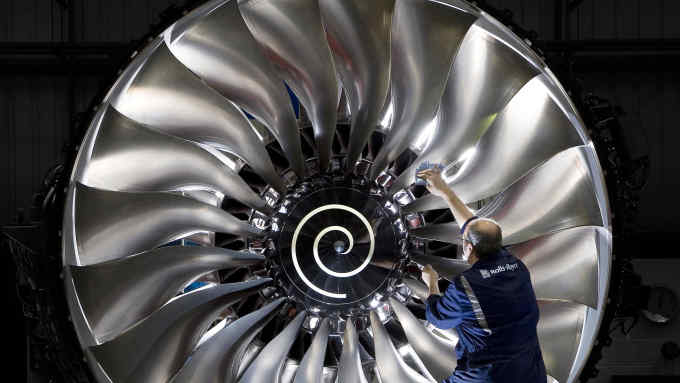