Beijing wants a bigger say on mergers, including those outside its own jurisdiction

Sign up to myFT Daily Digest to be the first to know about Mergers & Acquisitions news.

In August, chipmaker Broadcom’s proposed $5.5bn acquisition of telecoms company Brocade Communications Systems went smoothly through the Chinese merger approval part of the process — but on one condition: a promise by the company to abide by Chinese market trading conditions.

The symbolic concession from the two US companies signalled a broader point: until recently, it has been mainly the US and the EU that exercise a right to vet deals involving companies from other jurisdictions, but China increasingly wants a say in global mergers.

As multinationals become more “multi”, they must file for a merger review in a growing list of jurisdictions. Companies file to receive approval for a deal to go through in every country, including China, for which it meets filing requirements.

“If you have a global deal, merger or acquisition, or even a new joint venture, it’s possible that it could be subject to merger review in as many as 100 countries,” says Peter Wang, head of law firm Jones Day’s Chinese antitrust division.

China’s review process is relatively new on the list but is more and more influential. Implemented in 2008, the country’s antitrust law gives the anti-monopoly bureau at China’s ministry of commerce (Mofcom) powers over any deal worldwide if the regulators judge that it will have a broad effect on Chinese consumers and suppliers.

This means China’s regulators sometimes scrutinise deals with no direct effect on its economy, such as a joint venture outside the country bet­ween two multinationals, because both have a presence in China. It also means Mofcom handles a large case­load each year, delaying deals that may be passed in other jurisdictions.

A simplified filing system, which was introduced in 2014, lessened China’s burden by expediting the review process to a maximum of 30 days for multinationals that have no direct activity in China. Still, legal experts caution multinationals to allow more time to file in China, and even to do so before filing in the EU or US, to avoid delay.

“There is a similar deal risk [in China to that] in other places,” says Alex Zhang, Shanghai-based head of China practice at law firm White & Case. “Rather, the concern from the companies’ side is usually whether [Mofcom] is able to process the applications in a timely manner.”

Compared with other merger jurisdictions, such as the EU, China rarely intervenes in deals (see chart). Mofcom has interceded in or blocked only 1.2 per cent of all deals over the past four years. The European Commission has blocked or intervened in 6.2 per cent of deals over the same period, according to law firm Clifford Chance.

Some blocked and conditionally approved deals have, however, fed criticism that China is using its merger-review process to promote Chinese industrial policy.

“The purpose of a merger review [by Mofcom] is to assess how [a deal] accords with domestic economic interest. How will the deal impact Chinese consumers, domestic companies and other core interests or stakeholders?” says Zhou Chunsheng, professor of finance at Beijing’s Cheung Kong Graduate School of Business.

One of the best-known examples of a review is Mofcom’s blocking of Coca-Cola’s 2009 $2.4bn bid for China’s Huiyuan Juice despite approval from the EU and US. People close to the matter said the ministry was anxious about letting a foreign company own China’s largest juice brand and asked Coca-Cola to relinquish the Huiyuan name — a request that was refused — before the deal was blocked.

In the majority of conditionally approved deals, Mofcom imposes behavioural adjustments, such as promises from companies on how they conduct business with Chinese suppliers and consumers, particularly if they are in sectors important for national security or industrial policy. For example, a 2011 merger between two Russian potash suppliers won the regulator’s approval only after both companies agreed to maintain a baseline level of imports to China and ensure fair price negotiations with Chinese buyers. Potash is a critical ingredient in agricultural fertilisers.

On November 7 this year, Mofcom approved the $25bn merger between two fertiliser companies, but ordered them to divest themselves of interests in Chile and Israel.

Mofcom’s behavioural adjustments can delay deal approval because conduct requires continued enforcement from the ministry and more resources. Legal advisers say Mofcom’s focus on industrial policy means multinationals should consider tailoring merger filings to the Chinese market instead of duplicating filings in other jurisdictions. “How do you explain that transaction in a way that will help [Mofcom] very quickly grasp that the transaction strategy is important,” says Mr Zhang at White & Case.

China is strengthening its merger review regime. “I would expect to see an increase, though not exponential, in deals in which Mofcom intervenes or that it blocks, only because as China’s economy grows, more and more deals will touch upon sensitive sectors,” says Prof Zhou.

That means the associated risks will also increase, say legal advisers. “Now you can go around saying why this merger is bad to 10 different countries, and you only need one country to buy your theory to slow down the deal significantly. That is a result of the globalisation of the antitrust review process,” says Jones Day’s Mr Wang. 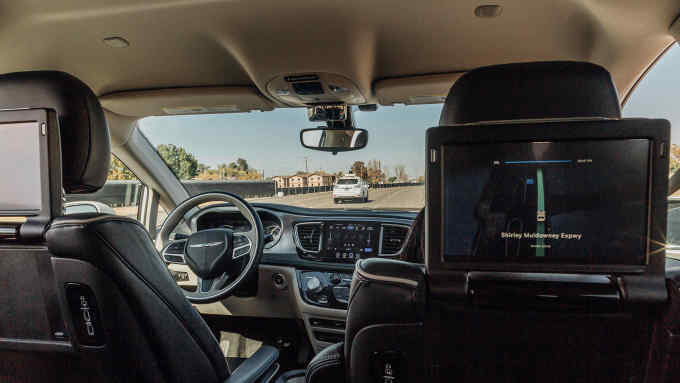