Dealing with the effects of one bubble creating more

From stocks to SWAG and from bonds to bitcoin, many assets look overpriced

The Great Financial Crisis did not turn into a second Great Depression, merely a Great Recession. Asset prices quickly recovered. But did the desperate measures taken then create new bubbles?

Quantitative easing — central bank buying of bonds to push down their yields — left investors with cash that they had little choice but to put into risky assets. Critics complained that this was “printing money,” and would lead to currency debasement. The havens were traditional stores of value that took on the acronym SWAG: silver, wine, art and gold. By 2012, SWAG assets had formed a bubble. But it deflated as inflation fears receded and confidence in governments returned.

Bricks and mortar offered another haven — particularly for those nervous that their countries might not always tolerate their wealth. Several housing markets have rallied despite lacklustre economic growth. In particular, London, a classic haven for foreign owners, and Vancouver, a favourite of the Chinese community, saw dramatic gains.

SWAG and real estate were not typical speculative bubbles. Investors were trying to protect themselves, not speculating on a big profit. The classic bubble appears to be in cryptocurrencies, led by bitcoin. The technology is new, exciting and potentially revolutionary. But the rise in a currency that has no intrinsic value and no government recognition is still breathtaking.

Asset bubbles are not necessarily damaging. If stocks shoot up and shoot down again, people may have lost money they only ever held on paper. The critical question is the level of debt. If collapsing bubbles inflict losses on indebted investors, or if cheap credit leads to excessive speculation, disaster can result. In 2009, everyone expected a decade of deleveraging. It has not happened. In a number of markets, there are signs of debt-funded speculation, and of over-indebtedness.

The central concern continues to be interest rates. Exiting the crisis, most expected inflation, with higher interest rates in its wake. Instead, deflationary psychology took hold. There is no speculative excitement over bonds, but many still say that European bonds are in a bubble. As the US subprime crisis gave way to the eurozone crisis, and central banks bought more bonds, yields on the main European economies’ bonds went negative. In effect, investors paid governments to look after their money.

Why are those interest rates so low? Is it due to factors that will persist, like the growing number of elderly or a “secular stagnation” that creates low inflation? Or is it just about meddling by central banks? The question is vital, because stock prices look sustainable if rates stay low — but over-inflated and ready to burst if rates were to rise.

A popular long-term valuation tool is the “Cape” (cyclically adjusted price/earnings multiple) which compares stocks to their average earnings of the previous 10 years — and has tended to reach peaks just before big market crashes. On this basis, US stocks appear more expensive than at any time bar the months before the great crash of 1929, and the bursting of the dotcom bubble in 2000. But bonds look even more expensive, so investors have little incentive to move their money. Is this a bubble? 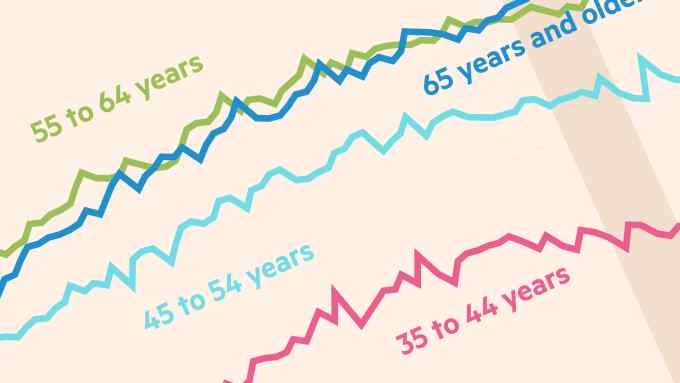