Financial Times columnists pick their charts of the credit crisis on the decade anniversary.

One of the great ironies of the 10 years following the financial crisis is the way in which low interest rate monetary policy — which was designed to get Main Street USA back up and running and to help people buy homes and start businesses — has bolstered share prices and the markets more than it has helped ordinary Americans.

Low rates have facilitated record amounts of corporate debt issuance, and a lot of that debt has gone into share buybacks, which have peaked in the past couple of years after going up steadily since the crisis.

Buybacks bolster share prices, which in turn enriches the wealthiest 20 per cent of Americans, who own 80 per cent of all the shares.

So what is going to happen from here? We have seen a little bit of a pullback this year on buybacks, but it could be that companies are simply waiting for the tax changes that the Trump administration has talked about. If they are given a tax break to bring overseas cash back into the US, it is very likely that buybacks will resume and push up the market a little bit more — before it eventually reconnects to Main Street.

Explore the series
READ MORE
Who was convicted because of the financial crisis? 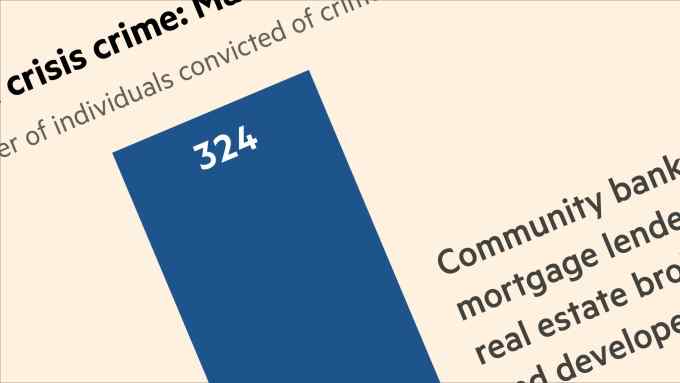