Bill Gates: We must share data to fight Alzheimer’s

A Reddit user recently posted a photo that stuck with me. The image shows a series of crochet squares her mother made after being diagnosed with Alzheimer’s. The earliest ones are neatly stitched, but as time progresses, her crocheting gets messier and messier. The last squares aren’t squares at all, but tangles of yarn.

The picture perfectly captures how Alzheimer’s destroys the brain. The disease robs people of their ability to function. My family and I have seen first-hand how devastating this process is, and we’re not alone.

In the UK, Alzheimer’s is the only disease in the top 10 causes of death without any meaningful treatments that becomes more prevalent each year. Unless we find a breakthrough in treatment, its cost — both emotional and financial — will explode.

Despite this daunting state of affairs, I’m optimistic that we can substantially reduce the impact of Alzheimer’s. There are a number of areas where we can make significant progress.

To start, we could enable faster progress on all fronts of the Alzheimer’s fight by facilitating more data-sharing. Scientists all around the world are working hard to generate new discoveries every day. The data they’re collecting in the process are a tremendously powerful tool that can be harnessed better to understand and reduce the impact of the disease.

Much of the research being done is publicly funded. While I recognise there is a lot of money to be made from discovering an effective Alzheimer’s treatment, the benefits the entire field will reap from combining data sets outweigh the competitive advantages that come from keeping information siloed.

For one thing, compiling these data might show us how the disease progresses. When you take a newborn to the doctor, you can see how their height and weight measure against a typical growth curve. Combining data sets could allow us to create a similar curve for our brain’s health as it ages, helping us understand how Alzheimer’s deviates from normal ageing, and track how the brain changes. We could also see how these changes may differ based on gender, ethnicity, lifestyle or genetics.

Here’s another benefit: by analysing data from large populations, we will probably be able to identify patients at risk earlier. Families and doctors often wait until memory problems appear before diagnosing someone, but the disease begins much earlier. A comprehensive look at brain scans, genetics, medical records and memory testing results would enable doctors to calculate your Alzheimer’s “risk score” and identify when you should be tested further.

Live event: Will there be a cure for Alzheimer’s disease?

Large data sets will also make it easier to identify new targets for treatment. While most research to date has focused on two proteins that cause tangles and plaques in the brain, there are thousands of potential ways we could target Alzheimer’s. I recently invested in a UK-based organisation working on unique approaches to stopping the disease, and there is lots of excellent science being conducted on a small scale. A comprehensive look at the results coming out of these past studies could help spot attractive drug candidates and promising new approaches.

The clinical trial process is another area that will benefit from data. It’s difficult to find enough eligible patients willing to participate. If scientists could predict exactly how many participants are needed to gauge the efficacy of a new drug, they could conduct smaller but just as effective studies. This would speed up the process and help get new therapies to market sooner.

Data have already transformed our lives for the better in so many ways, from spotting a fraudulent purchase on your credit card to adjusting traffic lights so that you spend less time sitting in traffic. I can’t wait to see what new discoveries will be made in the fight against Alzheimer’s thanks to the power of data.

The writer is co-chair of the Bill & Melinda Gates Foundation

Take disease research data out of the silos / From Mark Medish, Washington, DC, US

Explore the series
READ MORE
FT Person of the Year 2017 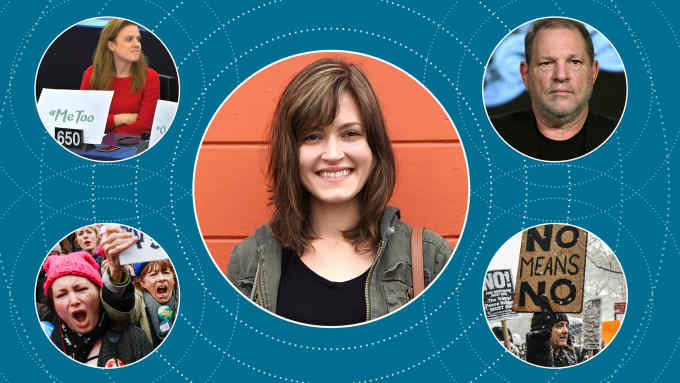 The launch of bitcoin futures this week gave us a glimpse of how innovation is shaping everyday life, real and virtual, from cryptocurrencies to the gig economy and data in science. Here’s the best of our comment and analysis