If you think the same, join us
FT Appeal for Alzheimer’s research
See all 17 stories
FT Seasonal Appeal

What they don’t tell you about dementia

We’ve all heard of dementia — but how does it feel? Read stories about living with the disease

Over the coming weeks, as part of our 2017 Seasonal Appeal in support of Alzheimer’s research, the Financial Times will be sharing the human stories behind the disease.

In response to FT writers’ personal stories about dementia, our readers have been generously sharing their own moving testimonies, comedic anecdotes and advice learned from the experience of caring.

Below is a selection of these submissions. We will continue to publish more of your stories over the coming weeks.

If you would like to share your own, please do so in this form or in the comments below.

Submissions have been condensed and edited for clarity.

I was diagnosed earlier this year with Alzheimer’s. I am in the early stages of the disease. But already it is clear to me that little by little it will waste my thought processes.

I have volunteered to have access to experimental treatments that I doubt will benefit me, but I am hopeful that others will benefit.

I intend to enjoy each day that I have to the best of my ability knowing that at some point I will be bedridden and will not recognise my wife and family members.

My wife is equally courageous. She is serene on the one hand and determined to be courageous through this ordeal.

My father had early-onset Alzheimer’s beginning in the late 1960s aged 48. We three children, aged three, eight and 10 at the time, struggled with our kind, easy-natured father gradually becoming a belligerent, angry man. Initially, we noticed that he would repeatedly re-introduce himself to guests that came to our home. Then he began doing the same with his family. He would look at us as if we were strangers and then introduce himself. Within minutes he would repeat that pattern.

Our stay-at-home mother, who never learned to drive, had to find work. She ended up working in a department store an hour’s bus ride from home. We children were too young to drive, so on Fridays, when there was no late bus service, we helped direct dad as he drove to pick mom up. Thinking back on that escapade stirs feelings of both fear and laughter. Dad had no idea which was right or left, so we would shout in unison, “turn left” and had to point in the appropriate direction at every turn.

Dad had been a shoe designer and as he began to lose his skills, he would direct the three of us to use his special (very sharp) tools to mark pieces of leather for him. We loved it when he brought chains full of colourful leather samples. We’d cut out shapes and glue them to our headboards.

After 10 years of decline, we had to place him in a nursing home. On a beautiful day in early June, he died while holding in his hand my first son’s soft leather baby shoe. He had pulled it from my son’s foot as he died.

My grandmother had Alzheimer’s when I was a kid. She had lucid moments from time to time. Fortunately, she was still capable of dressing herself, eating, going to the bathroom and talking. However, she usually forgot where she was, what day it was and in some cases her children’s faces.

She died because she couldn’t remember how to chew any more. It is impressive how this disease could bring the family together or tear them apart. In the end, it depends on you.

Our Mum Joan, who is now 82, probably had Alzheimer’s some time before we realised. It wasn’t until she had a stroke that we discovered Alzheimer’s was the likely cause. She had been forgetting to eat and drink, preferring a good G&T with her friend instead!

There are good days and bad days. She wants to be a teenager again, wants to see my Dad again and doesn’t really understand why this is all happening. My brother and I are the parents now. But we do it with love and a sense of humour, exactly the way she brought us up. She still wants to go and play badminton and often talks about finding a boyfriend, but then recalls all the hassle that comes with it and changes her mind!

A while ago, we sorted a life-long dream for her and she flew and piloted a Spitfire at Goodwood. Her confidence that day was amazing to watch. We had a glimpse back to the way she was before: sociable, confident and of course flirtatious! She will always be awesome, a role model and Mum.

My husband is 66 and was diagnosed a year ago. Two years after first taking him to the GP they were still saying he was OK, so I gave them a list of things that he was doing. Most notably, he could sit and watch Homes Under the Hammer for eight hours! They sent him for a brain scan then!

My dad, who suffers from Alzheimer’s, does many things that I find funny.

He develops funny foibles and routines which all have a very good reason in his mind. At the moment he has mango chutney with all meals and puts a coaster over water glasses to keep the germs out.

Humour is really the only way to stay sane. It has brought our family closer together and that’s a real blessing.

On our last holiday together my husband and I danced for hours to a live band. We were both stiff the next morning. David appeared to remember nothing of the previous evening. Yet all day, he hummed the tunes that we had been dancing to the night before. So something had been retained and remembered.

There were a few comical moments. One time he said he better ring his parents to tell them where we were. I mentioned that the phone might not work to where they were (dead). And he said: “Of course, I forgot. They don’t have a phone!”

When he was no longer able to drive I removed the car key from his key ring and replaced it with another key which didn’t work. This stopped him fretting that he’d lost his keys.

If an Alzheimer’s sufferer is somewhat functional, help them to feel needed. Ask for help folding towels — give them a dozen towels to fold. Then bring them into another room, mess them up, and bring them back asking for more help. When the person feels needed, they feel valued and calm. When the person feels helpless, they are scared and upset. Music works. Old-time pictures work — not to quiz the person, but just to let them stimulate a conversation.

A person with Alzheimer’s is like everyone else: they want to be hugged and told that they’re loved. If you’re in public and your loved one does something a little embarrassing, please know that strangers are very understanding. Simply say “Dad has Alzheimer’s” and you’ll see the stranger’s immediate kindness and empathy.

I have just come from tidying up my dear Mum’s grave. It was a gradual decline: from forgetting where the car was parked and losing things to filling the kettle with tea bags and putting leftover food in the cupboard.

Mum died in September with end-stage dementia. Her ability to walk had declined, which she found very upsetting, and despite trying little strolls around the room she was soon chair-bound.

Mum cried as she realised she could no longer write Christmas cards or speak to her grandchildren but we could always hug her and did outings to the park and for tea and cake in the pub up the road while we could. I miss my lovely Mum every day.

[My advice is] don’t underestimate what they can understand. Treat them as the person you know. Keep talking to them. There is always laughter somewhere and if the nursing staff aren’t happy and joking and there’s no joy, move your relative.

My father had early-onset Alzheimer’s and he passed away at 67. It is obviously an awful disease and those of us who have to watch our loved ones struggle and stumble through this have to also fight to remember who they were, not who they have become. The manifestations are different for each patient. I often was able to see the fear in my father’s eyes as he struggled to say something but could not get the words out. He was not oblivious to his struggles, which made it so much sadder to watch. I hope they find a cure, but so far the progress is glacial.

Blessings to all who suffer with it and patience to all of those who are caring for an affected loved one.

She paints wilted flowers
On the front porch all day long.
The clouds count off the hours,
And I write her Sunday songs.

She paints wilted flowers,
Just the same ones once or twice.
She never seems to notice —
Still I tell her that they’re nice.

And she remembers now and then
The different wheres and whens
Of the life we led together.
And I count the hours by her smiles
When she can see me for a while

Through this storm that we both weather.

I paint her wilted flowers.
And she helps me when she can.
I tell her that I love her,
And I hope she understands 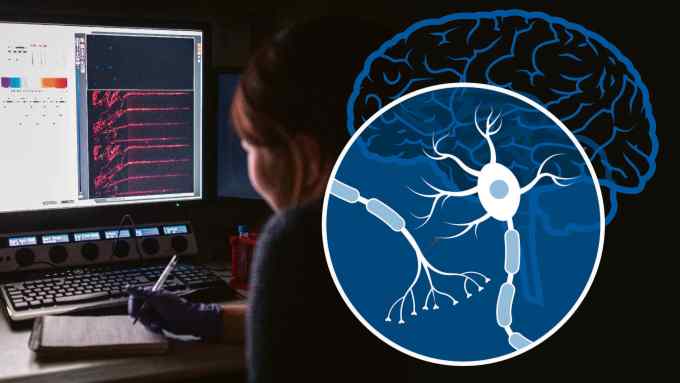