Would you want to know if you had dementia?

Most Britons believe people with dementia would benefit from a diagnosis, even though there is no good treatment available, according to a new opinion survey for Alzheimer’s Research UK.

YouGov asked 2,099 adults whether there was value in a person with dementia being given a formal diagnosis from a doctor. Three-quarters (76 per cent) said yes and only 7 per cent said no.

The positive response rose to 79 per cent for people aged over 45, and 82 per cent for those who have known someone with dementia.

“The results are more positive than we expected,” said Carol Routledge, research director of ARUK, this year’s Financial Times Seasonal Appeal charity. “We thought there might be more reluctance to seek a diagnosis in the absence of any treatment that could affect the course of the disease.” Lack of treatment was given as the reason by 61 per cent of those who saw no value in diagnosis.

At present about 530,000 people in the UK have been diagnosed with some form of dementia. This is estimated to be 69 per cent of the total number of people with the disease. But the rate of diagnosis is much lower — only 39 per cent — among people under 65 with early-onset dementia. (Alzheimer’s disease accounts for 60 per cent of all dementia cases.)

Diagnosis today usually begins with a GP who suspects dementia referring the patient to a memory clinic or neurologist. Close family members may also be asked about symptoms and changes in the patient’s mental faculties.

In addition to cognitive and memory tests, specialists may carry out brain scans or a lumbar puncture to investigate the build-up of abnormal amyloid protein that is characteristic of Alzheimer’s. Diagnostic blood tests are under development but unlikely to be widely available for several years.

Trina Armstrong, 71, has an unusual variant of Alzheimer’s called posterior cortical atrophy (PCA), which particularly affects an area at the back of the brain involved in processing visual information. Her PCA diagnosis arrived four years after the onset of symptoms, including deteriorating eyesight and growing forgetfulness, which doctors originally attributed to stroke.

Mrs Armstrong, who lives in north-west London, says it is a great relief to know the real cause of her mental deterioration. “I would prefer family and friends to know what is wrong with me, for example why I couldn’t play cards,” she told the FT. “You get sympathy and understanding — and you look for ways of dealing with the information.”

Her husband and carer Graeme added: “You begin to realise what you are in for — and the endpoint is not a lot of fun.” But she chipped in: “It is helpful to know what it is. Then you can explain to other people.”

“One of our key aims is to develop an early diagnostic tool,” said Dr Routledge. Successful treatment is likely to require people who might develop Alzheimer’s to be tested and start taking drugs while they are still healthy and before toxic proteins such as amyloid have built up in the brain.

Explore the series
READ MOREFT Appeal for Alzheimer’s research
‘My sister had dementia. Now I face the same fate’ 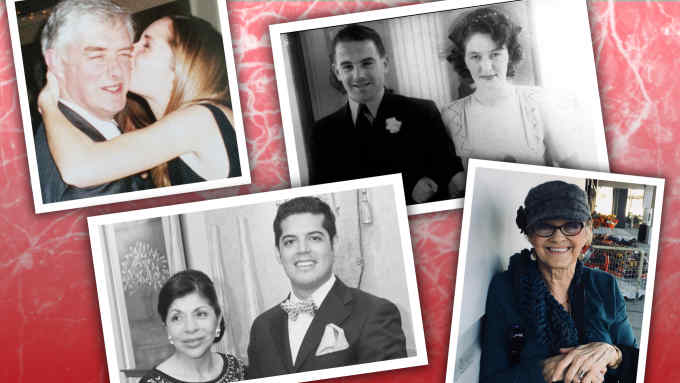