Wave-bending materials revamp satellite antennas and drones — as a start

Metamaterials first captured the public imagination in 2006, when John Pendry of Imperial College published two papers showing how to create a Harry Potter-style invisibility cloak using the specially engineered materials. David Smith, professor of electrical and computer engineering at Duke University, who was a co-author of the research, went on to produce the first functioning cloak — although it made objects invisible to microwaves rather than to visible light.

Now, the same technology is starting to be used in a number of commercial products. Because certain metamaterials can control electromagnetic waves, they can also be used to improve the performance of satellite antennas and sensors.

These commercial uses may be less headline-grabbing than an invisibility shield, but they show that metamaterials are coming out of the lab and into everyday use.

“These are the earliest pushes,” says Tom Driscoll, chief technology officer of Echodyne, which makes radar for drones, one of the products that uses the emerging technology. “It is a time when [people are] starting to emerge from their research or stealth development phases and ship general availability products.”

Prof Smith began working with Intellectual Ventures, a Washington-based company, in 2008 in order to create products using metamaterials. In 2013 he took a sabbatical from Duke University to help establish the Metamaterials Commercialization Center within the business.

“After we did the cloaking, my feeling was that [we] couldn’t do more in academics,” says Prof Smith. “That was such a big splash. Despite the impact, if you don’t have applications coming out, the field could still die, so I turned my attention to working closely with Intellectual Ventures.”

Kymeta Corporation, which sells satellite antennas made from metamaterials, was the first company to spin off from Intellectual Ventures in 2012. It has since raised more than $200m in funding, with investors including Bill Gates.

Metamaterials allow Kymeta to make antennas lighter and more portable than conventional satellite dishes. The company began selling terminals with these lighter antennas in December, to allow cars, trains, yachts and other forms of transport to connect to the internet via satellite.

Eventually Kymeta hopes even individual consumers would consider purchasing a satellite terminal for internet access, rather than using cellular networks. With wholesale prices at about $25,000 per terminal, the product remains out of reach for most, but prices will come down in the future, says Nathan Kundtz, Kymeta’s chief executive and a former graduate student of Prof Smith’s.

“This is potentially the first large market scale big play that metamaterials has had,” says Prof Smith. “This is a ‘go big or go home’. As always with a new technology, they need to drive the cost down to make it a consumer market. [But] if you have a very low-cost antenna that could receive broadband internet and you were not tied to any particular wired or local infrastructure, it would be very powerful.”

Echodyne is another of the four metamaterials companies spun out of Intellectual Ventures, with a further three currently in incubation. The company produces radars to integrate into drones, as well as ground sensors to detect drones at borders and fences. Echodyne says that metamaterials allow it to produce radars more cheaply and on a larger scale than some comparable products, like phased array radars.

“In our assessment, a big missing piece [from the marketplace] of the puzzle is a sensor that is compatible with mid-sized drones, that can act as a collision avoidance sensor at ranges of kilometres,” explains Mr Driscoll.

The Canada-headquartered Metamaterials Technologies, meanwhile, makes metamaterials that control light waves, to deflect lasers shone at aircraft and improve the performance of solar panels. Several others are on the point of commercialising technologies which are in the research phases, says Prof Pendry.

“The first applications will be solving problems that have already been there and which can be [done] more cheaply,” he says. “Down the line, there will be in 5 or 10 years things which solve problems which you didn’t know existed. It takes a long time for technology to become mainstream, but there are plenty of things going on in labs. You are just seeing the tip of the iceberg with these small companies surfacing.”

“There are quite a few companies appearing in the metamaterials space,” says Angela Demetriadou, professor at Birmingham University’s Metamaterials Research Centre. “Some of them will stay and some will disappear.”

As for invisibility, in 2011 one of Prof Pendry’s former students at Birmingham University, Shuang Zhang, made a paper clip invisible using natural crystals that bounce light and scientists say it might be possible to do the same with larger objects. Unfortunately for Harry Potter fans, however, they say a portable cloak that makes moving objects invisible to the human eye remains improbable. A metamaterial cloaking device needs a certain thickness in order to effectively bend the light travelling through it, according to Prof Pendry.

“I think a Harry Potter [invisibility cloak] is a dream because it is not going to be thin like some piece of cloth,” says Prof Pendry. “You could theoretically envisage making it very thin, but it is totally impractical. Sorry. No cloak.” 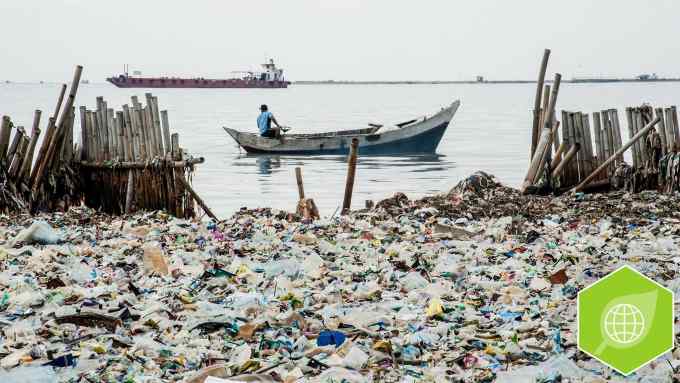