Systems needed to manage up to 750,000 potentially dangerous objects in orbit

When Russian military satellite Cosmos-2251 and US commercial satellite Iridium 33 crashed into each other in February 2009, both spacecraft were destroyed, spreading a cloud of debris into orbit around the earth. It is estimated that more than 1400 pieces of debris larger than 10cm were produced, some of which will stay in orbit until the end of the century. Avoiding collisions with these fragments has meant even more caution is needed when launching objects into space.

Concerns about space collisions aregrowing as a number of companies such as SpaceX and OneWeb plan to launch mega-constellations of satellites, consisting of hundreds of spacecraft, dramatically increasing the number of objects in orbit around Earth.

Tracking space junk is difficult. The United States Strategic Command’s Space Surveillance Network, which detects, identifies and tracks artificial objects orbiting the earth, has a public catalogue of 19,000 items. Just 2000 of these are active satellites, says Hugh Lewis senior lecturer in Aerospace Engineering at the University of Southampton. The rest of the items are junk. Given the difficulty of detecting smaller objects, however, it is thought that there could be anywhere up to 750,000 objects larger than 1cm in orbit around Earth, all of which can cause damage.

Mr Lewis has developed a computer model to simulate possible futures by using statistical information to gauge what objects are more likely to crash and create debris. The system, known by its acronym Damage, draws in information of launches and spacecraft from different space agencies, and uses the data to illustrate the low Earth orbit and geosynchronous orbit regions in as much detail as possible.

The UK Space Agency has used the computer model since 2004, allowing them to understand what impact new space systems might have on their environments.

There is a particular interest, now, in looking at the effect of mega-constellations. Mr Lewis says the increasing number of launches by new operators into concentrated regions of space makes satellite management a serious challenge.

“If you imagine all the cars in the UK could drive anywhere on the land surface, then you’d actually have quite big gaps between all the cars, but the fact is they drive on roads and some roads are more popular than others,” says Mr Lewis. “The same is true for orbits. Satellites that we rely on aren’t just travelling anywhere. We’ve selected particular orbits for them and those orbits are becoming more and more congested.”

Some scientists worry that the proximity in which satellites in mega-constellations will operate could lead to severe collisions. A worst-case scenario would be the so-called Kessler syndrome — where the low earth orbit is so densely populated by junk that a cascade of collisions will inevitably ensue.

Estimated number of objects larger than 1cm in orbit around Earth.

There are already more than 2000 instances a day of tracked satellites passing each other within a range of 5km, which, according to Mr Lewis, “is really not that much” in space, thanks to the very high relative speeds in Earth orbit.

The Aerospace Corporation, a non-profit organisation based in El Segundo, California, has voiced particular concerns about derelict satellites.

“The stuff we put up decades ago is still in orbit and will remain in orbit. A lot of those things are just pieces of trash floating around, and if something hits them you create more debris, and of course they can be a hazard for operating satellites,” says William Ailor, principal engineer at the Aerospace Corporation’s Centerfor Orbital and Re-entry Debris Studies.

The stuff we put up decades ago is still in orbit and will remain in orbit. A lot of those things are just pieces of trash floating around.

Space debris mitigation guidelines set out by the UN recommend that companies do as much as possible to reduce the production of mission-related debris and remove decommissioned spacecraft from regions populated by operational satellites. The Aerospace Corporation is concerned, however, that mega-constellations will still lead to a huge “step change” in the rate of collisions.

Current guidelines by the Inter-Agency Space Debris Coordination Committee (IADC), an international governmental forum that aims to co-ordinate the management of debris in space, suggest that small satellites should be out of the atmosphere within 25 years of their final use. While objects below 600km will be brought down by natural drag, and burn up with 25 years, everything above needs an active mechanism such as a rocket to lower it. The Aerospace Corporation believes bigger changes will be needed, however, as objects already in orbit will probably be exempted from any tightening of rules.

The Aerospace Corporation is working alongside Lockheed Martin, a US defence contractor, to develop a tracking system known as a space fence, which aims to detect debris in more detail using radar. Another area being looked into by the Aerospace Corporation involves implanting new satellites with transponder packages and reflectors to make it easier for radar to pick up these small objects.

New methods of tracking space debris won’t prevent the failure of satellites in space, making it crucial that objects are removed once their purpose has been served.

“If you imagine a 5000 satellite constellation and you have a 10 per cent failure rate, you’ve got 500 dead satellites wandering around,” says Ted Muelhaupt, associate principal director of the systems analysis and simulation subdivision at the Aerospace Corporation. “Get out of orbit when you’re done. Get your booster out of orbit. If you have a failure, you need to go and clean it up.”

Many small satellites, however, lack a propulsion system that would let them manoeuvre out of orbit.

Planet, an earth-imaging company headquartered in San Francisco, is trying a different approach. It has deliberately chosen to orbit its Dove satellites at lower altitudes to avoid adding to traffic at the higher regions of 800-1000km above Earth and to accelerate the process of “deorbiting” satellites through natural drag. Mike Safyan, senior director of Planet’s Launch and Global Ground Station Networks, says collisions at these lower regions are not as catastrophic because emerging fragments will burn up and decay.

Planet’s satellites, which use medium to high-resolution imaging to monitor agriculture and aid disaster responses, have also been designed to be highly manoeuvrable. Its Dove satellites do away with fuel and use a technique called differential drag — varying the aerodynamic properties of the satellite — to control its movement and prevent collision.

The key breakthrough for Mr Safyan is the sharing of data on satellite positions. Planet publishes its satellite position data on its own website and is a member of the Space Data Association, a non-profit organisation that supports the sharing of information between satellite operators. This has not been an industry-norm in the past, in part because collisions were not seen as a big threat before the Iridium-Cosmos accident in 2009.

According to Mr Safyan, small satellites have mostly come from places such as universities where collaboration is the standard, so by sharing this data, operators can avoid “false positives” — empty threats from negligible space junk and focus on objects of greater concern.

“The biggest thing is sharing data of where our satellites are and making sure space is an open environment to ensure safe operation with all satellites,” he says. 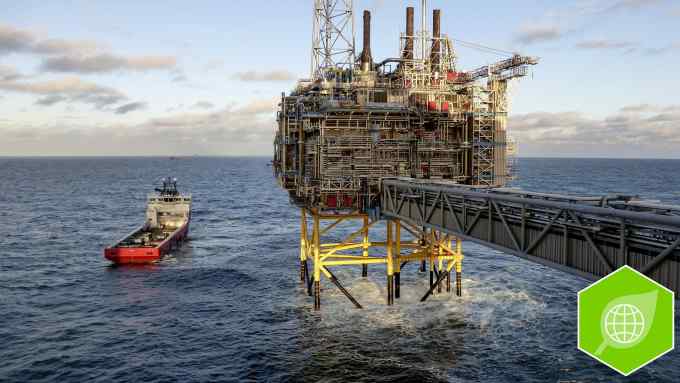