In her Stanford laboratory, Professor Leanne Williams is trialling a holistic approach to treating depression, which she hopes will become a future model of mental illness care. Using brain scans, blood tests, saliva samples and questionnaires, she gives targeted prescriptions based on her patients’ biology and history.

“I think it is bordering on negligence to not be using a [precision approach to depression care] now,” she says. “For something as fatal as depression, to almost say we are going to toss a coin and see how you respond — it is hard to believe we are still doing that when there is evidence for how we could refine [our treatment].”

Giving patients individualised diagnoses and precision treatments is increasingly common in care for cancer and some other physical illnesses. Now, scientists such as Prof Williams are researching how to better target depression treatment through genetic tests to predict responses to medication and analyse how depression manifests itself in individual brains.

They hope that this will not only lead to more effective treatment of a disorder that afflicts some 300m people globally, according to the World Health Organization, but also support research into personalising medicine for other mental illnesses.

“Depression has been at the forefront of personalised psychiatry research,” says Carmine Pariante of King's College London, who has detected links between inflammation and depression with blood tests and is part of a consortium of scientists trialling anti-inflammatories to treat some forms of depression. “We think about depression as if it were one unified illness, but in reality, different people get depression through different pathways [and should be treated accordingly].”

Although precision psychiatry remains largely in the research phases, there have been some early commercial applications of the approach. Spring Health, a New York-based healthcare start-up launched in 2016, asks patients about their depression symptoms and history online and uses an algorithm to recommend treatments and dosages. “What we need in the future is a way of linking the brain imaging and biological genetic information with what [Spring Health] are doing,” says Prof Williams.

Her lab puts patients through a series of “stress tests for the brain” before giving them MRI scans. Based on the results, she places her patients into one of eight subtypes of depression, linked to different brain abnormalities — including “rumination”, “anxious worry”, “inattention”, “negative bias” and “cognitive dyscontrol”. She then uses genetic information from blood tests or saliva samples to try to choose which drugs and dosages would be most likely to work for an individual.

Genetic tests are also being researched to tailor treatments for psychological therapies such as counselling. Thalia Eley at King’s College London is running studies with saliva samples to try to predict peoples’ responsiveness to cognitive behavioural therapy. She looks at whether patients’ DNA can be used as an indicator of whether they would be better suited to group or individual treatments — part of a field she calls “therapy genetics”.

Genes and other clinical variables could be a better basis for choosing treatment than the current model whereby doctors and patients have little to guide them, she says. “Many treatment decisions are [presently] made on the basis of what the individual feels is going to work for them [or] which has the shortest waiting list. It is not particularly evidence based, any of it, at the moment.”

In her most recent trial, Prof Williams saw about 320 people with depression and associated anxiety, giving one a form of electro-stimulation, another a drug that targets dopamine levels and a third a conventional antidepressant. She has just received funding to treat a fourth group with fast-acting ketamine.

She says that brain imaging allows her to predict with “70 per cent or higher” accuracy whether a patient will respond to a particular intervention, compared with about 50 per cent of patients who currently respond to their first antidepressant. Besides the group for whom anti-depressants do not initially work, about 20 per cent of people with depression do not respond to any of the current available treatments, says Prof Pariante.

“There is a lot of interest in brain imaging,” says professor John Isaac, senior director at Johnson & Johnson Innovation. “It is definitely an area of interest. At the moment, it is yet to yield very definitive biomarkers for personalising psychiatry, but there is some really intriguing data. I think there is huge promise there and a lot of really good work going on — we are keeping an eye on it.”

I am now wanting to accelerate the clinical translations of this into the real world to make it feel industrial strength. To make it able to run in a healthcare system and not in a Stanford laboratory

One limitation of Prof Williams’ approach is the cost of brain imaging and the logistical difficulties of getting patients to scanners. Prof Williams acknowledges that “you can’t have everyone come in for a brain scan”, but hopes that once she has gathered more data and refined her taxonomy of depression types and corresponding treatments, there could be proxies for analysing patients’ depression without scanning their brains.

Another challenge is securing funding and support to test her research on more people and see if these treatment methods can be applied on a broader scale. “I am now wanting to accelerate the clinical translations of this into the real world to make it feel industrial strength,” she says. “To make it able to run in a healthcare system and not in a Stanford laboratory.”

“There has been a lot of studies on patients, which are yielding interesting results [in the field of precision psychiatry],” says Prof Isaac. “The key next step is actually translating it into much more accessible and direct [interventions] for patients — there is always a significant amount of work between the research work and diagnostics.”

Mental health treatment should be prioritised / From Florence Fee, San Francisco, CA, US 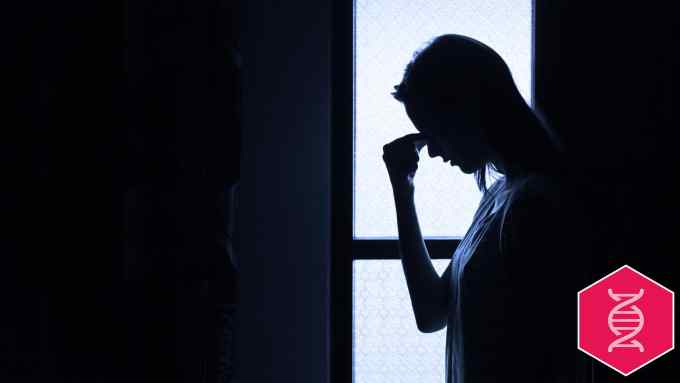