Asteroids to serve as refuelling stations for space exploration

Minerals, metals and water on planetoids could support missions into the solar system

Many asteroids are rich in minerals, metals and water, making them potential life support systems for humans venturing deep into the solar system.

Moreover, their relatively small mass means their gravitational field is weak, so in this respect, at least, they are much easier than larger bodies such as the moon to land on and leave, he argues.

Harnessing the resources of asteroids, says Mr Stibrany, would mean that people could eventually live, settle and work in space without having to take everything they needed from Earth.

In the near term, asteroids will function as “refuelling stations” says Chris Lewicki, president and chief executive of Planetary Resources, based in Redmond, Washington. Some may offer, for example, a ready source of rocket propellant — made from separating water into hydrogen and oxygen, that are expensive to bring from Earth.

The choice of which asteroids to begin mining will depend as much on location as composition. “You set them up near where spacecraft might be travelling when their tanks get empty,” Mr Lewicki says.

For the hundreds of asteroids that are relatively close, much initial prospecting can be done from Earth using telescopes with infrared spectroscopy, he says.

We can point the telescope at an asteroid, take some measurements and get a rough idea whether it might be rich in water and fuel.

“We can point the telescope at an asteroid, take some measurements and get a rough idea whether it might be rich in water and fuel.”

The minerals could be in a gravel-like form or even fine dust, while the water might be frozen or “locked in” to rock. However, as on Earth, says Mr Lewicki, “In order to figure out where to drill a well or dig a mine, ultimately you have to go there and take direct and detailed measurements.”

Missions involving large scale rocket launches from US space agency Nasa and Japan have begun to do this, but cost hundreds of millions of dollars. The development of small spacecraft, however, is making these projects more cost effective — a vehicle the size of a small refrigerator could be launched for less than $10m by hitching a ride on a commercial rocket.

Small spacecraft can also use a more environmentally friendly fuel once they are beyond Earth’s atmosphere, says DSI’s Mr Stibrany. DSI is developing a “green” propellant to replace conventional propulsion systems based on highly-toxic hydrazine.

A challenge for smaller spacecraft is ensuring their computer, communications and control systems can survive hazards such as solar radiation. Planetary Resources is testing some of the technologies that will be needed using a satellite it launched in January.

Pekka Janhunen, research manager at the Finnish Meteorological Institute, thinks that tiny spacecraft are the answer to exploring the many asteroids some 250m km away from Earth in the main belt between the orbits of Jupiter and Mars.

Weighing about 5kg and carrying a 4cm-8cm diameter telescope, these nanospacecraft would use electronic “sails” to harness thrust from solar wind. They could fly 1,000km from asteroids, enabling much finer detail to be seen than from Earth-based telescopes.

In 2016, Mr Janhunen and his colleagues submitted a proposal to the European Space Agency whereby a fleet of 50 nanospacecraft would each fly past six or seven asteroids during one complete orbit around the sun, taking about three years. “You would get image and spectral data of 300 or more asteroids, indicating which showed the presence of minerals or water in the surface layer,” he says.

The data would be stored on memory chips and transmitted during a final fly-by at about 60,000km from Earth.

The nanosatellite pictures would also reveal any asteroid “moons” of 5-10 metres diameter, which would not be visible from Earth. These could be “mined” more easily than the asteroid itself, says Mr Janhunen.

The technique would be to “wrap” them in a membrane and leave them to heat under solar radiation. The process would naturally extract the water and other volatile materials.

Detail of crater size would help assess the asteroid’s age and what size impacts it had survived. This is relevant for planetary defence, says Mr Janhunen.

“One way to deflect dangerous asteroids is by using some kind of impact or explosion, and it may be the only way if the warning comes late. But this might shatter the asteroid into multiple pieces, which, if they hit Earth, could be more damaging than doing nothing.”

Mr Janhunen’s proposal was selected as one of three themes in the ESA’s “call for new ideas” last year, and is being assessed by the space agency’s engineers.

In the longer term, the pioneers are confident that the resources of asteroids will be used for space manufacturing, construction and enabling the many other facilities essential for human habitation. 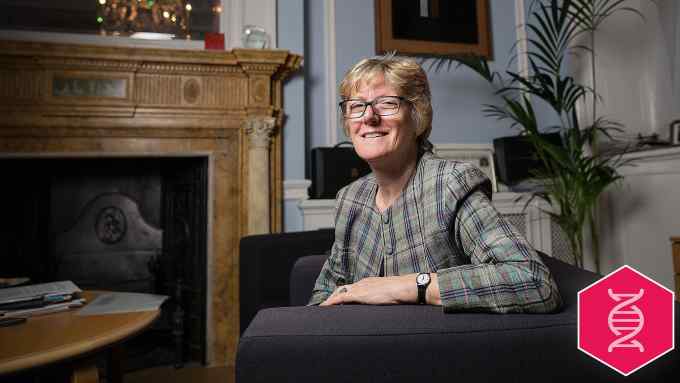