Networks of sensors can predict earthquakes with greater precision

The world’s nearly 5bn mobile phone users, however, are being drafted in to help — both in the aftermath of a disaster and to provide an early warning system.

One of the first things that people want to do after disaster strikes is make contact with emergency services and loved ones. Several mobile operators are formalising their role at these times of stress. For example Telefónica, which operates in countries like Chile which have a high earthquake risk, has teamed up with Facebook to embed the social network’s “safety check” into its artificial intelligence platform Aura so that they can more easily let friends and family know that they are safe.

Tigo El Salvador, a leading mobile phone operator, introduced a “zero rate” — where data for emergency communications do not count toward a customer’s bill — after an earthquake last June. In the Philippines, an area at high risk of tsunamis, mobile phone operator Smart sent out 10m texts and alerts to customers while its rival Globe delivered 250m free messages last year.

Now mobile phones can be harnessed to predict natural disasters as well as tackle their aftermath. Battalgazi Yildirim worked as a post-doctoral research fellow in the geophysics department at Stanford University before setting up Zizmos, a mobile phone-based earthquake detection system.

This start-up product, launched in 2015, offers a cheaper alternative to conventional detection and warning systems. Japan’s Earthquake Early Warning System, for example, cost $1bn over the course of 15 years, but is based on a limited number of sensors.

Zizmos hopes to establish a network of millions of low-cost sensors in urban environments to create a cloud-based detection system via the smartphone.

Its eQuake app uses the smartphone’s accelerometer, which measures the tilting motion, and compass, in order to crowdsource data when tremors occur. The data are transmitted back to the cloud where Zizmos systems monitor whether a quake is imminent and alert users to find a safe place.

The app received a $1m grant from Verizon and has been downloaded more than 100,000 times so far.

Yet phone-based systems have their limitations. The Zizmos app works only when the phone is connected to WiFi and stationary, sitting for example on a coffee table rather than in someone’s pocket. To extend its reach, Zizmos is also developing an internet of things module that can be installed in homes to act as “backbone” for the seismic network.

Ultimately a global earthquake early warning system could be established overnight, says Mr Yildirim, if smartphone makers embedded the technology directly into handsets, rather than relying on people to download an app. With millions more mobile handsets automatically sending tremor data, the accuracy of the system would increase.

“We strongly believe that the smartphone-based application is a very elegant solution, We also believe that it will [only be] a viable solution if one of largest phone manufacturers such as Samsung, Apple, Huawei or Google who has control on the Android operating systems [gets] behind it,” he says.

The satellite industry, too, is looking at doing more to predict earthquakes and tsunamis. The industry is preparing for “big leaps forward in sophistication” according to Paul Gudonis, head of enterprise at Inmarsat, the UK satellite communications company. This could include better earth observation images and networks of sensors installed in remote locations transmitting data via satellite to scientists.

Many countries most at risk “don’t have large pots of money” for advanced satellite links, says Mr Gudonis, but “necessity is the mother of innovation”. One example is sensors placed on fishing buoys that can monitor and predict swells in the water that could signal a tsunami. The sensors communicate the data via satellites as they are too remote to be covered by traditional telecoms networks.

Adding machine learning to the equation could take prediction to the next level. An academic paper published in the journal Science Advances in February argues that artificial intelligence could help build a sophisticated catalogue of seismic activity. The authors argue that AI can be used to better identify tremors and distinguish them from normal geological noise. The method is similar to the way digital personal assistants like Amazon’s Alexa that can isolate human voices from background noise in the home.

An AI system was tested in Oklahoma, which saw a huge spike in seismic activity three years ago. The ConvNetQuake neural network the academics developed detected 17 times more earthquakes than the Oklahoma Geological Survey, which used traditional earthquake monitoring methods.

The paper concluded that an AI approach would be ideal for places with high levels of continuous seismic activity, such as volcanoes, and areas at the boundaries of tectonic plates, whether Japan or the San Andreas Fault system in California. 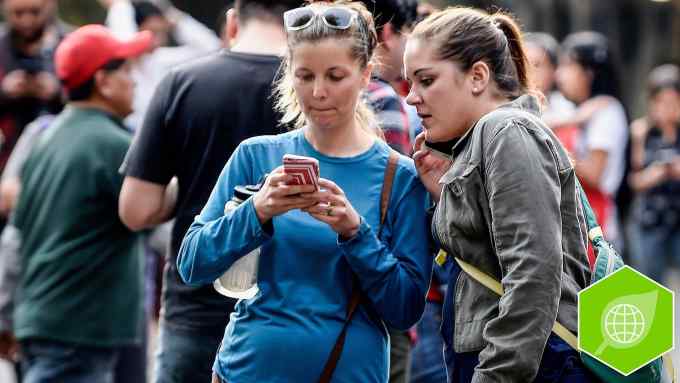