The new rave: what Pacha did next

DJ Pete Tong and club king Nick McCabe are taking the legendary Ibiza club to new places. But their latest collaboration, a hotel in Formentera, is more blissed-out calm than hedonistic

“Ibiza has a concentration of the best clubs in the world, each with different characteristics and all within a couple of miles of each other. Pacha was kind of the first one and has always had this unique juxtaposition of glamour and club kids all in one place,” says the big daddy of dance music, Pete Tong, who took up a five-year residency at Pacha in 2002 and created its Pure Pacha nights. Now his extraordinary experience as a superstar DJ, radio host, convention organiser and music producer is being tapped by the club as it opens the doors to a bliss-haloed hotel, Casa Pacha, on Ibiza’s sleepy sibling island Formentera. Here guests might find themselves waving at the ravers on Ibiza from a rattan lounger, sundowners in hand, reminiscing about epic nights out and foam parties while swapping life-coach numbers.

Now 60 and a multimillionaire, Tong was invited to this bricks-and-mortar party by Pacha Group CEO Nick McCabe, a well-seasoned fortysomething hospitality entrepreneur who oversaw the international expansion of the Hakkasan Group of dining, nightlife and hotel brands as its CEO from 2017 to 2019. “The wealth of insight he could offer was massive,” says McCabe.

Tong, who was based in Los Angeles for seven years before moving back to the UK in 2020, and McCabe, who lives between Los Angeles and Ibiza, have been plotting the venture remotely during the pandemic. Their mutual connections and networks intertwine back over the years. “We first met in Beverly Hills in 2019. Of course, what with him being a Geordie in Las Vegas and me being in LA via Kent,” smiles Tong. “Nick asked me to come on board. I have a long relationship with Pacha, going back to the late 1980s and 1990s, and there was no one looking at the brand with first-hand experience from the DJ perspective.” Tong is unifying its sonic vision with, among other things, a soon-to-be-relaunched record label.

Tong, who began his career running a mobile-disco van in Kent, has seen the sweaty underbelly of the White Isle as well as its sublime side. He first visited in the ’80s with a group of DJ mates who were on a mission to make a name for themselves. “Every summer is like the Olympics or World Cup final of music. DJs’ reputations are made on the island. Swedish House Mafia was born in Ibiza. In those days you played for free, and some nights worked, others did not – I got kicked off Amnesia in 15 minutes,” he laughs. “All the big UK clubs had residencies within the clubs. In 1991 I played at Space and have been back [to Ibiza] every year, with the exception of 2020.

“It is a creative place – you discover music, you get inspired to make music and music gets broken. There will be at least 10 tracks that go on to do bigger things every summer. People come to Ibiza to experience clubs and music but, from a DJ perspective, you have to be there if you want to be seen in the ‘premier league’. We travel all over the world – Chile, China, Russia, Canada and the US – and you play to the city you’re visiting. In Ibiza, all the countries come to you – there’s a truly international dancefloor,” he adds of the island’s unique make-up.

By contrast, McCabe first went to Ibiza on package holidays as a child and returned to go clubbing. “I got into dance music in the late ’90s, but I always thought Pacha was an impenetrable fortress,” he says. “I was not cool, nor did I have money, and did not think it was something I could access. It wasn’t until I spent time in Ibiza and immersed myself in what the island is that I realised that its non-clubbing aspect is as magical as the clubbing side. The juxtaposition of the hidden parts and the hedonism makes it so special.”

The quiet shores of Formentera (the 82sq km island is a 35-minute ferry ride from Ibiza) are protected by nature and marine reserves. The “dune” beaches, crystalline waters, cycling and hiking make it a haven. It attracts a mature, wealthy, footloose crowd who might now be more inclined to rise early for qigong sessions than to salute daybreak on the dancefloor of DC10. Reflecting that low-key mood, Casa Pacha Formentera offers just 14 rooms, each fitted with vast beds, polished-concrete floors, top-notch AV systems, natural wood and soothing sage, terracotta and pale-grey hues. Patricia Galdón Studio and the in-house design team collaborated with local artisans to create a “home from home” with a bar, restaurant area and beach club that looks out over Migjorn beach.

The music curation and entertainment programming is where Tong comes in with his subtle selection. “Guests might want a precursor before a night out at Pacha, or they might stay with their feet in the sand, eating grilled fish,” says McCabe. There are a small handful of hotels on Formentera – building permits are strictly regulated – and news of hedonistic Pacha (known as “The Cherries”) arriving caused consternation. “We have been careful to plan everything with respect to the natural environment and the hotel does feel like a product of its surroundings,” says McCabe. “It’s about being a good citizen on the island.”

In turn, Pacha’s swinging cherries logo is receiving a timely glossing-up as the group expands. The hotel is not the first Pacha outpost. It dipped its toe with El Hotel Pacha (a stone’s throw from the club), followed by the swanky beach resort Destino and the cabaret restaurant Lio, plus franchised nightclubs worldwide. This year, alongside Casa Pacha, branches of Destino and Lio will open on the Cycladic party isle of Mykonos. Further expansion is planned for 2022 onwards, turning Pacha Group into the top exporter of the Ibizan lifestyle. Its newish owners, Trilantic Capital Partners (in which the Reuben Brothers are investors), bought the group in 2017 from its Spanish founder, Ricardo Urgell.

But what are partygoers and hotel guests buying into? Pacha’s roots date back to 1967, when nightlife entrepreneur Urgell and his brother, Piti, first opened a club on the Spanish mainland in Sitges. In Ibiza, Urgell invested in an old finca on the outskirts of the old town and opened Pacha in 1973. It was a risk but people soon got a taste for the carefree glamour. Guests – jet-set and hippies side by side – danced like wild spirits in the labyrinth of white rooms that range from the intimate to the capacious, with roped-off enclaves for VIPs, a sunken dancefloor and open-air terraces. Like Annabel’s in London and Chez Castel in Paris, the experience blended a delicious sense of decadence and tip-top service.

Over the decades, Pacha has fallen in and out of fashion. The long-in-the-tooth St Tropez set, tiring of eurotrash, seized upon its charms in the 1990s; tech moguls and Russian oligarchs flocked to the club in the 2000s; and its residency programme has kept music connoisseurs coming back through the 21st century. With its quixotic mix of punters and inherent classiness, Pacha held its own against the behemoth clubs, including Amnesia, birthplace of British acid house; Ku, the 10,000-capacity superclub that later morphed into Privilege; Space, which closed in 2016; and DC10.

“When I first started talking about the residency in 2000, I remember being presented with what was known as the Red Book,” says Tong. The treasured album contains photographs of Pacha going back to its opening. It serves as a chronicle of nightclubbing history, yet far from a wall of fame/shame, the individuals in the photos remain unnamed: “The Red Book made me think about reinventing that glamour in the shape of Pure Pacha. It became damn cool again as we reintroduced the VIP element from the 1970s.”

Age and changing lifestyles mean that both Tong (a keen cyclist, father of four and stepfather of two) and McCabe (a father of four) are light years away from the excesses of the superstar DJ scene that was lampooned in the 2004 film It’s All Gone Pete Tong, in which character Frankie Wilde loses his hearing, falls apart and finally finds healing in a new love. And their tastes in hotels have evolved too. Tong’s outstanding stays include Fasano in São Paulo and Balazs hotels such as Chiltern Firehouse in London. For McCabe, The Upper House in Hong Kong comes to mind for its intuitive service.

After a year of lockdown, Ibiza will (if all goes to plan) receive an influx of party people this June. Losing yourself on the dancefloor will feel novel even for the most jaded of clubgoers. “I can already feel the optimism building and the energy changing,” says McCabe of his recent trip. What lies on the musical horizon? “The trend is no trend,” says Tong. “Through the pandemic, a new generation of music-makers have emerged who are not just about making bangers for dancefloors. The benchmarks of success have altered and, if there is a trend, it’s about more thoughtful music. But electronic and dance music is about the live experience. Which isn’t to say it doesn’t do well on streaming sites, but it needs to be heard in a social setting to understand the potency and to be enjoyed to the full.” Will Tong, true to his formative soul-playing days, be keeping the faith? “Keep it Kent, keep it real, keep the faith,” the legend replies.

Explore the series
READ MORE
Tales from the farmyard: an exclusive look inside The Newt’s new iteration 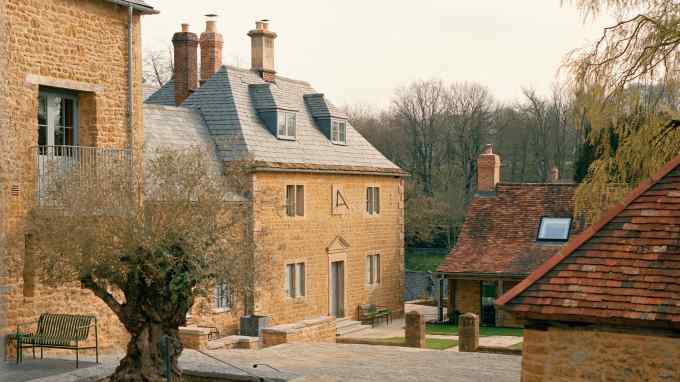