The 10 best climbs in Europe

As a young girl of nine, I stumbled upon a mobile climbing tower in a car park one drizzly Saturday morning. At the time, I couldn’t have imagined the beautiful places that the sport would eventually take me. That early period saw me devoted to indoor competition climbing, a discipline that is set to make its Olympic debut this summer. Training, travelling and competing as part of the GB climbing team resulted in national titles and international podiums. But as I grew more independent, I discovered rock climbing. Ascents in scenic landscapes across Europe – high in the thin air of the mountains, or above taunting waves on a sunny coastal cliff – were just the antidote to the routine and repetition of elite sport.

My favourite climbs require a delicate balance of technique, strength and mental composure. From a challenging first female ascent of a route near my childhood home in Scotland to high-altitude climbs in the French Alps, I never tire of the variety and adventure that the sport offers. Beyond the daredevil cliché that can distort it, there is an enriching fusion of people and place: a chance to see the world from new perspectives. Here are a few of my favourite destinations across the continent…

A Unesco World Heritage Site, the Dolomites are both stunningly beautiful and steeped in history. These jagged limestone towers were a bloody battleground during the first world war. A network of tunnels mined by soldiers remains, repurposed as vie ferrate: secured iron pathways that can be traversed as a leisure activity. For rock climbers, the Cinque Torri and Sass de Stria are accessible starting points in what can be an intimidating – but also awe-inspiring – landscape with Alpine weather systems and impressive storms. The altitude here ranges from 1,200-3,300m, so tuck in to the rich local cuisine, including cured meats, cheeses, polenta and dumplings. Book a rifugio (mountain hut) for a true Alpine experience. dolomites.org

The bustling town at the foot of Mont Blanc has evolved from a quaint Alpine village to an extreme-sports capital. From Les Gaillands, a roadside rockface in the valley, to more adventurous climbs at altitude in the Aiguilles Rouges, variety is Chamonix’s main attraction. The must-do cable-car trip up to the Aiguille du Midi summit brings you to 3,842m in just 20 minutes. If you’ve got a head for heights and crampon skills, try a guided climb of the famous Cosmiques Arête, which starts and ends at the Aiguille du Midi lift station. Post-climb relaxation can be found at the QC Terme spa, or rent one of the numerous chalets with a hot tub. Refuel with tartiflette or raclette, washed down with a glass of Haute-Savoie vin rouge. chamonix.com. Chamonix-based British Mountain Guide, bmg.org.uk. QC Terme Spa, qcterme.com

Don’t be put off by the concrete jungle of Costa Blanca’s tourist towns. The area boasts perfect orange limestone to accompany its year-round Mediterranean sunshine. Climb above the waves or on the less-exposed north side of the sublime Sierra de Toix ridge, which juts into the sea beside Calpe. Inland, the hillside crags near Finestrat and Sella overlook fragrant orange groves in a bucolic setting. If the athletic climbs exhaust your arms, a scramble along the Bernia Ridge – Costa Blanca’s breathtaking answer to Cuillin Ridge on the Isle of Skye – is perfect for “active recovery”. Hire a guide for the iconic 300m Peñón de Ifach above Calpe, or the 1,400m Puig Campana. Camping and villa rental, theorangehouse.co.uk; from €7 pitches to €2,400 exclusive use

The winding gorge of Velika Paklenica is a hidden gem on the Adriatic. Up front, this bike-friendly 14km corridor of grey karst limestone offers easy climbing and cafés in caves; deeper in lie more adventurous routes on the rockface of Anića Kuk. Further hiking leads to the summit of Vaganski Vrh, the highest peak in the Velebit mountains. Rent a cottage in the old harbour town of Starigrad, or book a night in the Paklenica Mountain Hut to make the most of one of Europe’s “last wildernesses” – but watch out for reptiles. Return to civilisation with a hearty stew or blitva in Zadar and a hard-earned day at the beach. Dinko Buffet, a climbers’ favourite, dinko-paklenica.com. Hotel Rajna, for rooms and bike hire, hotel-rajna.com. Paklenica climbing guidebook, paklenica-croatia.com. Paklenica Mountain Hut, np-paklenica.hr

One hour south-east of Paris, the historic Fontainebleau Forest is a jumble of sculpted sandstone boulders – including a dog, an elephant and a crocodile. You won’t need ropes; bouldering requires only climbing shoes, a safety mat and a chalk bag (plus the customary baguette, cheese and pastries). This is a playground fit for children and adults alike, with circuits of climbs numbered throughout the forest in coloured paint, denoting the difficulty levels. These vertical treasure hunts were historically used as training routes for the loftier climbs of the Alps. Rent a traditional gîte for a family trip, or stay at a luxury hotel in the environs of the ornate Château de Fontainebleau. Fontainebleau Climbs guidebook, v-publishing.co.uk. Gîtes de France, gites-de-france.com

The Balearic island is famous for its golden beaches, steep road-cycling climbs and 300 days of sun per year. These qualities also make it an attractive rock-climbing destination, with the option of cooling off in the sea afterwards. Cala Magraner gives routes straight off the beach, while Sa Gubia in the verdant Serra de Tramuntana mountains offers elevated climbs with spectacular views across the island. If you’re feeling brave, deep-water soloing involves climbing above water without ropes; Mallorca is the birthplace of the discipline, boasting some of the world’s hardest and scariest climbs. Test the water on easy low‑level sea traverses at Cala Barques. Rent a villa in Valldemossa, a charming mountain village, or one of the port towns. infomallorca.net

“Arctic archipelago” may not suggest a rock-climbing idyll, but in summer Lofoten – inside the Arctic Circle – combines ruggedness with scenic beauty. Jagged granite peaks soar out of the sea, surrounded by turquoise bays and colourful fishing villages. The scale can be daunting, but outcrops such as Paradiset offer shorter climbs. No trip is complete without climbing the Svolværgeita – “the Goat” – formed of two rocky spires; the challenge is to jump between the “horns”. For the even more adventurous, try a multi-pitch climb up the 500m pillar of Presten, which broods over the village of Henningsvær. Settle down to a lunch of fresh fish at the Klatrekaféen, the climbers’ café; relax in the cosy cabins of the Lofoten Ski Lodge; and catch the northern lights from August to April. Lofoten Ski Lodge, lofotenskilodge.com. Northern Alpine Guides, alpineguides.no

Historically overlooked by climbers in favour of the more established Mediterranean islands of Sardinia and Mallorca, the volcanic island of Sicily is an up-and-coming climbing destination. The limestone crags are close to one another and easy to travel between, from the imposing Monte Monaco, overlooking the aquamarine bay of San Vito lo Capo, to the mountains presiding over the Palermo cityscape. Bouldering on sandstone in the foothills of Mount Etna offers variety and stunning views of Europe’s highest active volcano, while Cala Firriato is an ideal location for accessible, low-level deep-water soloing. Relax your aching muscles in one of the natural hot springs, sample the Sicilian delicacies of arancini and cannoli, and admire the island’s eclectic fusion of historic architectural influences. visitsicily.info

The southernmost, Italian-speaking Swiss canton is home to the villages of Cresciano, Chironico and Brione: a trio of bouldering areas that combine warmer temperatures with picturesque Alpine settings. The quaint canton capital of Bellinzona is an ideal base; alternatively, to combine climbing with fine dining and culture, Lake Como is only an hour from Cresciano. Cresciano and Chironico are 30 minutes’ drive apart and offer granitic gneiss boulders, at a variety of difficulties, in a forest of golden chestnut trees. Brione is an hour from either location with more testing grades, but is arguably the most scenic spot with its tranquil riverbed setting and mountain views. lakecomo.is. ticino.ch. Ticino bouldering guidebooks, ticinoboulder.ch

Here you’ll find world-class climbing in varied settings, from historic slate quarries to mountain passes and coastal cliffs. At the Llanberis Pass you’ll find easy-access crags with plenty of character and spectacular views; try Carreg Wastad or Dinas Mot. The nearby Llanberis slate quarries are a test of footwork on sleek rock in an ethereal setting, where relics from the slate-mining days remain. A post-climb snack at Pete’s Eats, a storied climbers’ joint, is a must. For the gregarious climber, a trip to Anglesey offers up Holyhead Mountain, a haven of lower-grade traditional climbs with coastal views above Gogarth’s sea cliffs. Instructors and courses at Plas y Brenin National Outdoor Centre, pyb.co.uk. Pete’s Eats, petes-eats.co.uk

Explore the series
READ MORE
The new rave: what Pacha did next 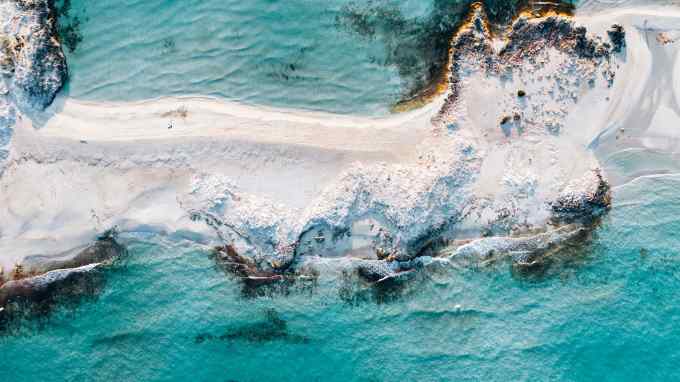