Dolly Parton greets the arrivals gate with a jump-kick and an enormous smile. The pope does wear a skull cap and gown even for take-off. It is very hard to make a tracksuit look chic, but Whitney Houston in a white shell suit and coordinating Fila sun visor can pull it off (Justin Bieber, in grey tracksuit bottoms tucked into rainbow socks, cannot). Jane Birkin makes walking through the airport with a large stick of duty-free cigarettes poking out of a wicker basket look cool. Miley Cyrus prefers a unicorn onesie and a Barbie-pink companion.

These are just some of the takeaways from Come Fly With Me, a new photography book from Rizzoli celebrating the history of celebrity airport style over the past 50 years. From a bowler hat-tipping Frank Sinatra in 1961 to a puffa-jacket-shrouded Rihanna, they tell a story of how radically fashion, travel and celebrity culture has changed. Edited by long-time Rolling Stone creative director Jodi Peckman and framed by journalist Jason Gay’s foreword, the images are punctuated by quotes on the subject of travel from various high-flyers: “Anywhere I go, there is always an incredible crowd that follows me. In Rome, as I land at the airport, even the men kiss me,” said Muhammad Ali, who is captured looking eminently chic in a cream suit. “I haven’t isolated myself,” Nicolas Cage insists, dressed in a louche rock ’n’ roll ensemble of leather trousers and leopard-print leather jacket. “I am not living on a yacht somewhere. I am not tucked away or behind a gate somewhere. I am not flying on a private plane. I am going to the airport.”

“Whether the subjects are strutting through the terminal as if in a runway show or consciously masking themselves from the paparazzi, all of them have a stylish, whimsical quality,” writes Peckman, whose own interest in this genre began with a photo of Paul and Linda McCartney shot in the early ’70s. “I loved everything about it,” she says. “A look at a famous family in such a public space, they seem so natural. They are not posing, they don’t look overly self-conscious, and their style is fabulous.”

What is most striking when looking at the collection is the casualisation of travel fashion, something that seems to have emerged with the era of mass travel beginning in the 1990s. Diana Ross at Heathrow Airport, in 1986, wears a fur-trimmed leather jacket, matching leather trousers and heeled boots. Prince in 1989 could be walking down a runway in his double-breasted windowpane suit; in 1997 Sharon Stone arrived at LAX wearing gold pyjamas.

Prior to the ’90s, travel was fun rather than perfunctory, explains Gay, something that was reflected in the wardrobe. “There was once a magical time when taking a trip on an aeroplane was glamorous – for everyone,” he writes. “Dinner was served with a knife and fork. Downtime was a cigarette and vodka in a glass. The flight didn’t have wifi, but it had seductiveness. And then have another cigarette and vodka.” Commercial travel, even in first class, is not what it used to be. Passengers “didn’t have to yank off their shoes at security”, he says. “They didn’t sit wedged into seat 35F paranoid about the sneezes of the barefoot schnook in 36E.”

The change in attire reflects a broader societal change as well. “The shift in fashion from a designer-led, coordinated dressing in the ’80s to a more casual, individual style reflected wider social trends,” says Dennis Nothdruft, head of exhibitions at London’s Fashion and Textile Museum. “The rise of Gen-X and the grunge movement ushered in a new way of dressing. There was also a spirit of thrift and vintage, of mixing styles and looks, and a general move away from power-dressing to a more subcultural anti-fashion.”

Beyond fashion, the images tell the story of how the nature of celebrity has changed. As they move into the ’90s, the stars begin to shy away from the camera – a reflection, perhaps, of the worsening relationship between celebrities and the media. Elton John arriving into Heathrow in 1982 (possibly returning from his Jump Up! tour) looks positively pleased to see the photographer. Cut to LAX in 2014, and Mary-Kate and Ashley Olsen are shown bundling themselves into the airport, arms raised to shield their faces, clutching each other for support. “It appears to be just another paparazzi shot solely intended for sale to the tabloids,” observes Peckman of the Olsens. “But the solid, amorphous shape captures the essence of these girls – twins, who seem to move through life as one unit.” But none demonstrates how far airport style has changed as well as the book’s opening image: Lady Gaga, in a flared red-and-white minidress, red panama hat and white sunglasses, strutting through the strip-lit walkway in LAX in 2015. She cuts a radically different silhouette to other 21st‑century celebrities en route to their planes. Stilettos rather than trainers, unburdened by even the smallest of bags, legs free of the customary swathes of cashmere or jersey. It’s a striking rejection of the elastane-laced fabrics and capacious totes that have come to characterise most flights. By evoking the tropes of 20th-century travel style, she aligns herself with the high-performance glamour of the stars of yesteryear, serving to remind us of the fun, style and glamour that travel can hold.

Come Fly With Me: Flying in Style by Jodi Peckman is published by Rizzoli at £22.50 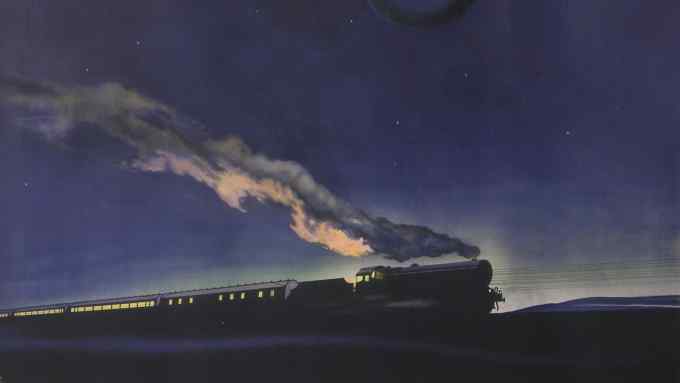