How well prepared is London for terrorism?

March and June brought the inevitable to London: in the space of three months, first on Westminster Bridge, then downriver, on London Bridge and Borough Market beyond, two deadly terror attacks ended London’s uneasy status as Europe’s most prominent capital unafflicted by Islamist terrorism in the age of Isis.

Since Isis first exhorted its followers to attack the west in mid-2014, Europe — the focus of the jihadis’ attention — has been struck by about 50 Islamist terror attacks. More than 300 citizens have been killed, according to Europol, the EU law enforcement agency.

UK counter-terrorism sources say London is home to hundreds of known Islamist extremists (compared with a Muslim population of more than 1m, or 12.4 per cent in the capital at the time of the last census in 2011). Scores of Londoners have joined to fight under jihadist black banners in the Middle East, Africa, the Indian subcontinent and beyond. Even before the rise of Isis, of course, London was a prime target for jihadist violence. Fusilier Lee Rigby was the city’s last victim of Islamist terrorism, murdered outside Woolwich barracks in 2013. Before that there were the “7/7” bombings of 2005, which claimed 52 victims.

London has a chequered history of terrorism, from anarchist plots in the 19th century to the IRA bombs of the 1970s, ’80s and ’90s, to the van that rammed into worshippers near Finsbury Park mosque this June. So why, until recently, had the capital enjoyed relative peace from the latest phase of Islamist terrorism in Europe?

“London is clearly a significant target, but it is in a pretty good place to cope with the threat,” says Jon Coaffee, director of the Resilient Cities Laboratory, a research group at the University of Warwick. “London is probably top of the international pile in terms of preparedness. If you want to see where the latest innovations in counter-terrorism security are, London is the place to go.”

The point about London is that you’ve got to think about the long tail of terrorism in the UK. It goes back to the IRA, if not further

Many cities around the world see London’s approach — on a municipal, government and bureaucratic level — as one to emulate. The capital has received delegations from as far afield as Abu Dhabi and Sydney to study and copy its practices.

Lord Harris, the peer and former counter-terrorism representative for the Home Secretary overseeing the Metropolitan Police’s security role, attributes London’s successes so far against terrorism to several factors. “Better and usable intelligence is number one,” he says. “Second is the work around trying to prevent radicalisation and tracking it through community policing. And third, London is prepared. A huge amount of work has gone into incident planning and response over the past few years.”

The UK’s intelligence agencies — MI5, MI6 and GCHQ — are among the most capable counter-terrorism forces in the world. Information gleaned from their work has thwarted more than 18 Islamist plots since 2013 in the UK, a third of them this year alone. Crucially, though, such intelligence filters down into a counter-terrorism system that has been decades in the making. London — home to 50 of the 73 most vulnerable sites in the UK, according to the government — is the focus of this approach. “The point about London is that you’ve got to think about the long tail of terrorism in the UK,” says Raffaello Pantucci, director of international security studies at the Royal United Services Institute, the defence and security think-tank. “It goes back to the IRA, if not further.”

Other countries, in contrast, sometimes struggle to make institutions work together. In the wake of the Paris and Brussels attacks of 2015 and 2016, the flaws of having multiple police agencies, with multiple jurisdictions, underfunded intelligence services and siloed counter-terrorism bureaucracies were very clear.

Paris invites comparison with London. Although France’s intelligence agencies are well resourced, the information they gathered was, until relatively recently, inadequately distributed or acted on. This was underlined by the sheer number of arrests (more than 400 in the past 12 months) that authorities have since scrambled to make in the wake of attacks. At the time of the November 2015 attack on a rock concert at the Bataclan theatre — the kind of scenario for which London’s police has practised for years — Parisian police seemed slow to react. When emergency response forces arrived at the scene, they decided not to enter the venue.

London’s architecture shows the benefits of a co-ordinated approach. After the Westminster and London Bridge attacks, protective barriers were erected on Thames crossings in areas nominally under the control of different authorities. Many of London’s urban spaces have counter-terrorism design built into them.

“Back during the height of the IRA threat this was thought about a lot,” says Pantucci. The City of London’s “ring of steel” — a network of police checkpoints, CCTV cameras and bollards — is an example. “After the 7/7 attacks there was a big push to revitalise this, which has stayed with us today.” Few large buildings or public spaces are built in London without consideration of terrorism and how to mitigate its impact.

According to Pantucci, however, London’s biggest advantage, similarly honed over a long period, is the joined-up nature of policing, intelligence and emergency response. A key component is a community approach to policing. The Metropolitan Police’s Muslim Contact Unit has worked for years to build ties with the community to gather intelligence and to prevent the radicalisation of vulnerable Muslims in the first place.

The broader UK strategy is known as “prevent” and has been criticised by community groups and civil rights organisations, which say its interventions can be stigmatising and clumsy. The government has pledged to overhaul the programme but, regardless, many counter-terrorism authorities around Europe see a community focus as essential to replicate in their own cities.

Flexibility has been another hallmark of London’s institutional approach. Government bodies and law enforcement agencies liaise continuously. The security operation for the 2012 Olympic Games in London forged many working structures that have remained in place since. It is not only a government-focused effort — under Operation Griffin police terrorism specialists regularly brief the private sector. In 2016, they gave 620 presentations to 17,000 people in positions of authority in London businesses and non-profit organisations.

The benefits of London’s longstanding counter-terrorism work are not just preventative. Lord Harris highlights London’s responsiveness to attacks as one of the city’s most significant accomplishments. After the murder of Lee Rigby in 2013, regular police officers took nine minutes to arrive at the scene; armed units took 14 minutes. In the meantime, response times have improved greatly. “During the London Bridge incident the first police were there within two minutes,” Lord Harris notes. “The first paramedics were there in four minutes. In eight minutes, all of the terrorists had been shot and killed.” London now has a 24-hour fast response police anti-terror team and in the next two years will gain another 600 armed police.

All of which is no reason for complacency. London has, to some extent, coasted on two advantages in recent years: firearms are far harder to come by in the UK than in continental Europe; and Isis’s networks have not had the same focus on the UK as they hitherto have had elsewhere.

Both are fragile consolations. Criminal firearm incidents in London have doubled in the past year. Plots have been foiled in which terrorists sought out automatic weapons in Britain. And while Isis has a francophone centre of gravity, attacks and plotting will become harder to detect and potentially more ambitious as its caliphate fragments and fighters disperse from the Middle East.

London, as Europe’s most global city, will be its most exposed — and its preparations most tested — as the aftershocks of the collapsing caliphate play out.

Since the 1980s, planners and counter-terrorism officials have been engaged in an ambitious project — to “design out” terrorism from London’s urban fabric.

“In most major cities now you can see counter-measures: hostile vehicle mitigation, barriers, bollards and gates,” says Jon Coaffee, director of the Resilient Cities Laboratory at the University of Warwick. “But it’s far more normalised and embedded in London.”

Counter-terrorism measures are rarely afterthoughts. Often they are integral to buildings, or even prominent parts of their aesthetics, as with the huge letters spelling “Arsenal” outside the football club’s Emirates stadium in north London: they can repel a truck, but crowds of match-day fans can easily flow through them.

Such ideas began with the threat posed by the IRA. But in the wake of the 7/7 tube and bus bombings in 2005, the UK government pushed for them to become even more mainstream. The Royal Institute of British Architects produces guidance for new large projects.

As terrorism evolves, however, new problems are presenting themselves. “We can talk all we like about bollards,” says Coaffee, “but if someone wanders around with a knife, some chemicals, perhaps some acid — how do we stop that?”

In a more digitally mediated world, some of the future answers may be online. Security authorities in the UK are working urgently on projects to see how social media and big-data analytics can be used to mitigate attacks when they happen — by rapidly mining and interpreting on-the-ground intelligence as it happens — or even prevent them.

Main picture: A Londoner looks at the messages of support and condolence at London Bridge following an attack this June in which eight people were killed. © Getty

A history of troubles

London has long experience of dealing with terror attacks. In 1867, attackers supporting the establishment of an Irish republic attempted to free a colleague from Clerkenwell Prison by blowing open its wall. No prisoner escaped but the bomb struck a nearby tenement, killing 12 and injuring many more. Dubbed the “Clerkenwell Explosion”, the attack severely harmed English sympathies for the Irish cause, drawing condemnation from figures such as Karl Marx, then resident in London.
Feargus O’Sullivan

Explore the Special Report
READ MORELondon and the World
A breath of fresh air: ideas to make London cleaner and greener 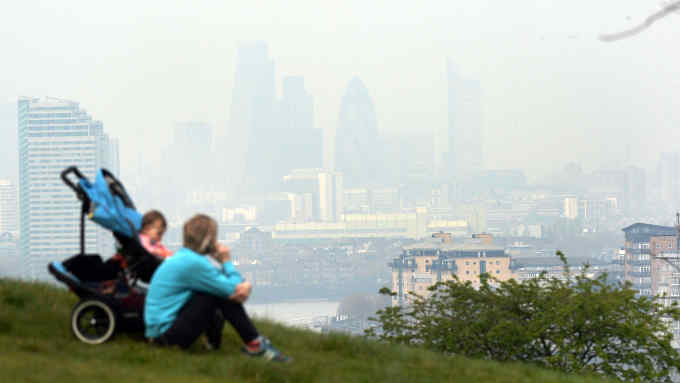