The London brewery Fourpure lists its address as Unit 22 on the Bermondsey Trading Estate, a typically gritty industrial setting for the modern craft brewer. The inside is dominated by squat metal vessels, including monolithic steel fermentation tanks that contain thousands of litres of beer undergoing the required alchemy.

But Unit 22 is not the whole story. Outside at the back, attached to a low wall, is a long pipe that runs for 40m before turning into another unit — Fourpure’s canning and kegging area, plus a centrifuge and other equipment that cleans and filters the liquid.

Apart from these two units, the brewery occupies three more on the estate and is waiting to move into another one. “None of it looked like this a few months ago,” says Adrian Lugg, head of marketing for the brewery. “And it won’t look like this in a few months from now.” He points to four new unplumbed fermentation tanks, bits of packaging still clinging to their conical bottoms. Eight more are on their way.

London’s craft brewing scene is going through a boom. From half a dozen breweries a decade ago there are about 80 today, typically tucked away in railway arches among scrap metal dealers, garages, building merchants and other grimy and mysterious lock-ups.

“London was late to the party — it was only around 2010 that craft brewing really kicked off there,” says Pete Brown, a writer and broadcaster who has written several books on beer, cider and pubs. “But then the brewers really went for it and London went from being at back of the race to out in front.”

The start-up stories of craft breweries vary, but a typical version begins with a couple of homebrewing friends, inspired by innovative beers encountered in bars around the world, buying some small-scale kit and earning the approval of family and friends before deciding they could earn a living doing this. Such, for instance, are the origins of Fourpure, founded in 2013 by brothers Dan and Tom Lowe.

At this point the stories diverge. Some craft breweries power on, pumping up the volume and finding new markets overseas. A few are taken over by the giants of the industry, often to cries of “sell out” by craft beer aficionados. The Greenwich-based Meantime, whose beers are ubiquitous in London pubs, was sold in 2015 to SABMiller and then, when SAB merged with AB InBev, was offloaded to Asahi, the Japanese group.

Camden Town was bought by AB InBev in 2015 while this year Carlsberg purchased the London Fields brewery in Hackney. Such deals give craft brewers instant access to new distribution and marketing networks, even if they claim to keep their daily operations independent.

Measuring a brewery’s output is important because in 2002 the government introduced the progressive beer duty scheme — a 50 per cent discount on excise duty for breweries producing up to 5,000hl a year (tapered until annual production reaches 60,000hl).

That has been a huge boost to small craft brewers but creates an obvious disincentive to increase output beyond that mark. Hence the decision by 84 per cent of respondents to Siba’s survey to keep production under 5,000hl. What is more, many brewers say the tapered relief is risible compared with other leading European beer producers. The progressive beer duty is in fact an EU rule that allows the 50 per cent maximum discount on annual production of up to 200,000hl. Germany chose to adopt the full allowance.

Allied to the economics is a cultural, hipster-driven imperative for craft breweries to “keep it real” — stay small, sell locally, defy convention. According to Siba, 65 per cent of its members’ output is sold within 40 miles of the brewery that makes it.

On the other hand, the data also show an increased willingness to find new markets. In its most recent member survey, Siba found that 23.5 per cent of respondents were exporting, up seven points on the previous year. Much of this was to Europe, where Siba claims “the thirst for quality beer is seeing a massive increase”. The top destination was Italy, which accounted for nearly 15 per cent of exports, though a cumulative 27 per cent went to Scandinavia.

Most (seven out of 10) of these breweries exported only a small fraction of their production — 5 per cent or less. But the survey showed that hundreds more were interested in exporting but were unsure about how to go about it or whether they could handle the business.

“You have to hit a certain scale before you can start thinking about exports,” says Brown. “But you can see such a diversity of ambition. You can tell Fourpure is hell bent on growth, while a brewery like Kernel [based nearby] is just in it to brew beer, not to grow a business.”

There are willing drinkers beyond Europe, too. Fourpure, which exports about 10 per cent of its 24,000hl annual production, sells mainly to Singapore, Japan, Australia and Sweden. “London is an extremely strong brand internationally and we have managed to position ourselves as having the London connection,” says Dan Lowe.

Older and better established London breweries have been exporting for decades. Fuller’s, founded in 1845 and based at the historic Griffin Brewery site in Chiswick, has been exporting since the 1960s and now reaches 85 countries, with Sweden and Russia among its biggest markets.

“Our 5.9 per cent [alcohol by volume] version of ESB [ale] is popular abroad,” says Georgina Young, head brewer at Fullers. “But in Russia they also like the Imperial Stout at 10.7 per cent, while in Brazil they love the organic Honey Dew [golden ale]. And there’s the Golden Pride — the 8.5 per cent version of London Pride [the company’s flagship ale]. Italy can’t get enough of that.”

Can craft beer be both craft and global at the same time? Young dismisses it as “a marketing term” and Brown agrees. “There will never be a definition you can pin down,” he says. “It’s more about intent — is the brewer in charge of what happens? Is the intent to brew the best beer possible or are you making compromises to please the accountants or marketing guy?”

Explore the Special Report
READ MORELondon and the World
Would more independence for London benefit the nation? 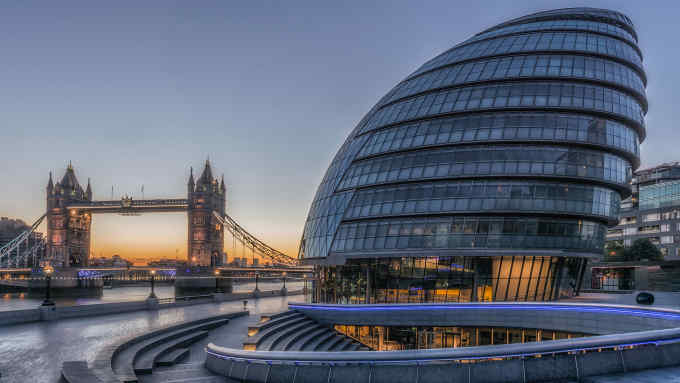