From kabaddi to kendo: foreign sports in London

Yoshihiro Takaya, 46, moved to the UK nine years ago to work as a doctor. Last year, he was treating a fellow Japanese man who trains at Nenriki, the oldest kendo club in London, founded in 1966. The patient suggested he come down to the club’s dojo, or training centre, near Elephant and Castle in south London.

It proved to be an unexpected way to meet people from across the city. “Not so many Japanese are there,” says Takaya. “Just one lady who has lived here for 20 to 30 years, and recently a young lady joined the club. The rest are the British or other EU people.”

Takaya grew up learning the martial art, which is often performed with wooden swords and light armour, and is grounded in the country’s samurai military tradition. In its modern form, fighters earn points for strikes to the head or body. Attacks take place with sudden, bewildering speed.

Takaya says that there are 30 to 40 regular members at Nenriki and believes there are few other cities in the world outside Japan where a similar club could survive. “London has the culture of diversity,” he says. “On that basis, people can find a lot of activities like martial arts. But in other countries… I think it’s difficult.”

Naneesh Bhathal, 20, from Hounslow, west London, was born in London to Sikh parents who were originally from the Punjab in India. Growing up, her family were keen kabaddi players. “I think it goes back to history and old times,” she says. “With kabaddi you don’t need anything — just a few people to play a game on the mat. It’s fun. It’s a big thing in the Sikh community.”

The sport, which originated in India, looks like a particularly violent form of tag, played between two teams. Players take turns in their attempts to raid the opposition half and touch members of the other team, while repeating “kabaddi” to show they have not taken a breath while in their rivals’ territory. The opposing team must avoid being tagged or tackle the “raider” before they can return to their half of the court.

Although kabaddi’s popularity is strongest among ethnic Indians in the UK, Bhathal insists that “now it’s becoming bigger, everyone is starting to play it”, helped by professional matches being screened on Sky television in the UK.

Now playing in a student team at Birmingham university, Bhathal has also made friends with players at universities in the capital, such as Imperial College London and the London School of Economics, where women’s teams have become established. “Everyone is just so nice, and so supportive, as everyone knows kabaddi is not as big a sport as others,” she says.

Hugh Wells, 25, moved to London from Sydney in 2015 to work as a hospital administrator. At a party last year he found himself chatting with one of the leaders of the Putney Magpies, an amateur Australian rules football team in west London.

It was not long before Wells became the club’s president, which he attributes to a quirk of the immigration system. “With the two-year visas [for many working Australians], you take on a lot pretty early, to be honest. The first-year players come in [just to play], but the second-year players are generally expected to do something and step up to senior positions at the club. So I have taken that on this year.”

The sport, known colloquially as “Aussie rules”, was founded more than 150 years ago. Matches are played between two teams of 18 players, who run with, kick and hand-pass a rugby-like ball to score in goals at opposite extremities of an oval pitch, 135m-185m long.

It is the most watched sport in Australia, though has not taken off widely in the rest of the world. The Putney Magpies run men’s and women’s teams, the club forming a natural community for fellow Australian expats. “We brand ourselves as a family,” says Wells. “When someone new comes, you bring them in socially and on the field.”

Silvia Bazzarelli moved from the Brazilian city of Santos, near São Paulo, to set up the London School of Capoeira in 1988, at a time when the martial art had only a small following in the UK. She was not put off by teaching only “very small classes” in the beginning. “In Brazilian culture, there is no incentive needed to go do something. Go get up and do your thing.”

Now 52, Bazzarelli remains a capoeira master at the school in Finsbury Park, north London, and has about 70 students regularly under her tutelage.

Though a martial art, capoeira mixes elements of dance and music, and when performed by skilled exponents, partners move together with mesmeric synchronicity. Capoeira’s origins date back the 16th century, when it is believed to have been created by west African slaves and became an activity that swept Brazil. Only in recent decades have Brazilian émigrés spread it around the world.

According to the 2011 UK census, there are an estimated 33,000 Brazilian-born people in the UK capital. The London school draws many of its students from other backgrounds: British, Italian, Spanish and Portuguese people have joined classes. The need to perform closely alongside others has created a community, says Bazzarelli. “It’s nice to see that the impact is not just in the classroom,” she adds. “It transcends into meeting other people, even getting married.”

While the second world war raged across Europe, an altogether more amicable struggle was taking place in London between two foreign armies: baseball teams from the US and Canadian forces. By 1942, troops stationed in Britain from both nations were forming baseball teams that drew to their matches large, eager crowds who welcomed a respite from the war. The Americans’ far greater numbers meant that they generally — though not always — had the upper hand in these clashes, as in the pictured game at Wembley in 1943, which they won 6-3.
Feargus O’Sullivan 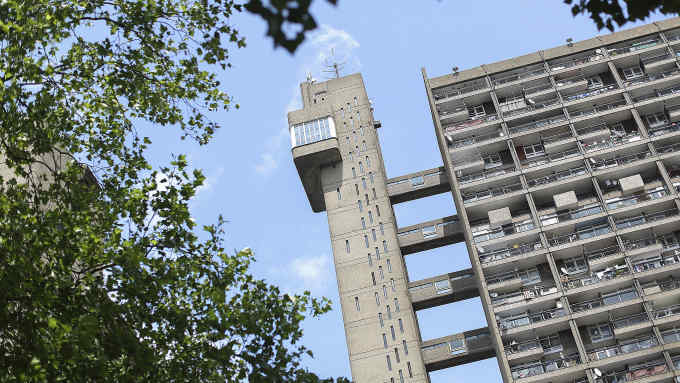