The foundations of today’s international space law were laid at the height of the cold war and the Soviet-American space race. In 1959, just two years after the Russians launched Sputnik, the first artificial satellite, the UN established a Committee on the Peaceful Uses of Outer Space. In 1967 the landmark Outer Space Treaty came into force with its declaration that “the moon and other celestial bodies . . . shall be the province of all mankind”.

This Treaty on Principles Governing the Activities of States in the Exploration and Use of Outer Space — to give its longer title — remains the cornerstone of international space law and is still attracting new signatories. Last August Bahrain became the 110th party to the treaty.

It was supplemented by four, more limited, international agreements brokered by the UN during the late 1960s and 1970s — governing the rescue of astronauts, liability for damage, registration of launches and lunar activities. No further space treaties have been drawn up since.

Yet the past 40 years, and the past two decades in particular, have seen space activities transformed, as a thriving private sector has moved into what had been almost entirely the province of governments. The 1967 Outer Space Treaty is excellent at defining responsibilities of member states — not to militarise space nor appropriate territory on celestial bodies, for instance — but understandably it fails to anticipate the extent and nature of commercial operations.

Because space belongs to no one, problems are emerging. Two issues stand out in particular as needing legal clarification: space mining and space pollution.

Plans to mine asteroids have receded into the future since the idea came to public attention less than four years ago. The moon is likely to be a more immediate target for commercial exploitation, with several ambitious start-up companies planning to extract lunar resources in the 2020s. They include ispace of Japan and Lunar Resources and Moon Express of the US.

Such moves would become possible, for instance, by using ice on the moon’s surface; it could provide water for lunar colonies, or be split electrically — using solar power — into hydrogen and oxygen to fuel spacecraft for further exploration of the solar system. Minerals and metals could be used similarly. Whether the Outer Space Treaty permits such activities is unclear.

In the absence of a clear international legal framework, individual countries are formulating national laws that allow their companies and citizens to exploit natural resources on celestial bodies. The US led the way with the Space Resource Exploration and Utilisation Act that President Barack Obama signed in 2015. Then Luxembourg, a small country with big space ambitions, followed suit in 2017 and UAE’s new space law will take effect this year.

In November, the UN Office for Outer Space Affairs (Unoosa) signed an agreement with the Luxembourg government to launch a project called Space Law for New Space Actors. It will help countries starting to develop space programmes to draw up legislation in line with international space law. Simonetta di Pippo, Unoosa director, says at least 70 countries already operate national space programmes “and many more are beginning to explore the opportunities offered by space activities”.

The other question, and arguably one that needs addressing more immediately than resource exploitation, is orbital pollution. Debris from defunct spacecraft is an ever-growing threat to the active satellites on which modern life depends, since they provide communications and broadcasts, navigation, weather forecasts and environmental monitoring.

According to Unoosa, almost 9,000 objects have been launched into space since Sputnik, and the total will rise rapidly during the 2020s as operators put up “constellations” containing thousands of small communications satellites.

The European Space Agency (ESA) estimates that more than 3,000 abandoned satellites are in orbit, as well as 34,000 fragments of debris larger than 10cm that would destroy an active satellite and untold millions of tiny pieces that could do serious damage with an impact in the wrong place.

In the absence of international law to force satellite operators to remove redundant spacecraft from busy orbits, voluntary codes have been drawn up by the UN and its affiliates such as the International Telecommunication Union. The 2007 UN Space Debris Mitigation guidelines are one example.

But Jan Wörner, ESA director-general, wants stronger measures. He says it should be compulsory for every new satellite to include a built-in mechanism to bring it down to burn up safely in the upper atmosphere at the end of its life. Otherwise the operator should be compelled to sign a de-orbiting contract with an external provider, probably a specialist company or space agency. Methods proposed by ESA and others include grabbing the junk with robotic arms, catching it in a net or harpooning it.

The communications satellite constellations planned by OneWeb of the UK and SpaceX and Amazon threaten a quite different sort of space pollution. Astronomers are voicing concern that the reflected light and radio waves from thousands of satellites will ruin observations by their sensitive telescopes.

In the absence of any global governance system to provide environmental protection in space, there may be little that astronomers can do about it, apart from shaming the satellite companies to do as much as possible to reduce the threat. SpaceX, for example, is experimenting with giving its next lot of Starlink satellites a less reflective coating.

It has been difficult to prevent pollution of unowned parts of Earth, such as open oceans and the atmosphere. Preventing a similar “tragedy of the commons” in space may be just as hard. 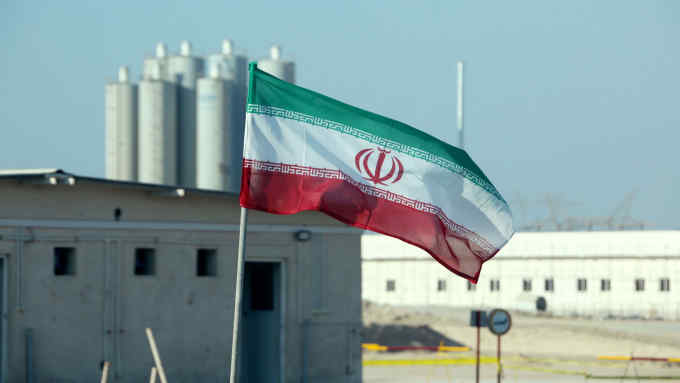