We’ll send you a myFT Daily Digest email rounding up the latest Globalisation news every morning.

For decades, governments across the world have operated on the assumption that globalisation is an unstoppable force. Whatever their ideological disagreements, countries as diverse as the US and China, Russia and Britain, embraced similar policies, based around expanding global trade and investment flows.

But the increasing rivalry between the US and China, allied to the outbreak of a global trade war, has put this process into reverse. The buzzword of the day is no longer globalisation but “decoupling”. The underlying idea is that, for a mix of economic and strategic reasons, national governments will seek to decrease their dependence on certain foreign markets and technology.

This process is now being led by the Trump administration in the US. One clear goal of the US trade sanctions imposed on China is to encourage the repatriation of some industrial production and supply chains. The US is also cracking down on technological imports and exports that are deemed a security threat — most notably by banning the Chinese telecoms company, Huawei, from buying American components and chips. This tech decoupling is also more and more likely to extend to people, with Chinese researchers finding it harder to get jobs and academic placements in the US.

The Americans argue that it was, in fact, China that began the decoupling process as long as a decade ago, when it started to block US tech companies such as Facebook and Google from accessing Chinese consumer markets. But America’s latest steps — retaliatory or otherwise — have prompted China to go further down the road to self-reliance. Huawei and other Chinese technology and industrial companies are increasingly looking to source chips and components in their home market.

The implications of decoupling are potentially drastic for some of the world’s leading companies. China is Apple’s second-largest market and Apple products are largely manufactured in China. Huawei, Apple’s Chinese competitor, had been expanding rapidly in the west. It also used Google’s Android operating system in its mobile phones, and will now need to develop its own apps and operating system.

The drive for decoupling comes from politicians and bureaucrats rather than the corporate world and so poses significant questions of governance. Because decoupling is all about the renationalisation of core competences, many of the key decisions will be made by national governments, rather than through international negotiations or multilateral bodies. But multilateral institutions will want to be involved in managing the process, so as to preserve as much as possible of the “international rules-based order”. In Europe, many of the key decisions are likely to be made by the EU.

The US already has a well-established procedure for vetting foreign investments known as Cfius, the Committee on Foreign Investment in the US. In March, it forced Chinese owners to set about divesting Grindr — a gay dating app — because of security risks. (It was apparently feared that the Chinese state could gain access to information that would allow it to blackmail Americans.)

America’s fear of both espionage and potential sabotage is growing. Security hawks point to the risk that malware could be planted in technology imports, potentially wreaking havoc on critical infrastructure. The vulnerability to espionage of data stored in the cloud is another concern, which has led policymakers to pay greater attention to where data-storage facilities are located. Meanwhile China, Russia and other countries are concerned about US espionage — especially since Edward Snowden’s revelations about the US government’s ability to access information stored by the US tech giants.

All this pressure towards decoupling poses interesting dilemmas for the EU. As in the US, European countries are increasingly worried about the implications of some Chinese foreign investments. Many, including Britain and Germany, are looking again at Huawei’s role in their domestic infrastructure. China’s purchase and management of European ports — such as Piraeus in Greece — has also aroused concern.

There is growing talk of the need for a co-ordinated EU response, and the establishment of a European version of Cfius. Next year an EU foreign direct investment screening directive will come into force. Although it stops short of a full-blown European version of Cfius, it does lay the groundwork for a common approach to sensitive foreign investments with pan-European implications. But there will also be some in Europe who regard America’s increasingly draconian attitude to Chinese investment as representing an opportunity for Europeans to attract some of the investment and expertise that might otherwise have flowed to the other side of the Atlantic.

Amid all this renationalisation of investment and trade policies, international bodies will struggle to maintain their powers and relevance. The World Trade Organization is already in trouble, with the US blocking the appointment of judges to its appellate court.

But it also remains possible that the world’s leading economies may take fright at the risk that tit-for-tat decoupling will drag them all into recession. If those fears grow, international rules and neutral arbiters could come back into fashion.

Get alerts on Globalisation when a new story is published 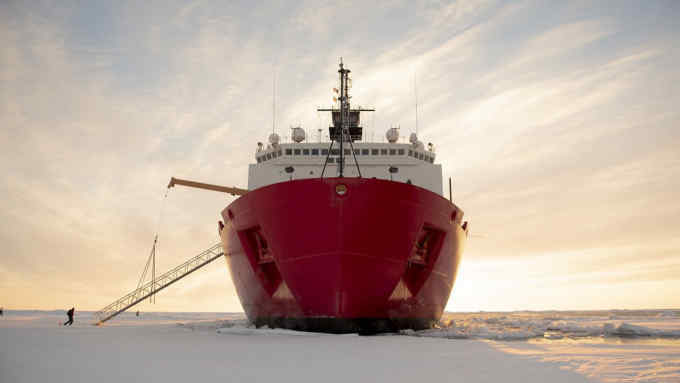