We’ll send you a myFT Daily Digest email rounding up the latest Tax evasion and avoidance news every morning.

One of the most striking by-products of globalisation has been the growth of cross-border tax avoidance.

The result has been intense tax competition between countries to attract investment, with the risk of a global race to the bottom. Concerted global action offers the best means of preventing such an outcome. Yet international co-operation on tax remains problematic.

That is not to say nothing has been achieved. In 2013, the OECD, a group of mainly developed countries, in tandem with G20 governments started a series of actions to tackle tax avoidance, to ensure that profits are taxed where economic activity and value creation occur. Prompted by the potential loss of corporate tax revenues, a shortfall that economists at the IMF have estimated at $650bn annually, more than 135 countries have joined in.

Estimated annual shortfall in revenues because of corporate tax avoidance

At the core of the work is Beps, the base erosion and profit shifting initiative, which refers to multinationals’ strategies to exploit gaps and mismatches in tax rules in order to shift profits to low- or no-tax locations.

The urgency of the task has been increased by digitisation because it is hard to establish where technology companies’ production takes place. Moreover, there is little relationship between a digital multinational’s revenues and its reported profits. Amazon illustrates the point. In 2018 its profits were just $10.1bn on $232.9bn of worldwide revenue, while its tax charge was a mere $1.2bn, of which more than a third was deferred.

Avoidance of this kind undermines the fairness and integrity of tax systems because it tilts the playing field in favour of multinationals at the expense of smaller domestic concerns.

As Simon Tilford, director of research at think-tank Forum for a New Economy has pointed out, the resulting tax competition encourages freeriding on public goods while eroding governments’ capacity to provide such goods. Like individuals, he adds, businesses are not wholly responsible for their own success. They would be nothing without access to a healthy, educated workforce, public infrastructure and legal systems that enforce contracts, patents and intellectual property.

Also heavily disadvantaged are developing countries because of their heavy reliance on corporate income taxes, especially from multinationals. Of the IMF’s $650bn estimate of revenue losses from tax avoidance, about a third relates to developing countries.

In a new phase of its anti-avoidance initiative, the OECD has proposed that multinational profits should be subject to a minimum rate of tax. This would reduce the incentive for companies to try to shift profits and establish a floor for tax competition between jurisdictions. In parallel, the EU has produced its own anti-tax avoidance directive, requiring member states to implement a common set of rules to address avoidance.

Now the Global Reporting Initiative, a not-for-profit setter of sustainability standards, is seeking to enhance transparency in this area. In a new standard it is calling for improved disclosure of corporate tax strategy, explanation of the reasons why the tax charge in financial accounts falls short of statutory headline tax rates, and country-by-country reporting of business activities, revenues, profits and tax.

Businesses would be nothing without access to a healthy, educated workforce, public infrastructure and legal systems that enforce contracts, patents and intellectual property

In a public consultation big business has pushed back against the OECD’s latest move. Others worry that the organisation’s work does not go far enough. The economist Joseph Stiglitz, co-winner of the 2001 Nobel Prize in economics, has described the Beps initiative as offering “only patchwork fixes to a fundamentally flawed and incorrigible status quo”.

Such is the political pressure arising from public discontent over multinationals’ low tax bills that many countries are resorting to unilateral measures against the big US tech companies. France has been in the vanguard, with a levy popularly known as the “Gafa tax”, in a reference to Google, Apple, Facebook and Amazon. Meanwhile the UK, Canada, Italy, Austria and Australia, among the developed countries, are also proposing their own digital levies, while Germany and Spain are reported to be considering similar action.

Yet this has opened a new front in the global trade war, with the administration of US president Donald Trump threatening to impose 100 per cent tariffs on $2.4bn of French exports including cheese, champagne and luxury goods. The White House has also mooted retaliation against other countries trying to raise taxes on US tech companies.

All eyes are now on the UK, where a Conservative government with a newly won, overwhelming majority has detailed plans for a levy of 2 per cent on the revenues of companies with a large digital presence. If it goes ahead, others will almost certainly follow. The balance between multilateral and unilateral approaches to curbing avoidance may thus be tilting towards the latter.

What is clear is that the pressure on debt-laden governments to squeeze more revenue out of the corporate sector is increasing. As Prof Stiglitz argues, “the world is facing multiple crises — including climate change, inequality, slowing growth and decaying infrastructure — none of which can be addressed without well-resourced governments”. While politicians will carefully weigh the potential cost of US retaliation, the temptation to engage in a unilateral assault on some of the world’s richest companies will be hard to resist. 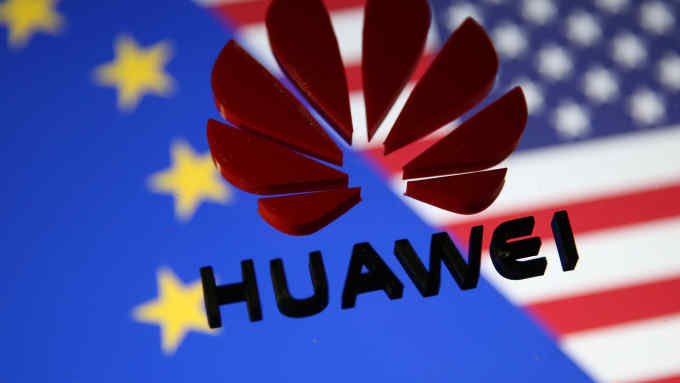