Billionaires feel the sting of a populist backlash

We’ll send you a myFT Daily Digest email rounding up the latest Billionaires news every morning.

Billionaire Michael Bloomberg’s entry into the Democratic party race to challenge US president Donald Trump highlights the unprecedented power accumulated by the ultra-rich.

Not for a century have billionaires had so much clout or caused as much controversy as now. The number of billionaires globally rose 55 per cent in the five years to 2018 to a record 2,230, according to GlobalData, a research company. It is the greatest concentration in wealth since the Gilded Age of US plutocrats at the end of the 19th century.

Many wealthy people have profited from revolutionary technological change, driven by the internet and digitalisation, which has created fortunes in everything from taxis to financial engineering. A few hundred have benefited disproportionately, establishing global businesses that critics condemn as monopolies.

Governments, regulators and tax officials have struggled to keep up, often leaving billionaires and their advisers to set the rules of the game. The losers, especially workers in industries hammered by upheaval and people living in those regions dependent on them, have responded with fury.

Politicians have called for tough responses, notably trade restraints, punitive taxes (especially on foreign entities), immigration curbs and an assault on the concentration of economic power. What began as a few cries of anger from a populist fringe has become mainstream.

Wealth-tax plans put forward by Elizabeth Warren, one of Mr Bloomberg’s rivals for the Democratic nomination, have provoked criticism from billionaires in a dispute that resonates globally. Lloyd Blankfein, the former Goldman Sachs chief executive, said on Twitter: “Vilification of people as a member of a group may be good for her campaign, not the country.”

In the UK, the opposition Labour party leader Jeremy Corbyn warned billionaires during his election campaign that they could “pay a lot more tax” if he won power. Germany’s Social Democrats, chancellor Angela Merkel’s coalition partners, have adopted the slogan “Prosperity for all not just riches for the few”.

Billionaires are fighting their corner, especially with regard to their businesses, but have given ground on areas ranging from workers’ pay and corporate tax to data management.

Countries are increasing minimum wages, notably the UK. Meanwhile, developed economies in the OECD have co-ordinated moves to stop multinationals dodging tax by booking profit from high-tax countries in low-tax jurisdictions. In data, the EU’s General Data Protection Regulation, regarded as super-tough when introduced in 2018, is becoming the global standard.

None of these changes is aimed specifically at billionaire-led companies but all have an effect on billionaires and how they are perceived.

For example, Facebook, the social media company, was once seen as a largely benign means of communication. Today it faces multiple regulatory challenges over how its data is used and misused. Its billionaire founder Mark Zuckerberg, previously seen as a useful geek, is now cast as a threat to democracy, including by Hillary Clinton, the former US presidential candidate.

On top of this come calls for higher taxes for billionaires, especially in the US. Wealthy people, including Microsoft founder Bill Gates, were initially supportive but Ms Warren’s plan for a wealth tax — rather than the higher income taxes Mr Gates backed — has spooked America’s rich. They fear her ultra-millionaire tax of 2 per cent on assets above $50m and her 4 per cent “billionaire surtax” (6 per cent in total) on assets above $1bn.

Josef Stadler, head of the ultra-high net worth unit at UBS, the world’s largest private wealth manager, told the FT in November that there was “a natural tendency today to be critical when it comes to wealth accumulation. There is sometimes a fear that there is a new aristocracy coming.”

He said such concern had gone too far, with insufficient credit given to billionaires for their talent and capacity to reshape industries by taking risks that others shun. “I am not saying billionaires should be heroes, but at least they should be recognised [for what they do].”

This, though, is a hard sell at a time when the middle classes, and not only factory workers and administrative staff, feel they are losing out due to technological change and globalisation. They have seen living standards slip, at least in relative terms.

The OECD says the average income of the richest 10 per cent of the population in member countries is about nine times that of the poorest 10 per cent, up from seven times 25 years ago.

“The economic crisis [the 2008 crash and its aftermath] has added urgency to the need to address inequality,” says the organisation, even though economists still argue over the causes of inequality and how much it has increased in recent decades.

Matthew Fleming, a partner at Stonehage Fleming, a UK wealth adviser, warns that the rich risk losing the argument, even if they give away their money through philanthropy. 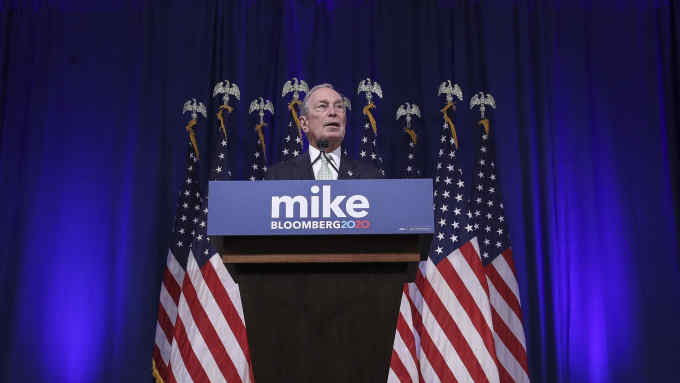