From the Arctic to sub-Saharan Africa, and from the Middle East to Central Asia, climate change is turning cross-border competition for natural resources into a defining feature of international relations. Population growth and rising consumption of food and raw materials are exacerbating the impact of environmental degradation in less developed areas of the planet. For the future, the question is whether governments and international institutions will reduce the risk of conflicts over natural resources in a world characterised increasingly by Great Power rivalry and the erosion of the post-1945 order.

Climate change is rarely if ever the sole cause of a conflict between or within states. Historically rooted territorial disputes, the political manipulation of ethnic rivalries, misgovernment, poverty and other factors play a part in stoking tensions. But competition for resources such as minerals, fresh water and arable land often intensifies these problems. The UN Office for the Coordination of Humanitarian Affairs estimated in a report last year that water had been a major factor in conflict in 2017 in at least 45 countries, especially in north Africa and the Middle East.

In the Arctic, the challenge is competition among advanced countries in one of the world’s most resource-rich areas, which is opening up because of steady reductions in sea ice. At a conference in May in the Finnish region of Lapland, US Secretary of State Mike Pompeo observed: “The Arctic is at the forefront of opportunity and abundance. It houses 13 per cent of the world’s undiscovered oil, 30 per cent of its undiscovered gas, an abundance of uranium, rare earth minerals, gold, diamonds, and millions of square miles of untapped resources. Fisheries galore . . . Do we want the Arctic Ocean to transform into a new South China Sea, fraught with militarisation and competing territorial claims?”

Against this background President Donald Trump aired the idea that the US might buy Greenland from Denmark, resurrecting a proposal that Washington had formally put to Danish leaders without success in 1946. In large part, Mr Trump’s initiative was a response to what the US sees as an unwarranted Russian military build-up in the Arctic, and to the increasing assertiveness of China, which in January 2018 defined itself as a “Near-Arctic State”. Denmark swiftly rejected Mr Trump’s proposal.

The episode underlined, however, that the main multilateral framework for co-operation in this region — the Arctic Council, established in 1996 — may not be robust enough to regulate Great Power competition. Up to now, Arctic co-operation has in many ways been insulated from frictions elsewhere, including Russia’s annexation of Crimea from Ukraine and US-Chinese trade tensions. However, some Arctic Council governments regard the organisation as under-resourced and unwieldy, with eight permanent member states and 13 non-Arctic states as observers. Various non-governmental bodies, such as the Association of World Reindeer Herders, also enjoy observer status.

The same ineffectiveness may become true of the Nile Basin Initiative, which 10 countries set up in 1999 to ensure equitable use of the Nile river. Here the main point of tension is the Grand Ethiopian Renaissance Dam, which is due to be fully operational in 2022 as Africa’s largest dam. Ethiopia’s authorities see the project as crucial to the country’s economic progress, but Egypt regards it as potentially threatening the availability of water within its borders.

Modern climate change forms the backdrop to this dispute, which traces its origins to the 19th century. Rainfall rates are falling, droughts are more frequent and deforestation is spreading in the region. Land erosion is increasing sedimentation of the Nile and reducing the effectiveness of irrigation and hydropower projects. Egypt, Ethiopia and Sudan are experiencing rapid population growth.

Abdel Fattah el-Sisi, Egypt’s president, and Abiy Ahmed, Ethiopia’s Nobel Peace Prize-winning prime minister, agreed in October to resume talks on settling the dam dispute. They reached this accord on the sidelines of a Russia-Africa summit in the Black Sea resort of Sochi, at which Russian President Vladimir Putin offered to broker a solution. Only weeks later, Mr Trump countered the Russian initiative by hosting talks among Egyptian, Ethiopian and Sudanese officials in Washington. In this way an African dispute shaped partly by climate change is turning into an arena of Great Power rivalry.

International involvement in disputes over borders and resources can bring positive results. One example is the settlement of the secessionist insurgency in Aceh, Indonesia, that arose in the 1970s over oil and natural gas reserves. However, as the London-based Royal Institute of International Affairs noted in a 2015 report, “the international community is becoming much more heterogeneous”. China, some Gulf states, India, Turkey, regional bodies and private sector entities are joining the US, Russia and others, including the UN, in seeking roles in dispute resolution. The risk is that these trends will make it harder to ensure that competition for resources and border disputes is managed in a co-operative way. 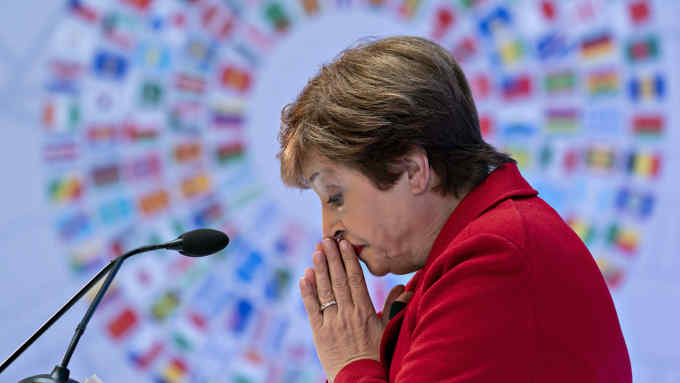