Anyone strolling through the gleaming corridors of the IMF headquarters during its annual gathering last month would have got the impression that global economic governance was in rude health. The nations of the world had unanimously selected Kristalina Georgieva as the new IMF managing director and there was no griping about whether she was up to the job or whether her appointment had been a European stitch-up.

Lesetja Kganyago, governor of the Reserve Bank of South Africa, said the meeting was “historic” because, as chair of the IMF’s governing body, he and the managing director were “both from emerging market countries”. Ms Georgieva, a Bulgarian national, returned the compliment and, in a wider statement on global economic governance today, welcomed the “commonality in views expressed . . .[and] the actions that need to be taken”.

But behind the warm words and positive public sentiment around 19th Street in Washington, some dark fears surrounded the meetings. With many arguing that the world economy was already suffering from a lack of effective co-operation, there were warnings that if things got worse, the world would not come together as it did in 2008-09 to resolve a crisis.

Trade lies at the heart of the concerns over global co-operation. Since Donald Trump started raising tariffs, the US president’s desire for trade conflicts has chilled the global economy. The IMF has estimated that by 2020 it will knock 0.8 per cent off global output. The spectre of such disruption has frozen investment plans because companies cannot guarantee that the opportunities they see will not be removed by politics.

The World Trade Organization, the body created to oversee global commerce, and provide a set of rules to operate within, has been shown to be toothless in the tit-for-tat trade disputes and has lost many of its powers. The US refusal to approve appointments to its appeals court will leave it unable to take on new cases from December.

And if central bankers were the saviours of the world in the global financial crisis a decade ago with a co-ordinated loosening of monetary policy, this could not happen again as interest rates remain too low to allow any such room for manoeuvre. Worse, the rock-bottom rates of the past decade have encouraged a huge build-up of debt, which is threatening to make the world economy more vulnerable, warns the IMF.

Erik Nielsen, chief economist of Italian bank UniCredit, says: “The sad state of global politics was discussed in virtually every coffee break [of the IMF meetings],” adding that in his “Mecca of multilateralism” he had not found anyone confident about US trade policy, Brexit policies, Chinese foreign influence or global economic governance.

With trade relationships deeply troubled, the outlook for economic co-operation worldwide may seem bleak. But there are a few areas that will test whether progress is still possible.

The most visible of these is the taxation of multinationals. With the encouragement of policymakers around the world, the OECD has embarked on an attempt to find a new compromise in taxing digital giants and multinationals with powerful brands. If implemented, reform would overturn international tax rules that have been in place for nearly a century.

The OECD is pursuing its initiative at breakneck speed, in hope of finding a new consensus by next summer. That will essentially mean eliminating the gaping holes in the current regime by devising a global system that charges companies more, and redistributes some revenues from low-tax countries like Ireland and the Netherlands.

The IMF’s board of governors, comprising member states’ finance minsters, has welcomed the initiative. Responding to it at last month’s meetings, the governors remarked that “we are working toward a modern and globally fair international tax system, particularly taxation related to digitalisation, and will address harmful tax competition, artificial profit shifting, and other tax challenges.”

Success would be a huge achievement and would prevent further escalation in trade disputes, which would be almost inevitable if the initiative fails and countries take unilateral actions.

In financial regulation too, there have been few instances of countries seeking to profit from significant relaxation in their regulations to attract new business, while there has been a global effort to ensure that rules apply to new technology, such as Libra, a new international payments system proposed by Facebook.

Ahead of the IMF meeting, the global Financial Stability Board, backed by the G7 and the G20, indicated that it would prevent Libra from establishing itself until a “host of challenges” and “regulatory gaps” had been “assessed and addressed as a matter of priority”.

And though central banks may no longer be able to co-operate on monetary policy, they are paving the way for greater co-operation on the risks that the climate poses for financial stability.

Speaking at the UN in September, Bank of England governor Mark Carney hailed the role of regulatory co-operation in complementing other, more direct climate policies; initiatives he cited included forcing banks and insurance companies to disclose their exposure to climate risks according to international standards, and promoting similar global standards for “green” investments.

Examples such as these show that governance of the global economy is far from dead. But what international regulators need to demonstrate now is some quick wins, particularly in taxation, to show that benefits flow from co-operation. Otherwise it will be difficult to counter the relentless message of division that global politics currently produces.

Explore the Special Report
READ MORE
Who is in charge of the high seas? 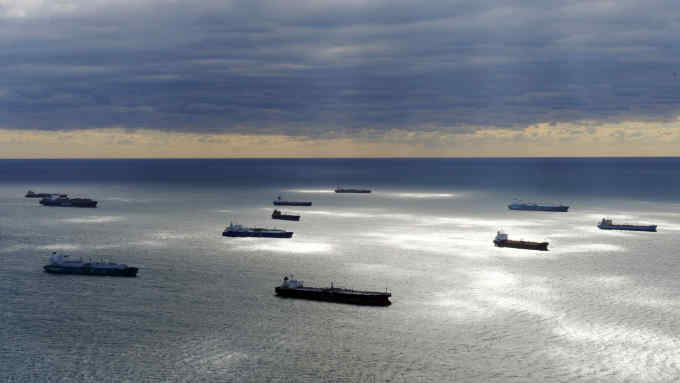